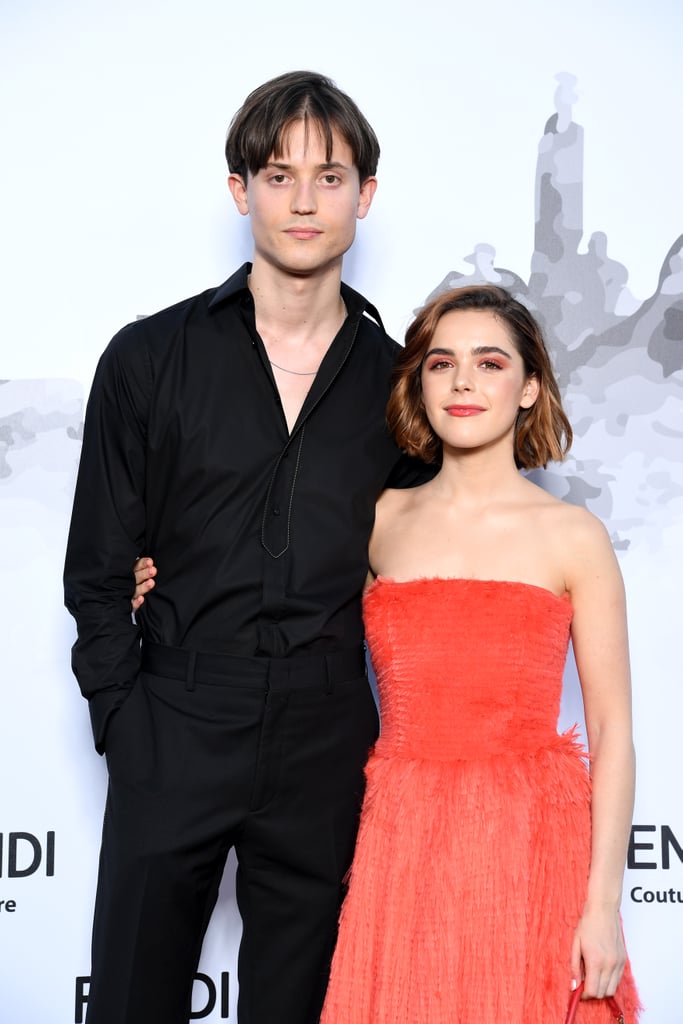 Director Christian Coppola (who's a "distant relative" of the Hollywood Coppola family) first appeared on Kiernan's IG page in April 2019, and awkwardly enough, Kiernan's maybe-then-boyfriend Charlie was also in the pic. However, it wasn't until the two attended the Fendi show in Rome together in July 2019 that romance rumors started flying — especially after Kiernan posted a pic on Instagram from the event captioned, "MY LOVE." In October, the two donned matching devil costumes for Halloween, and after her 20th birthday party, Kiernan even posted a black-and-white photobooth pic of her and Christian with the caption, "I love you."

Just like with Charlie, Kiernan has never confirmed whether or not she's dating Christian, but it seems pretty clear to us these two have been an item. Though she and Christian generally keep quiet about their love, they posted a few more cute couple pics over the course of 2020. Since then, they've become dog parents, and judging from Kiernan's latest pic of the two together in July 2021 (which she captioned with the pun "Christian Mingle"), it appears the two are still together.