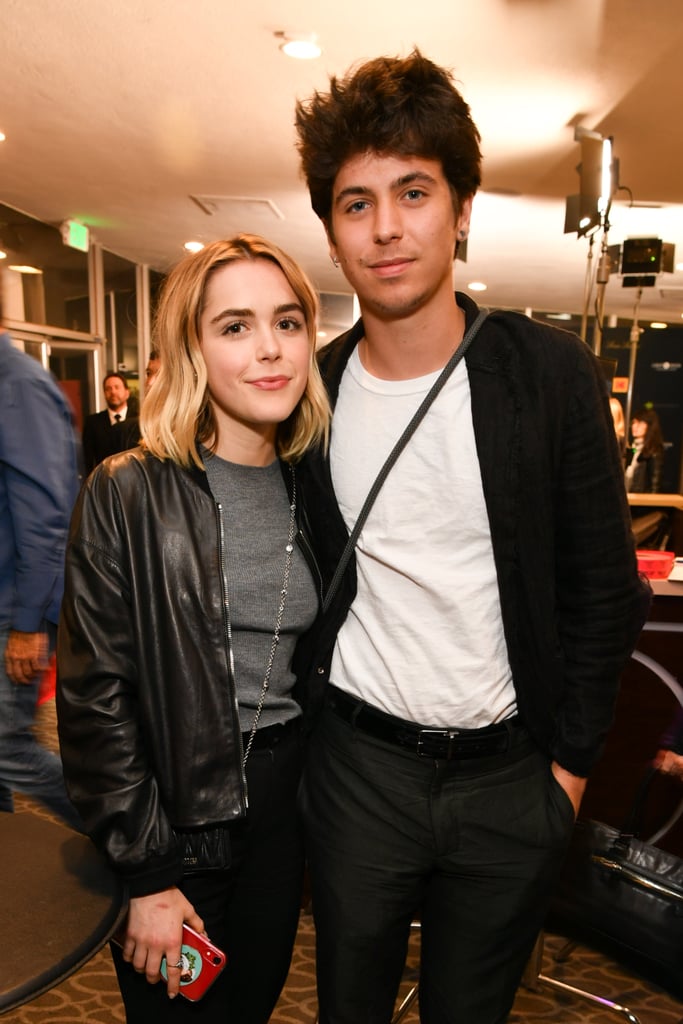 Kiernan was first romantically linked to Gary Oldman's son Charlie in March 2019 after she was spotted having dinner with him at Chateau Marmont in West Hollywood. In April, Kiernan also accompanied Charlie as his date to a movie premiere in Los Angeles. Just a day after that, Charlie shared a selfie of him and Kiernan on his Instagram account, which he captioned with a simple heart emoji. Though neither Kiernan nor Charlie ever confirmed their relationship status, it seems as though the relationship was short-lived. By July 2019, Kiernan was linked to a new man, but don't worry — we don't think there's any bad blood between the two. After attending Kiernan's 20th birthday party in November 2019, Charlie posted a photobooth pic of him, Kiernan, and Kiernan's new BF on IG with the caption, "Choose your fighter. Happy birthday kiki," and he even added a heart emoji. Gotta love amicable exes!