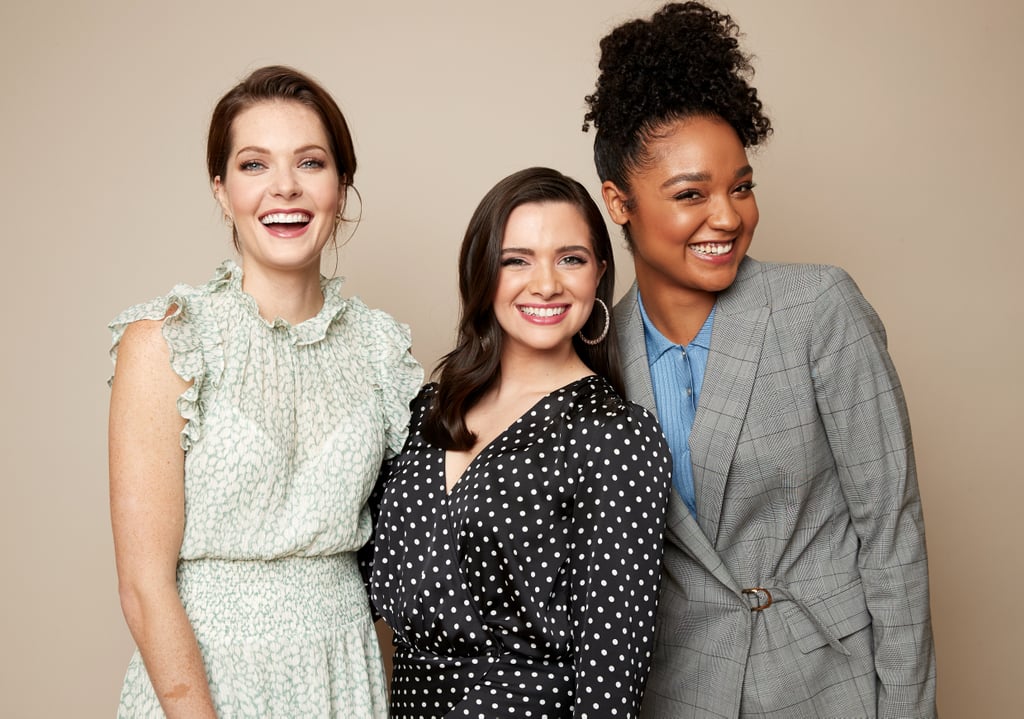 Want to Know What True Friendship Looks Like? Allow The Bold Type Cast to Show You

If you look up the definition of "friendship" in the dictionary, you'll probably find a photo of Katie Stevens, Aisha Dee, and Meghann Fahy. The trio star as best friends Jane, Kat, and Sutton, respectively, on Freeform's The Bold Type, and much like the show, they're just as tight in real life. In fact, when Meghann first met the ladies, she said it felt like they "had already been best friends for years." "It's crazy. That first night, it felt like we had known each other forever," Aisha previously told Entertainment Tonight about their first meeting.

Four seasons later, and their friendship only seems to have gotten stronger. "[The show] reflects our relationship in real life," Katie told Glamour. "If we're on set and one of us is not having the best day, the other two are like, 'All right, today's your day. We're going to lift you up.'" The season four finale of The Bold Type is set to air on July 16, but if you're not ready to say goodbye just yet, take a look at the cast's sweetest moments together ahead. Here's to hoping we get a season five!

Rihanna
"Bling Empire" Star Kane Lim on His Friendship With Rihanna: "I've Known Her For 7, 8 Years"
by Monica Sisavat 6 hours ago