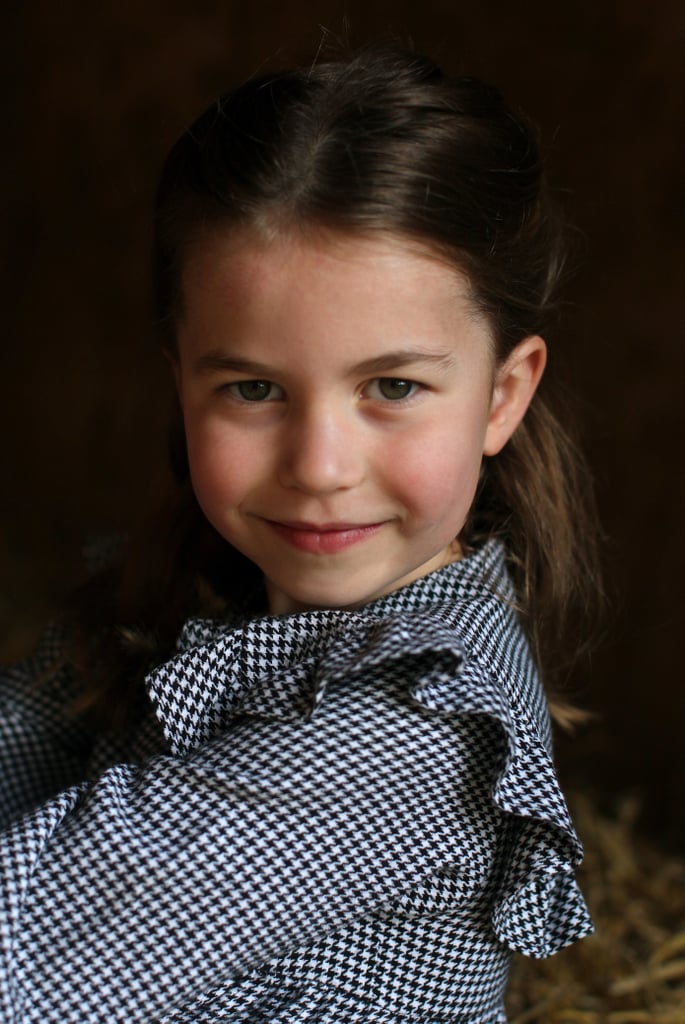 Princess Charlotte is turning 5! Ahead of her birthday on Saturday, Prince William and Kate Middleton released a series of new portraits of their daughter. "The Duke and Duchess of Cambridge are very pleased to share four new photographs of Princess Charlotte ahead of her fifth birthday tomorrow," Kensington Palace wrote on Instagram. "The images were taken by The Duchess as the family helped to pack up and deliver food packages for isolated pensioners in the local area."

It's hard to believe that it's already been five years since we got our first little glimpse of the adorable Princess Charlotte — the Duke and Duchess of Cambridge's daughter and middle child — outside the Lindo Wing of St. Mary's hospital in London. Just last week, the royal family celebrated another special day: the second birthday of Charlotte's younger brother, Prince Louis. And although they aren't able to plan a big celebration for their birthdays this year due to COVID-19 lockdown in the UK, they still found a way to mark the days at their home, Anmer Hall in Norfolk.

It's become a sort of birthday tradition for the Cambridge family to release new portraits taken by Kate. The photos released of Princess Charlotte are, of course, gorgeous. See Charlotte's sweet portraits ahead!