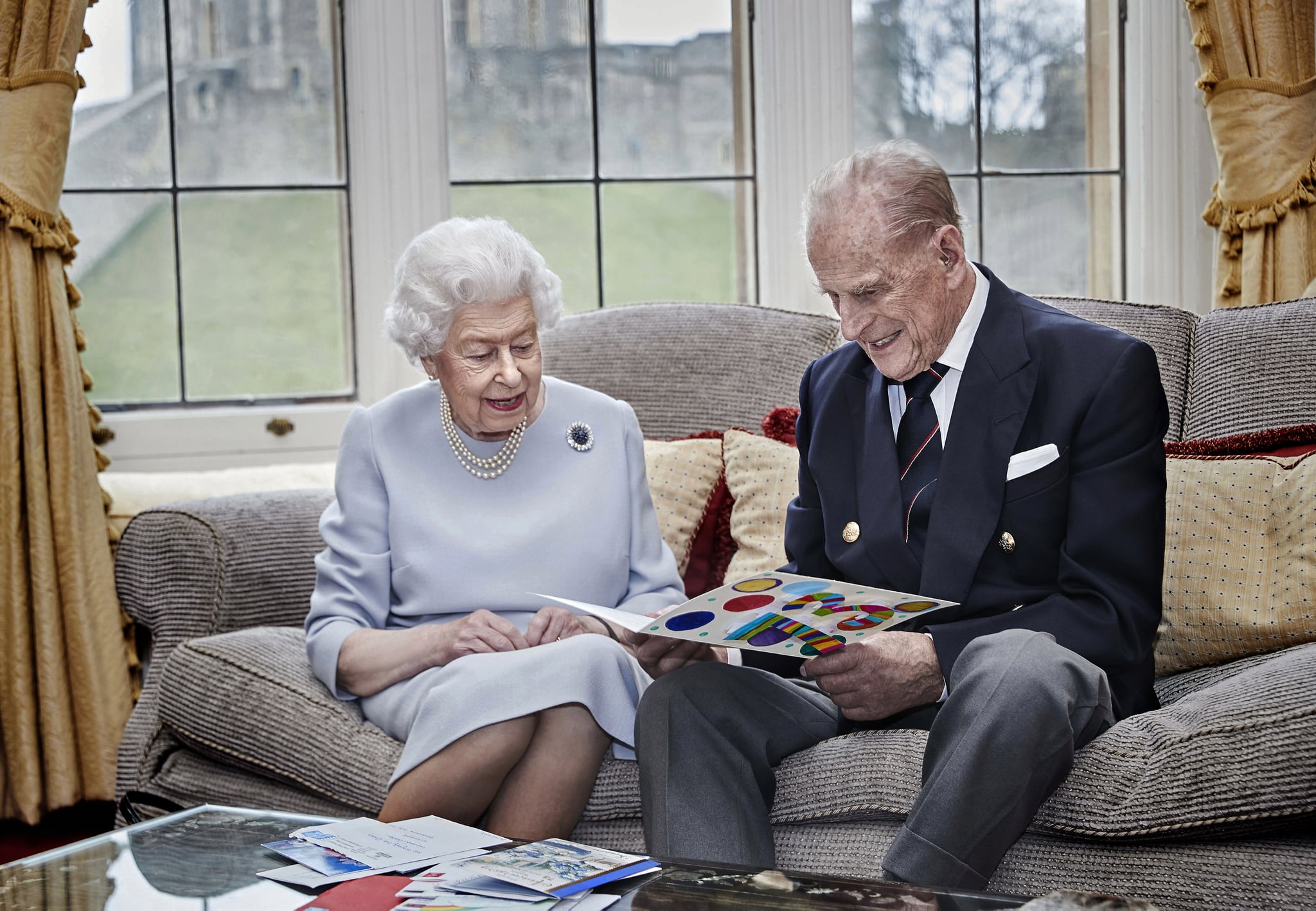 Queen Elizabeth II and Prince Philip are celebrating a royal milestone: their 73rd anniversary! On Thursday, the palace released a new portrait in their honor. "This new image has been released to mark the 73rd wedding anniversary of The Queen and The Duke of Edinburgh tomorrow," the palace wrote on Instagram. "In the photograph, Her Majesty and His Royal Highness are seen looking at an anniversary card made by Prince George, Princess Charlotte, and Prince Louis, alongside other cards and letters sent by well-wishers. The photograph was taken by @Chrisjacksongetty in the Oak Room at Windsor Castle earlier this week."

Elizabeth and Philip first met when they were kids in 1934, but it wasn't until their meeting at the Royal Naval College in Dartmouth in July 1939 that they fell in love. In November 1947, they tied the knot in an over-the-top ceremony at Westminster Abbey. They have four children together, Prince Charles, Princess Anne, Prince Andrew, and Prince Edward.