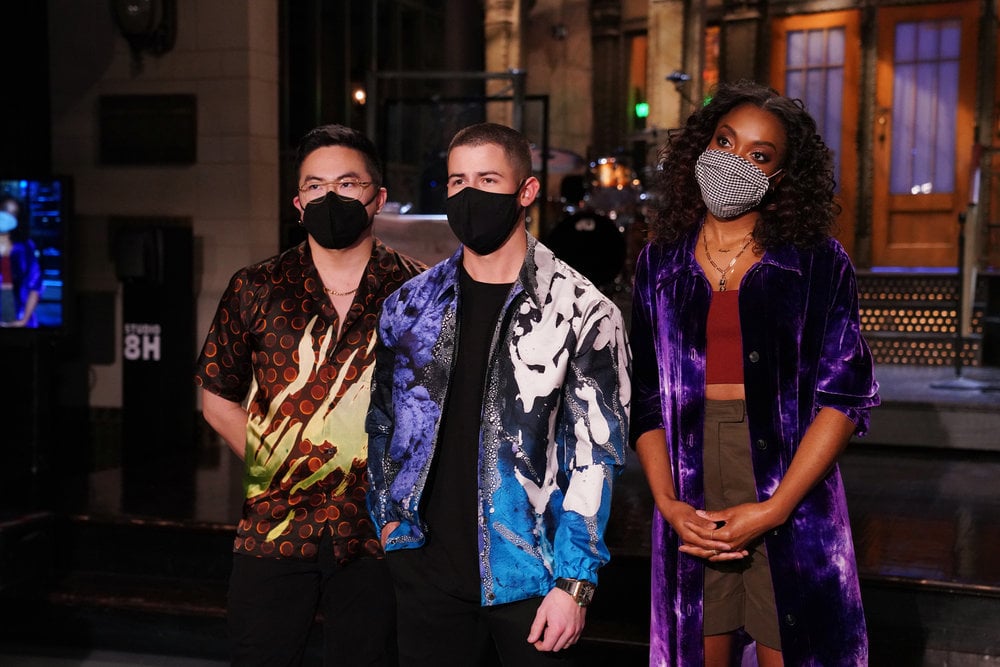 It seems like the hosts of Saturday Night Live are determined to establish their own tradition, and it's honestly so sweet. Following in the footsteps of Dan Levy and Regina King, who both left sweet notes for their host successors in their dressing rooms after taking their turn on the SNL stage, Regé-Jean Page passed on the kind gesture to Nick Jonas for his turn on Feb. 27. The "Spaceman" singer, pulling double duty as the night's host and musical guest, shared a photo of said note on his Twitter page before taking the stage.

Keeping his note short and sweet, the Bridgerton star wrote, "Just have the best time, Nick!" The Jonas Brother tweeted, "That's the plan! Thanks for the note, @regejean."

Between his musical performances, pretending to be a personal trainer, and completely ruining Cinderella for us all, we can bet that Nick had a very good time. We can't wait to see what he will leave for Maya Rudolph, who returns to the SNL stage on March 27!

Related:
I Don't Know What I Expected From Nick Jonas's Silhouette Challenge, but It Wasn't This

That’s the plan! Thanks for the note @regejean 💪🏼 @nbcsnl pic.twitter.com/la4XE2kkbn