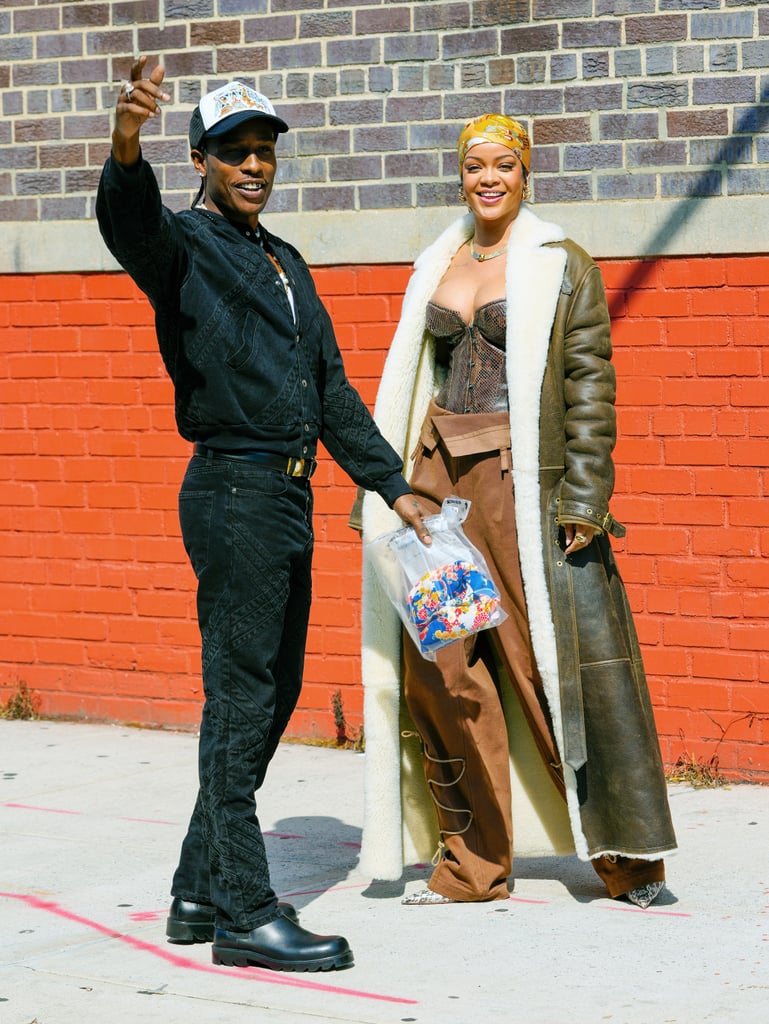 It looks like Rihanna and A$AP Rocky just took their relationship to the next level: immortalizing it in a music video. On July 10, the couple was spotted filming in the Bronx in New York City, two months after A$AP Rocky officially confirmed their relationship in an interview with GQ. Dressed in a stunning brown snakeskin bustier and a full-length aviator coat, it's no wonder that A$AP Rocky couldn't keep his eyes off of Rihanna. The pair were all smiles as they filmed a few PDA-filled scenes, even taking a moment to wave to the crowd that had gathered. Some of the cutest moments from the shoot include a few playful nudges, an intense hug, and Rihanna lovingly squeezing his face.

It's unclear whether they were filming for one of her songs, one of his, or for a collaboration between the two. It wouldn't be the first time they've collaborated, as A$AP Rocky appeared on the remix for Rihanna's "Cockiness" in 2012 and in her July 2020 Fenty Skin campaign while she appeared in the music video for his 2013 hit, "Fashion Killa." However, a source did tell Entertainment Tonight on July 9 that although Rihanna is "very inspired by A$AP," her recent trip to the recording studio was to support him, as he was "working on some new material." See more pictures from the adorable shoot ahead.