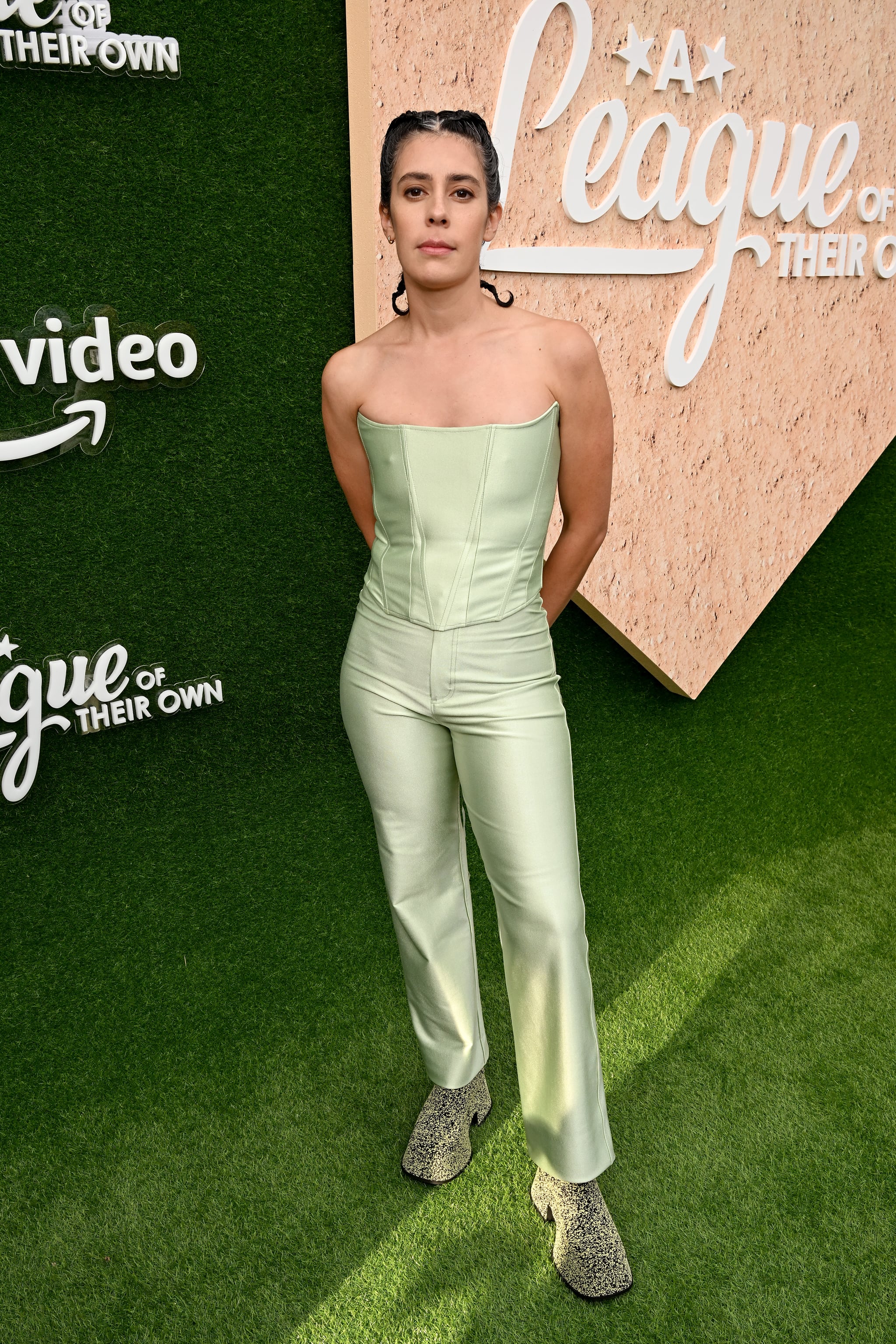 Mexican American actress Roberta Colindrez plays another gay Latina in Abbi Jacobson's "A League of Their Own," but that doesn't mean she's been typecast. "I don't think that being gay and Latina is a monolithic experience," Colindrez tells POPSUGAR in a recent interview. Her character Lupe García, the Rockford Peaches' pitcher, is quite dynamic. She can spy hypocrisy, even when she's trying to please; has no shame in her game, even when the world tells her she should; and finds a way to live in the present, even as she deals with trauma from her past.

"I do play gay Latinas because I present as gay and Latina. And I think that a lot of times, definitions are very much more visual for people than they are anything else."

You may recognize Colindrez from one of her 30-plus roles, including playing Nico, the bartender and love interest on Tanya Saracho's "Vida," which ran for three seasons on Starz. And while she says being gay and Latina are parts of her identity she's proud to represent, she also wants folks to understand that they don't sum up all of who she is or who she portrays. "I do play gay Latinas because I present as gay and Latina. And I think that a lot of times, definitions are very much more visual for people than they are anything else," she says. "What's important about playing gay Latinas is to find things about them that are much more specific . . . Otherwise, those two definitions could easily be a trap."

Related:
Melanie Field on Being a "Fat Hero" in "A League of Their Own" — and Rosie O'Donnell's Guidance

In "A League of Their Own," out now on Amazon Prime, Colindrez's role is much more specific. The series, which is inspired by the 1992 film of the same name, is set in the 1940s and centers on the All-American Girls Professional Baseball League (AAGPBL), which sprung up when so many men were away at war. Lupe's sexuality doesn't even come into play until late in the season, although any fan of Colindrez won't be surprised by it. While the character has to face the violence, hidden nature, and joy of being a lesbian in the midcentury US, she's also dealing with so much more, including a complex racial hierarchy. That false hierarchy puts her above Black women, who are barred from the AAGPBL due to race, but below her Anglo counterparts, who don't have to deal with the same stereotypes and microaggressions that she does.

And that's before we get to the baseball. Colindrez boasts, "I'm pretty good," when asked about her pitching skills. She then mentioned that she trained for the role with Justine Siegel, the first woman MLB coach, who consulted on the show. For her part, Siegel tells POPSUGAR, "She's good. Roberta is an athlete. So it's not so much baseball experience. It's that she rode bikes, climbed trees, and threw rocks. All of that athleticism comes together really well when you're trying to teach someone."

In "A League of Their Own," Colindrez gets to portray a lot of sports drama because "the pace of baseball is slow enough to really be able to stop and appreciate those big moments," Siegel explains. For example, there are lots of close-ups of Colindrez on the mound, just like there are when baseball games are broadcast today. During the production, Colindrez learned the subtle communication between pitcher and catcher (played by Jacobson) and how they exchange messages about what the pitch will be without letting the other team know. She describes it as "really small stuff" that worked because "Abbi and I had that connection really well." 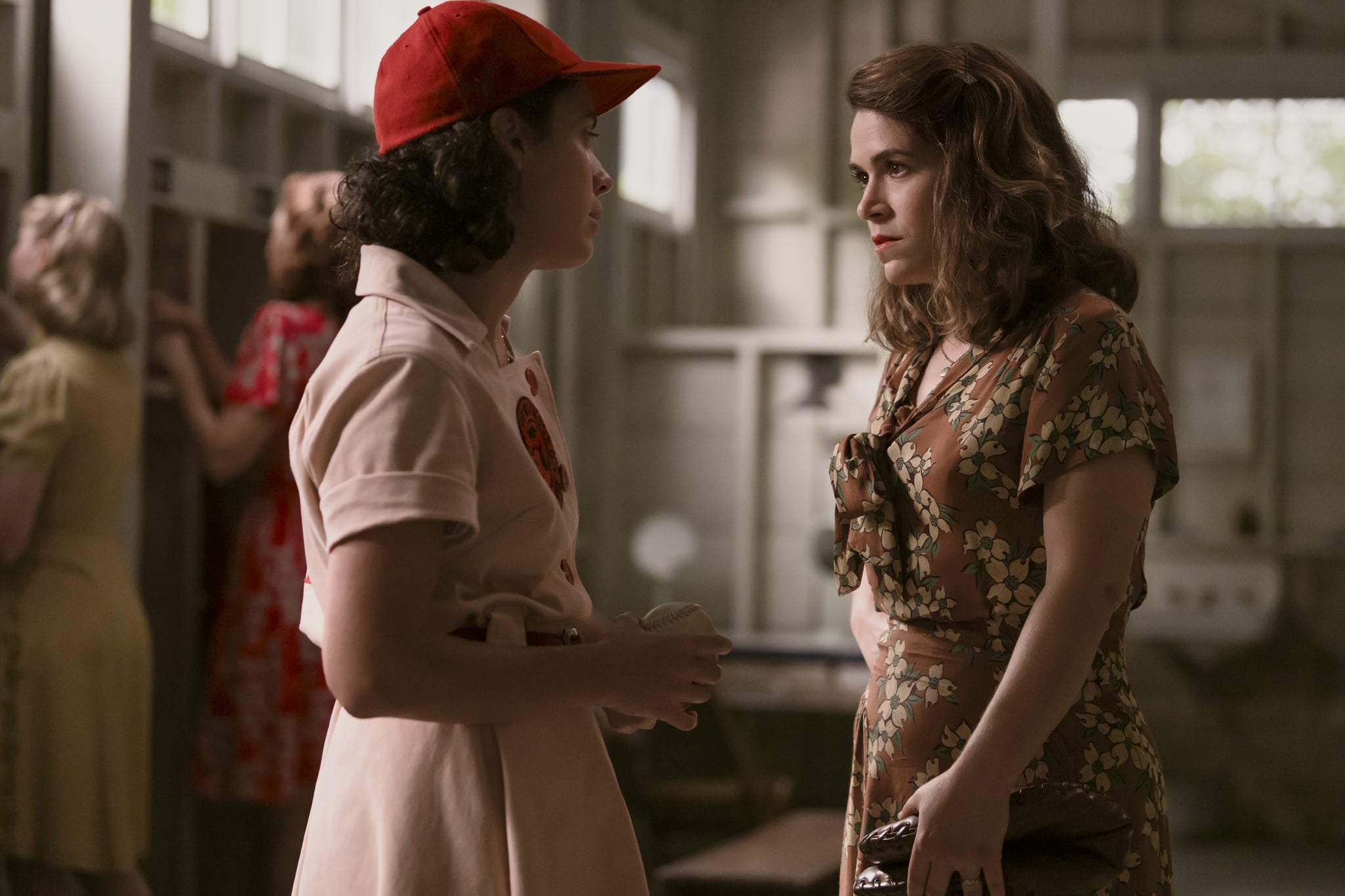 And as the pitcher, Lupe is the de facto leader on the field, even as she gets into a power struggle with Jacobson's Carson Shaw. "In baseball, the play begins with the pitcher, nothing can start until the pitcher decides. That alone puts them in charge . . . the pitcher sets the tone," Siegel says. "And for Lupe, she's setting the tone for the Peaches. When she succeeds, the Peaches succeed. Or when she struggles, it makes it very hard. A second baseman can have a bad day. But a pitcher cannot." Indeed, when asked about her hopes for her character, Colindrez says she wants Lupe to learn "she is a leader, no matter what anybody says."

It's notable to have a Latina in this role — not because it didn't happen (it did, and there's an entire book about it). But so often our stories go untold in favor of either white-only narratives (like the original 1992 film) or simpler white vs. Black understandings of race. Lupe's arc is also remarkable because it touches on so many of the markers of shared Latinx identity, to which Colindrez says, "Not much has changed since the 1940s," in terms of how Mexican Americans are treated, "but it was a little bit worse for them back then." After she moved to the US and was getting ready for school here, she remembers her mom telling her, "Your last name ends in Z — watch out." While she didn't understand it at the time, she does now. "It's really vile to have definitions placed on people and to expect them never to break free from those or to even want to break free," she says.

Colindrez is fully bilingual and recalls incidents when she's been out with her parents speaking in Spanish and overheard folks talking about them in English, assuming they didn't understand. "[In Texas in the '90s], a lot of the Mexican kids I grew up with did not speak Spanish. But not like, 'Oh, my parents didn't teach it to me.' They were like, 'I don't speak Spanish!' They were taught to hate what their parents spoke, and what their grandmothers spoke. I was always like, 'This is criminal,'" Colindrez says. "'Why don't you know how to speak Spanish?' It took me a while to kind of pick up [how people] really villainize it, people really tokenize it, and violate the beauty of speaking a dual language." 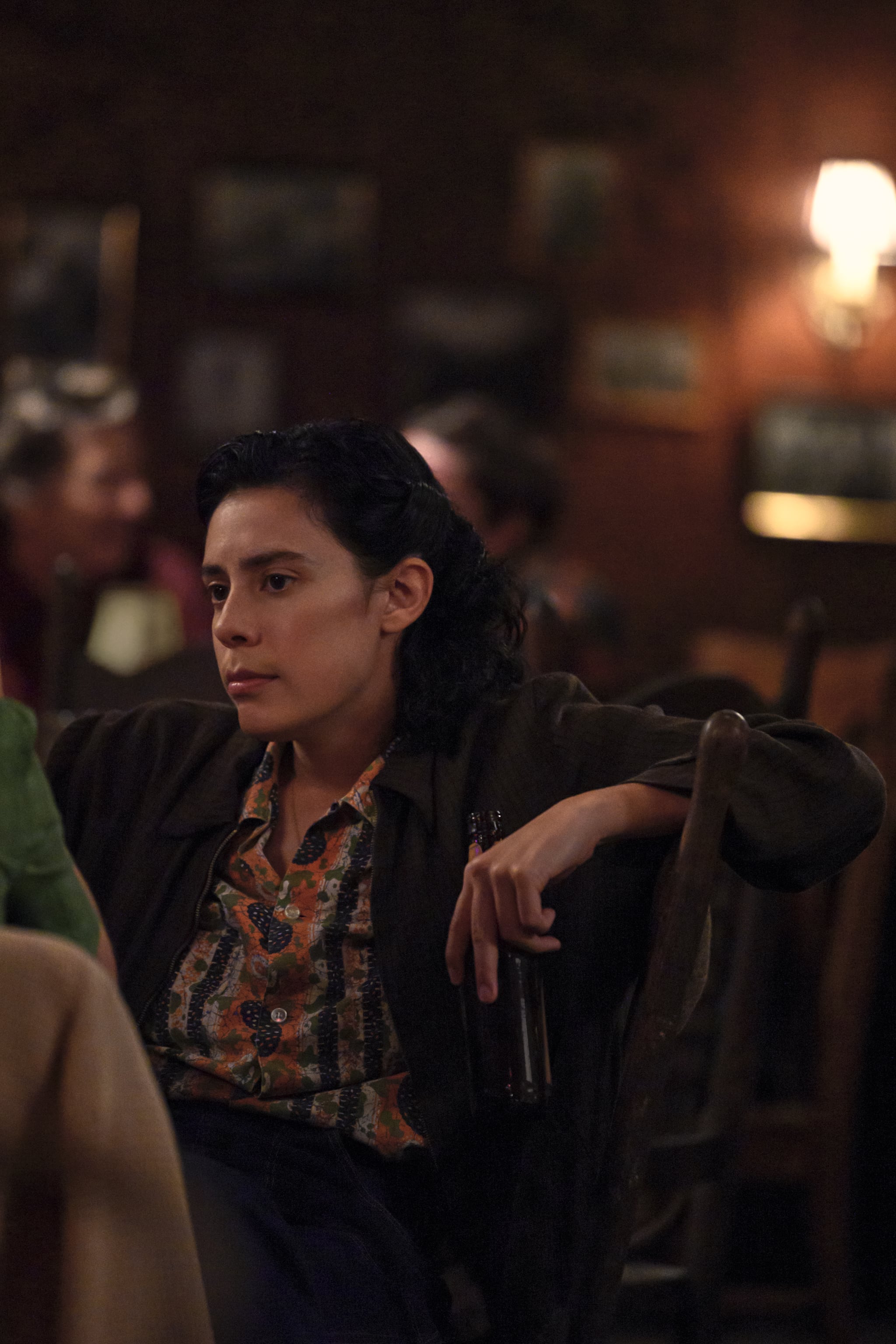 Colindrez finds the beauty in our multilingual background and in one of the more hotly debated stereotypes of our community — the spicy Latina — saying, "We are fiery, but I think it's dope." Lupe gets labeled with the term, and Colindrez has personal experience with it. "Every now and then, a guy will hit [on] me and be like, 'Ooh, spicy,'" she says. "And it's like, first of all, you expected me to be, and secondly, now you're like, infantilizing it in some way. Like, what is going on?"

And she's seen this dynamic in other places as well, where "fiery" is weaponized against Latinas. "Americans can't just figure out how to say 'passionate' instead of 'fiery.' We are passionate people. We have chispa . . . we got sh*t to say, we got stuff to do," Colindrez says. "It's not a bad thing. But somehow it's gotten this connotation of being a bad thing. And it's supposed to be played as a short fuse — when a character is described as 'fiery,' you are meant to think 'oh, she loses her sh*t a lot.' And she just has an opinion. That's not fiery. That's just regular humanity."

"I cannot wait for the day that I get a breakdown for a character that describes a whole life, and a whole trajectory, and a whole set of passions and unique characteristics."

And it's that regular humanity combined with the specifics of the characters she plays that makes Colindrez so captivating to watch. When asked about her hopes for the industry moving forward, she is tired of how labels like "gay Latina" serve as shorthand, pretending to sum up the entirety of a person. "I cannot wait for the day that I get a breakdown for a character that describes a whole life, and a whole trajectory, and a whole set of passions and unique characteristics," she says. "And then when I'm on set getting the script, I realize, 'Oh, this character is gay, that's cool.'"

In the meantime, Colindrez is going to just keep being who she is while making no apologies for it. As she put it, "I'm so not preoccupied with other people's definitions of me."

Image Source: Prime Video
A League Of Their OwnIdentityJuntos EntertainmentRace And Culture