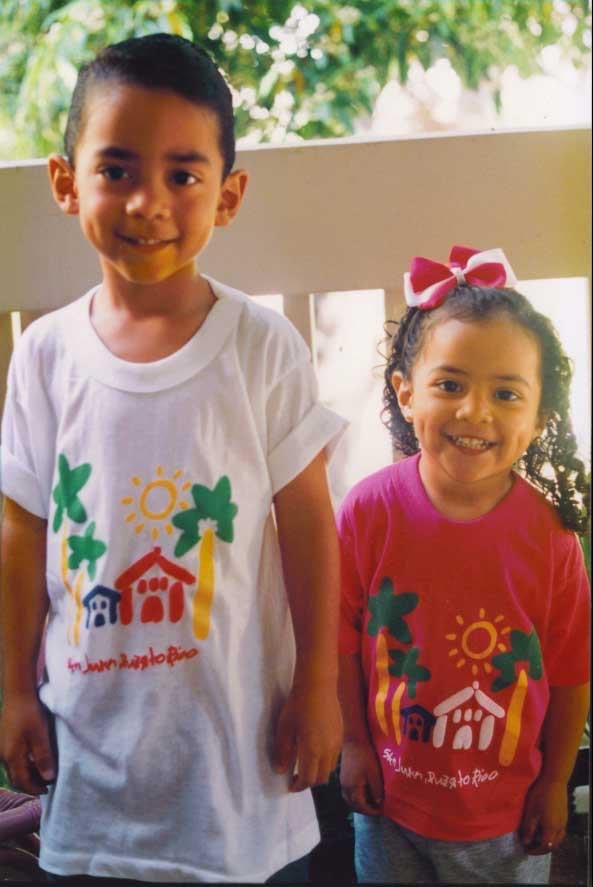 Growing up, my heritage was always a really important trait I held dear to my heart — my dad is Puerto Rican and Mexican, while my mother is from El Salvador. My parents first enrolled my older brother in a kindergarten-to-fifth-grade Spanish-English immersion program school, where I soon followed and, a few years later, my little sister did too. I cannot stress how much I appreciate the decision my parents made to make sure we attended this particular school, when I look back now as an adult. Learning a new language at a young age not only guaranteed we absorbed it faster, but also opened my eyes to my own culture.

In school, I learned everything from math, science, and singing "Jingle Bells" to the "Pledge of Allegiance" in Spanish first and was surrounded by a group of other students whose parents also saw the importance of learning their native language at an early age. After school, it became routine to be picked up by Abuelito and Abuela, who took care of us. Although they could understand bits of English, they always stressed to us that when we were around them, Spanish was to be spoken, not only so we could practice, but also because that's what they spoke to each other. Back then, I would get frustrated when I made mistakes or it took me a few tries to get a sentence out perfectly, but now I'm so thankful for their constant encouragement and persistence.

Being able to speak, read, and write in Spanish, I feel a great pride and connection to my culture. I can talk to relatives in Puerto Rico, Mexico, and El Salvador; I can watch the same TV shows they watch; I can read the same books they read. Now, that's not to say that if you don't speak Spanish you aren't connected to your roots. I can only speak for myself and say that I feel this great link to my heritage because I'm able to really digest all of what my multicultural heritage has to offer linguistically.

That's not all. Being able to speak Spanish has helped me in school, work, and internships over the years. Living in San Francisco, a huge melting pot, it's safe to say I use my Spanish skills pretty frequently, even if it's as simple as helping a tourist with directions.

If I was asked, I would, without hesitation, advise all Latin parents to enroll their children in an immersion program. I don't see any downsides to having children learn Spanish at an early age — I was never confused or felt alienated — and think it's such an incredibly valuable asset. I hope that when I have children, they're able to have the same opportunity my brother, sister, and I had.