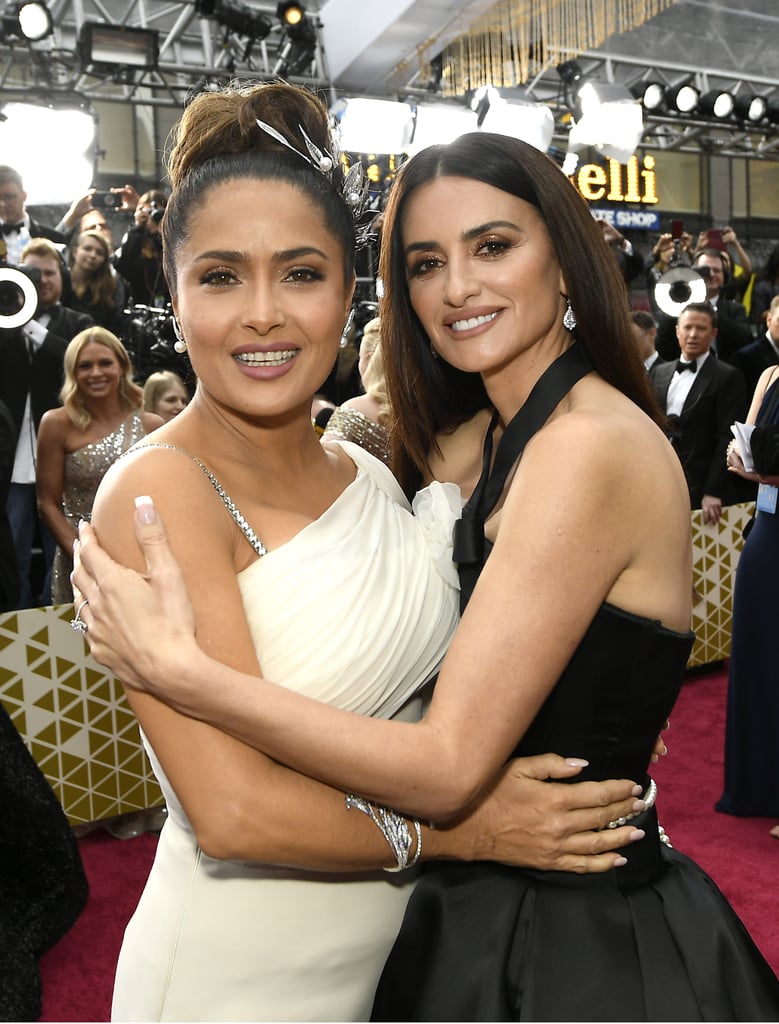 As luxurious and star-studded as they may seem, award shows certainly can't all be celebrities feeding each other caviar backstage. Then again, sometimes they are. At the 2020 Oscars on Sunday, Salma Hayek was captured literally spoon-feeding Penélope Cruz morsels of caviar, which Penélope later described as an "Oscar snack" on Instagram.

Salma, meanwhile, wrote in her caption, "OMG we were so hungry," which is kind of ironic because not a single soul has ever been satiated eating caviar given how exorbitant it is. (That is, unless you're a cat — and if you indeed are, good news: you've been hired to host next year!)

Regardless, we'd like to go on record and say that a more luxurious photo has not been taken in recent memory. It reeks of wealth. This photo just told me to Venmo it $20 for no reason whatsoever, and I obliged. This photo is the antithesis of Afterpay. This photo just suggested we split the check evenly despite the fact that I didn't order any drinks and purposefully avoided the appetizers. Now please enjoy the photo ahead.

Lori Harvey
Lori Harvey Rocks a Sheer, Tiger-Print Catsuit For a Night Out
by Shelcy Joseph 1 day ago