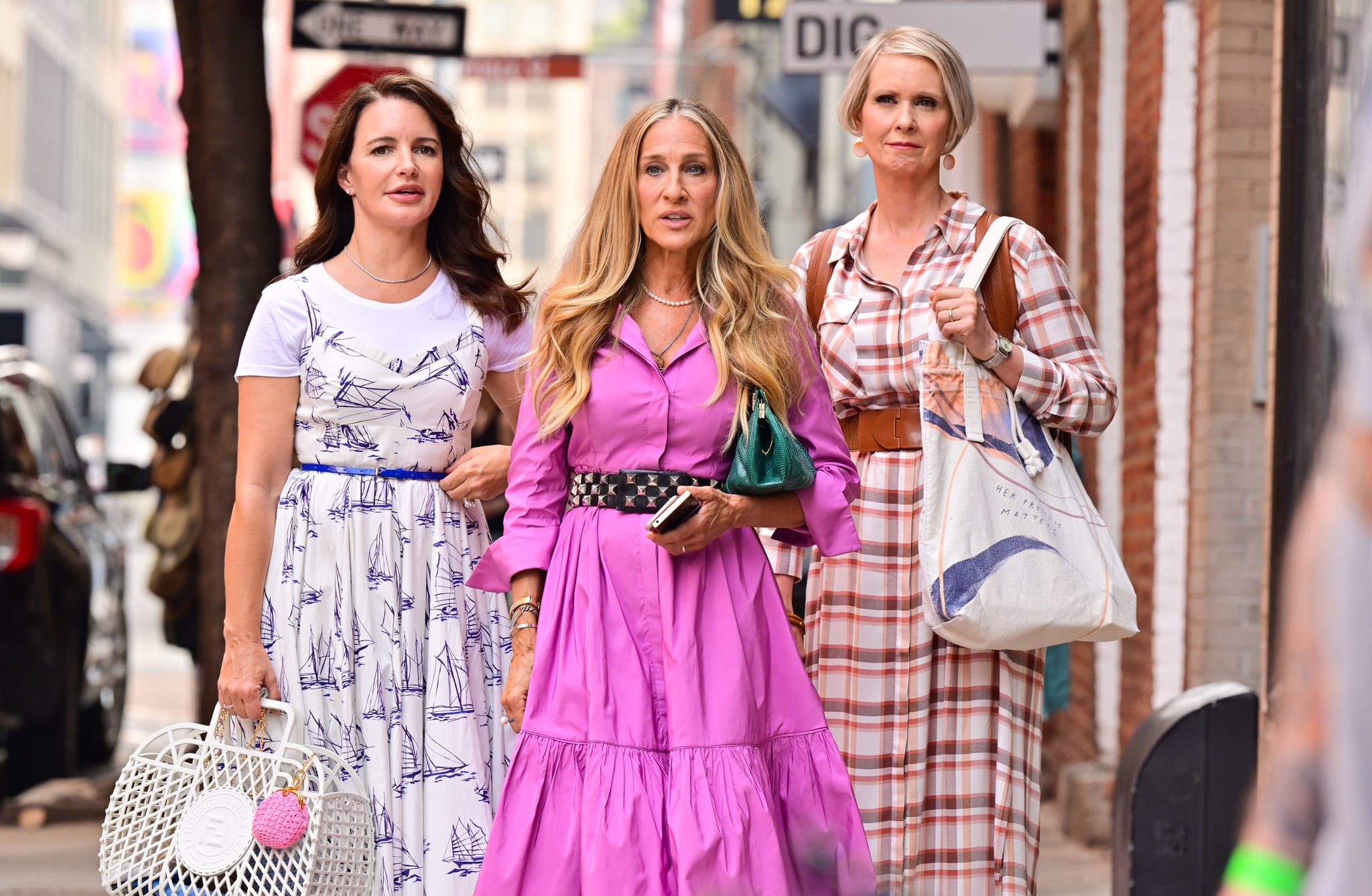 Sarah Jessica Parker, Cynthia Nixon, and Kristin Davis are responding to the sexual assault allegations against their And Just Like That costar Chris Noth. On Monday evening, the actresses posted identical statements to their respective Instagram Stories voicing their support for the women who have come forward. Their joint statement comes a few days after the actor was first accused of sexual assault by two women and "sexually inappropriate" behavior by another.

"We are deeply saddened to hear the allegations against Chris Noth," the statement reads. "We support the women who have come forward and shared their painful experiences. We know it must be a very difficult thing to do and we commend them for it."

Since the victims have come forward, Chris has been dropped by A3 Artists Agency, as well as from the CBS crime drama The Equalizer. It is unclear whether the actor will appear in the rest of the Sex and the City reboot series. See Sarah, Cynthia, and Kristin's full statement ahead. 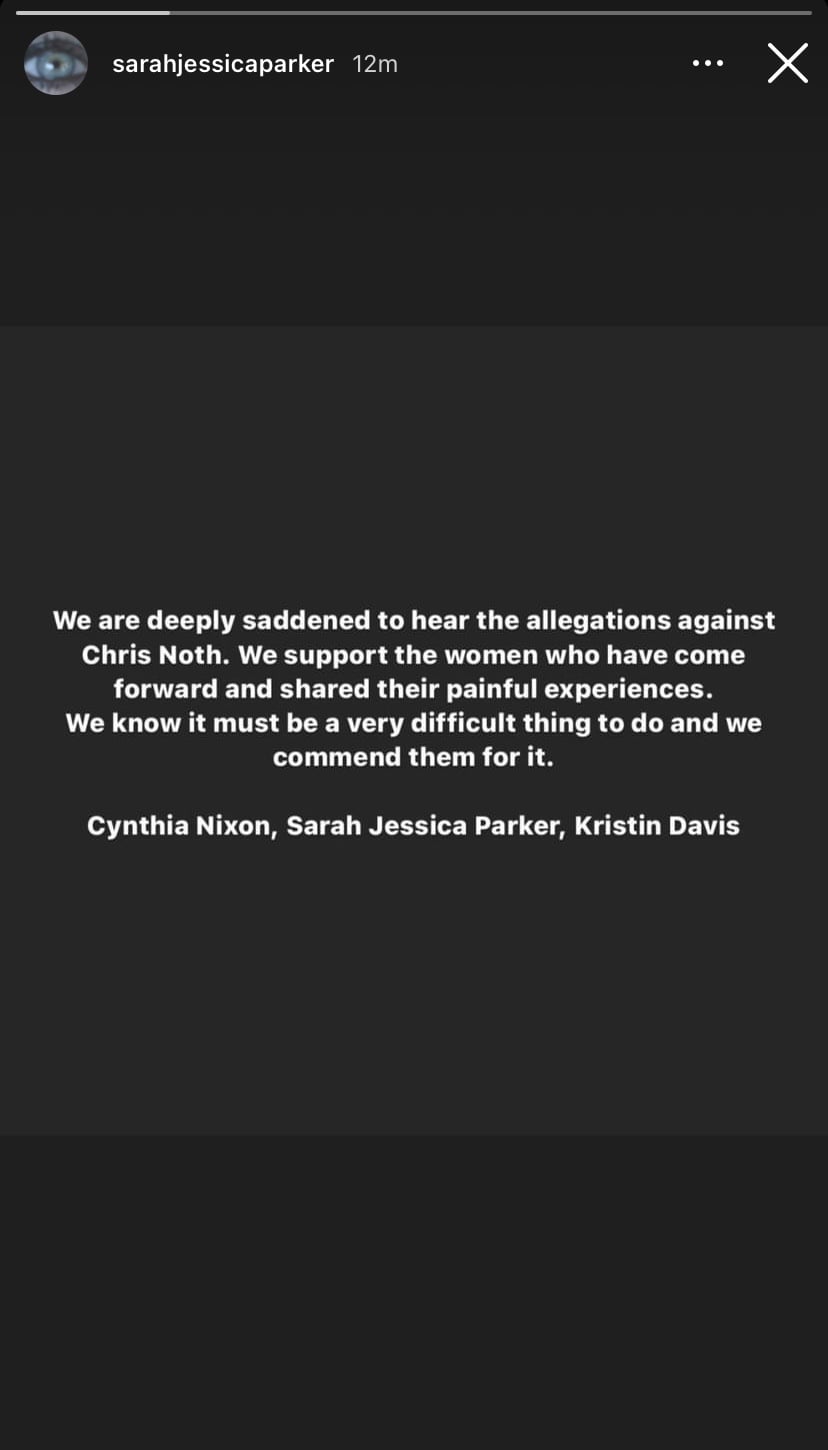 Armie Hammer
Armie Hammer Speaks Out For the First Time Since Abuse Allegations: "I'm Here to Own My Mistakes"
by Sabienna Bowman 1 day ago