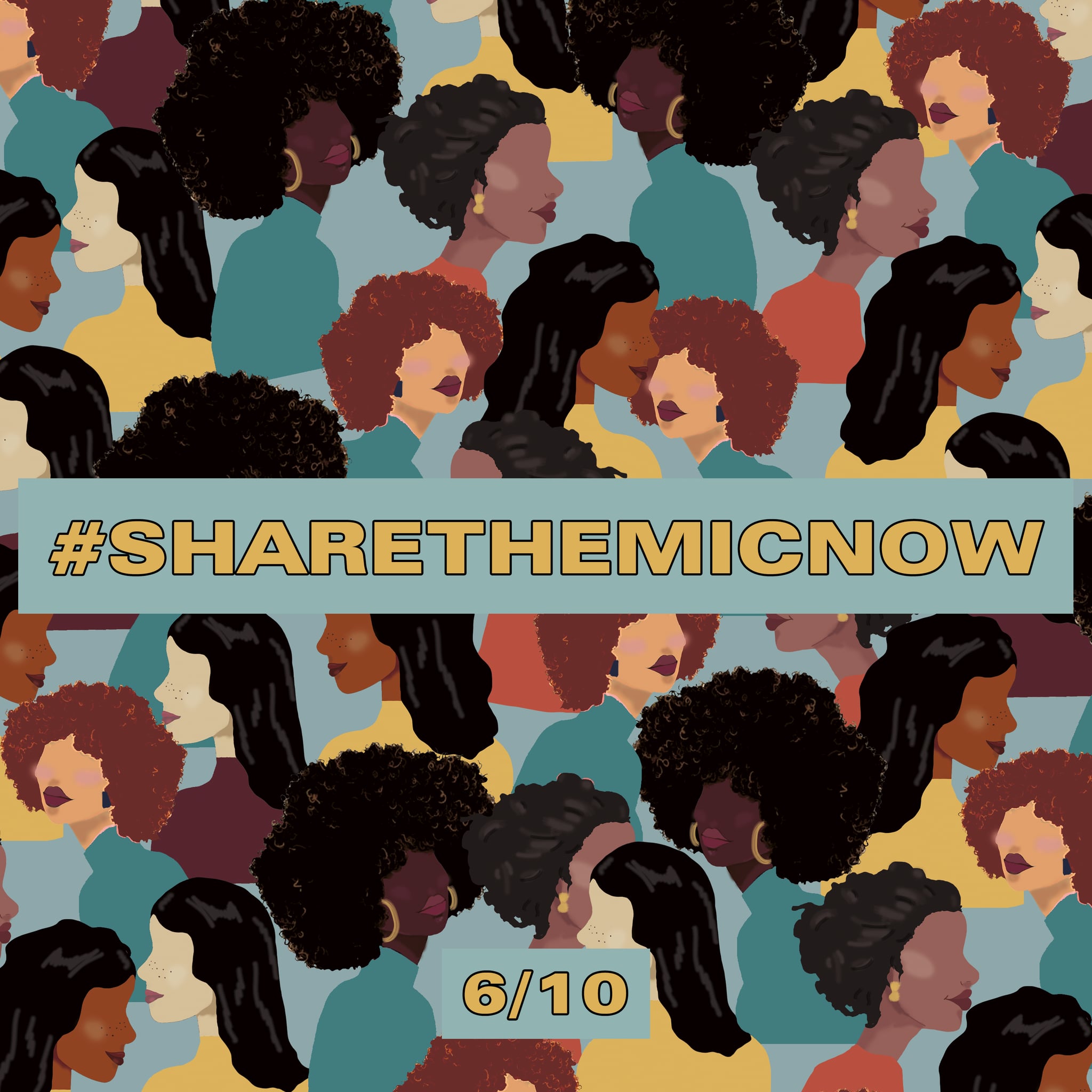 "When the world listens to women, it listens to white women." This unjust truth is precisely what inspired the creation of the #ShareTheMicNow campaign. The initiative, which is taking over social media on June 10, centers on Black women speaking from the Instagram accounts of white women with large followings in order to share their stories and help foster conversations about racial justice. More than 40 women will be handing over their handles to amplify Black voices, including actresses (hi, Busy Philipps and Sophia Bush), athletes (we see you, Alex Morgan and Megan Rapinoe), and fashion designers (like Diane von Furstenberg, for example).

The campaign was brought to life by Bozoma Saint John, a businesswoman and the current chief marketing officer of Endeavor; Luvvie Ajayi Jones, a New York Times bestselling author and podcast host; Glennon Doyle, a New York Times bestselling author and the founder of Together Rising; and Stacey Bendet, CEO and creative director of Alice + Olivia. Ahead, get the full scoop on the initiative's goals, and check out the comprehensive list of who's participating.

What Is the Goal of the #ShareTheMicNow Campaign?

The objective of #ShareTheMicNow is clear: magnify the voices of Black women and the significant work they're doing to effect change. According to the campaign's official press release, the founders are seeking to create "a network of disruptors who know and trust each other" and hope that it inspires other white and Black women to work together and re-create these actions on their own accounts to further the activism. 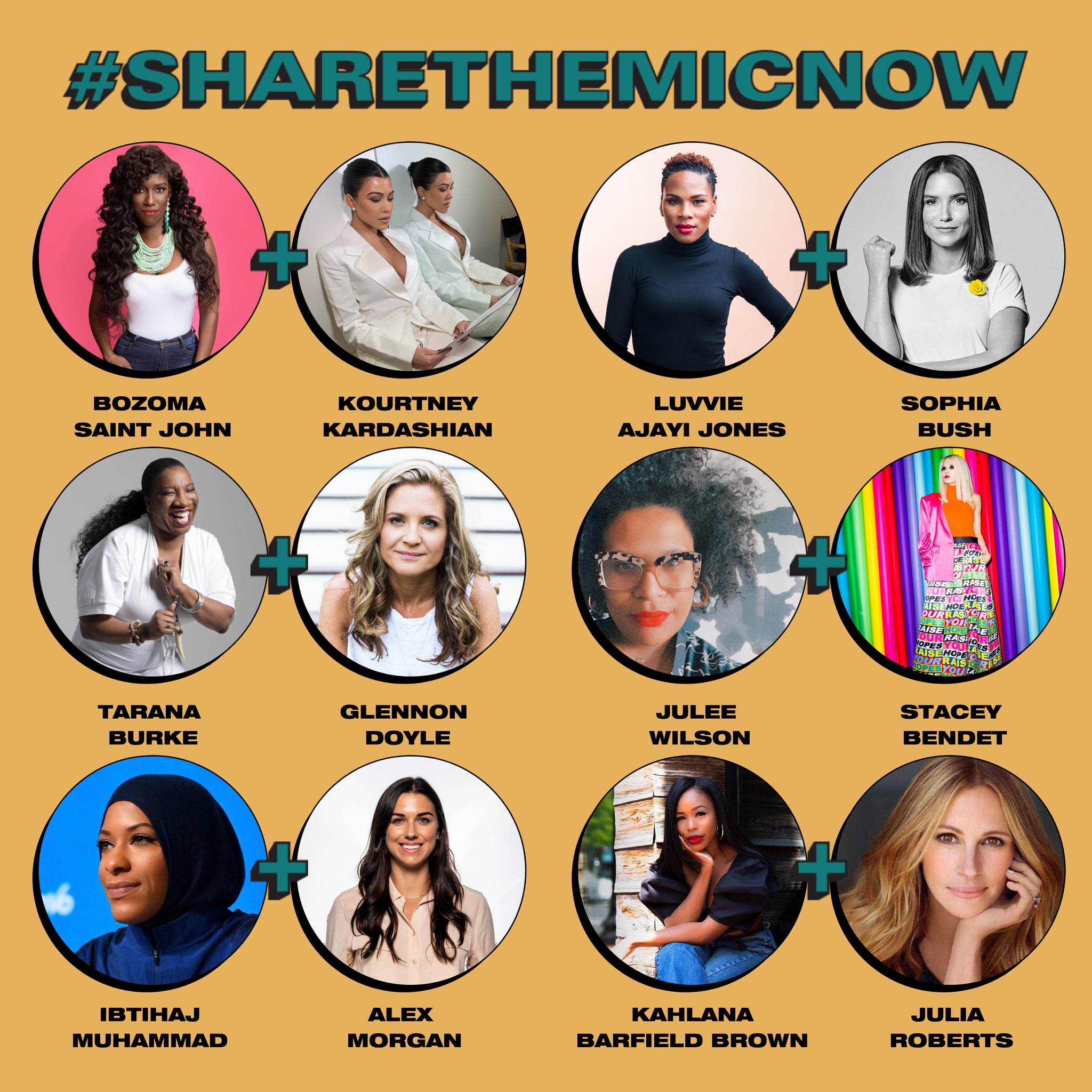 Who Is Participating in the #ShareTheMicNow Campaign?

Ahead is the full list of confirmed participants. The names of the Black women involved are listed first, followed by the white women whose Instagram pages they'll be speaking from.

How Do I Follow Along With the #ShareTheMicNow Campaign?

We're glad you asked, reader! On Wednesday, simply head over to the Instagram accounts of the allies listed above to see what content is shared by the respective women taking over their pages. You can also follow along with all posts by perusing through the #ShareTheMicNow hashtag. Listen to, read, absorb, reflect on, and share their voices with your own followers to spark conversations and spread their stories. And while you're at it, be sure to follow each of the Black women who participated in the campaign to keep up with them long after June 10.