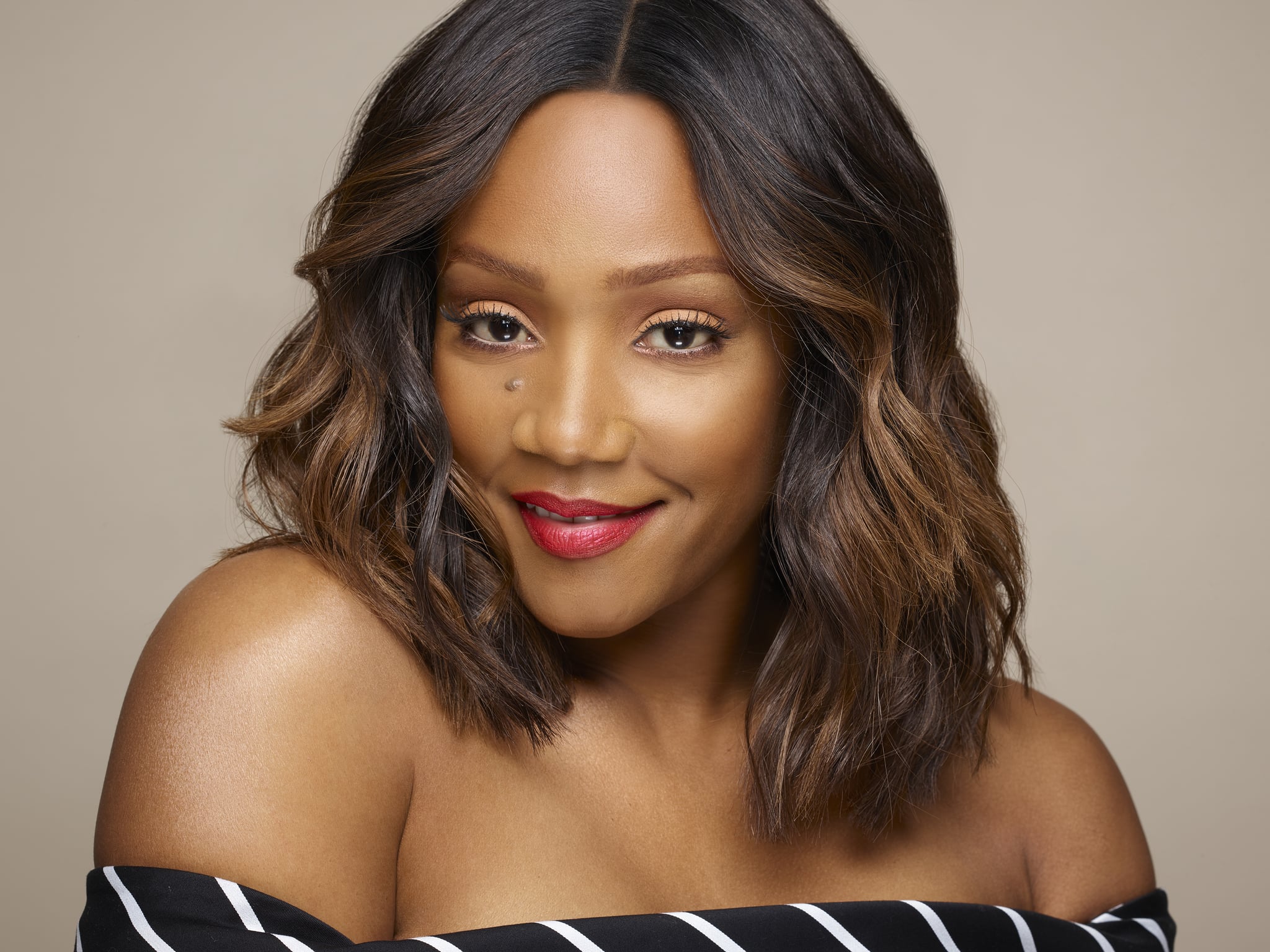 Image Source: Keith Major
When it comes to dating advice, who better to talk with than Tiffany Haddish? After all, it was her character in Girls Trip that offered up the infamous grapefruit tip. For her real life, however, the 41-year-old actor keeps things a little more simple. "The best relationship advice I've ever given had to be to a couple of my homeboys who were not understanding why their girls were mad," Tiffany said to POPSUGAR. "And my response was, 'How about you just listen?' So basically, just stop and listen." Her "stop and listen" advice doesn't just pertain to current relationships, it works when she's talking to her friends as well.

Thanks to Tiffany's current relationship status with rapper Common, who she connected with on Bumble, her friends will often go to her with their relationship woes. "I'm like, 'Girl, if you don't just go to Bumble, sign up, and just do what you like to do online,'" she replied with a laugh. "A lot of times I'll sit down with them to do it. Then they're like, 'Oh my God, I met this guy, I met this guy!' It's pretty funny." It's nice to know that I'm not alone in trying to get matches for my friends, although I can't even imagine what it'd be like having Tiffany send the first message for you.

That's not to say that Tiffany hasn't struggled with her own dating advice while single; even she's not immune to the temptation that is texting an ex. "Many times I wanted to text my ex when I was single," she revealed in reference to her YouTube "Don't Text Your Ex" with Bumble. "To stop myself, I'd usually be like, 'OK, I've got to do 10 pushups and 15 jumping jacks then decide if I'm actually going to do it.' Usually I'd be like, 'I don't want to do those jumping jacks.' So that was a lot of what I would do, which was good for the exercising." If her tip about exercising isn't enough to keep you from texting your ex, she has another route you can go. "Just tag your best friend, not somebody else," Tiffany added.

"Many times I wanted to text my ex when I was single. To stop myself, I'd usually be like, 'OK, I've got to do 10 pushups and 15 jumping jacks then decide if I'm actually going to do it.'"

The actor's life hasn't changed too drastically since getting into a relationship. "I feel like I'm living the same exact life, except I don't have to talk to guys that are boring," she divulged. "[Common] has the same kind of goals and understands what I'm doing." As for living her best life single versus being in a relationship, it's hard to figure out the difference thanks to the pandemic. "Everything is different," she shared with a laugh. "I don't go out to any clubs because there aren't any open! And I'm not hanging out with my girlfriends super late at night or early because we can't."

In case you're wondering what Tiffany and Common's current living situation is, she makes sure to take time for herself. "We don't have full-time quarantine. So I'll go up to Rashid's like maybe two or three nights out the week, sometimes four. And then I come back to my house. That way I don't get bored," she explained. For those who are living together and spending all their time at home, she had this to say, "Make sure to spend time together each day and then a little time apart. That way you have something new to talk about." 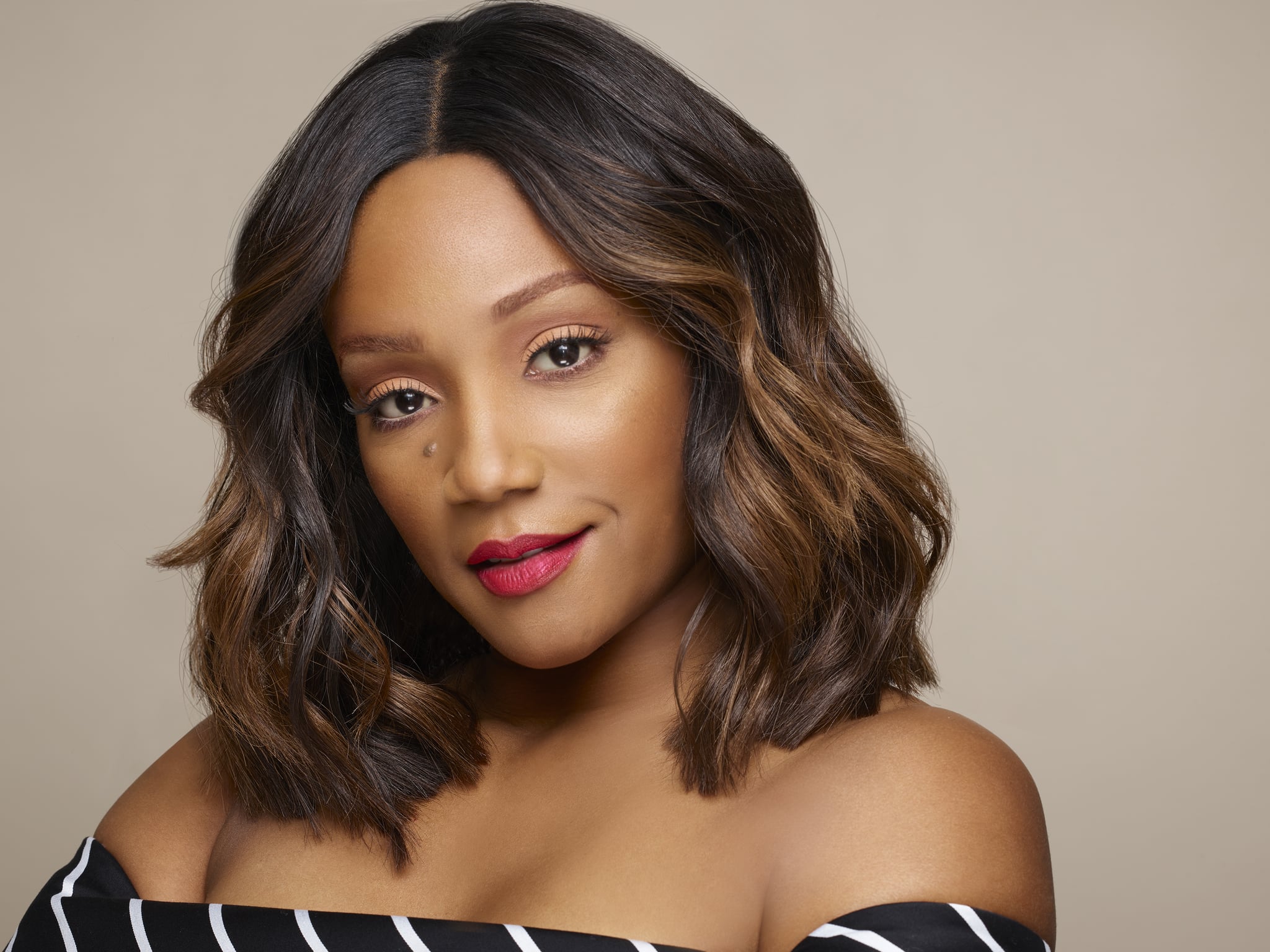 Image Source: Keith Major
Common and Tiffany began dating after working together on a virtual dating campaign for Bumble in 2020. She later confirmed their relationship in August 2020 during an appearance on Steve-O's podcast, Steve-O's Wild Ride. Some of their most memorable relationship moments include their spin on a steamy TikTok challenge and an evening at Dave Chapelle's. "My most memorable date with Common, I feel is when we went to Dave Chapelle's. But that wasn't really a date, it was a series of good times where we laughed and laughed together. Does that count as a date?," she replied. I told her it counted.

"My most memorable date with Common, I feel is when we went to Dave Chapelle's. But that wasn't really a date, it was a series of good times where we laughed and laughed together."

"We had a blast, that was back in the summer. Then we went to a paint and pour, but I felt like it was two friends just hanging out not necessarily a date. We had drinks, painted, and he learned he wasn't an artist," she continued. It makes sense their initial dates felt more like romantically-tinged hangouts, as the couple became friends after meeting on set of The Kitchen in 2019. As for what movie title she'd give her own relationship, she had this to stay, "Good Time!"

Dating a celebrity is a new thing for Tiffany. "We'll both end up taking pictures with fans and then we ended up kind of on the same circuit schedulewise. It's different," she said. "Common's also very specific about chefs and things like that. He's more about hiring people to do things, but I'm like, 'If we can do this ourselves. Let's do it!'"