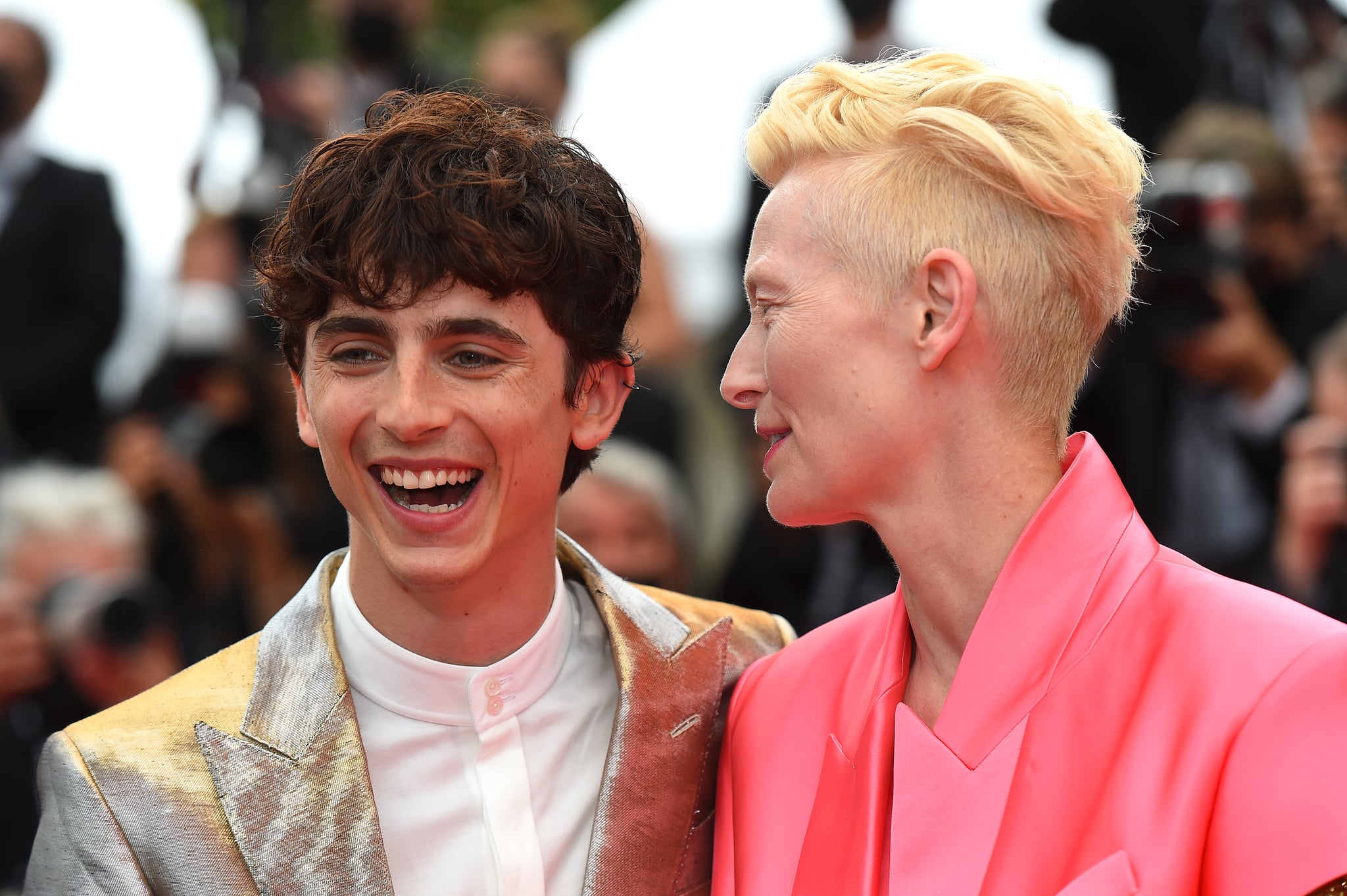 You can call Timothée Chalamet by Tilda Swinton's name. The French Dispatch costars made an appearance at the Wes Anderson movie's Cannes Film Festival premiere on July 12, which ended with a nine-minute standing ovation from viewers. Amid all of the applause, Tilda managed to pull a swift prank on an unassuming Timothée, and it kept me chuckling for, well, much longer than nine minutes.

In a Twitter video shared by Variety's executive editor Ramin Setoodeh, you can see Timothée enjoying the ovation as Tilda pretends to clap him on the back. What she's really doing is taping her name to his metallic suit jacket, causing a hilarious reveal when she turned him around. If they're having this much fun at the premiere, we can only imagine what high jinks ensued during their time filming together. We may never know all the behind-the-scenes details, but for now, we'll enjoy the mischievous moment between Tilda and an unassuming Timothée in the clip ahead.

Look at what Tilda Swinton did to Timothee Chalamet during ‘The French Dispatch’ standing ovation. #Cannes2021 pic.twitter.com/MNmkzdUktA