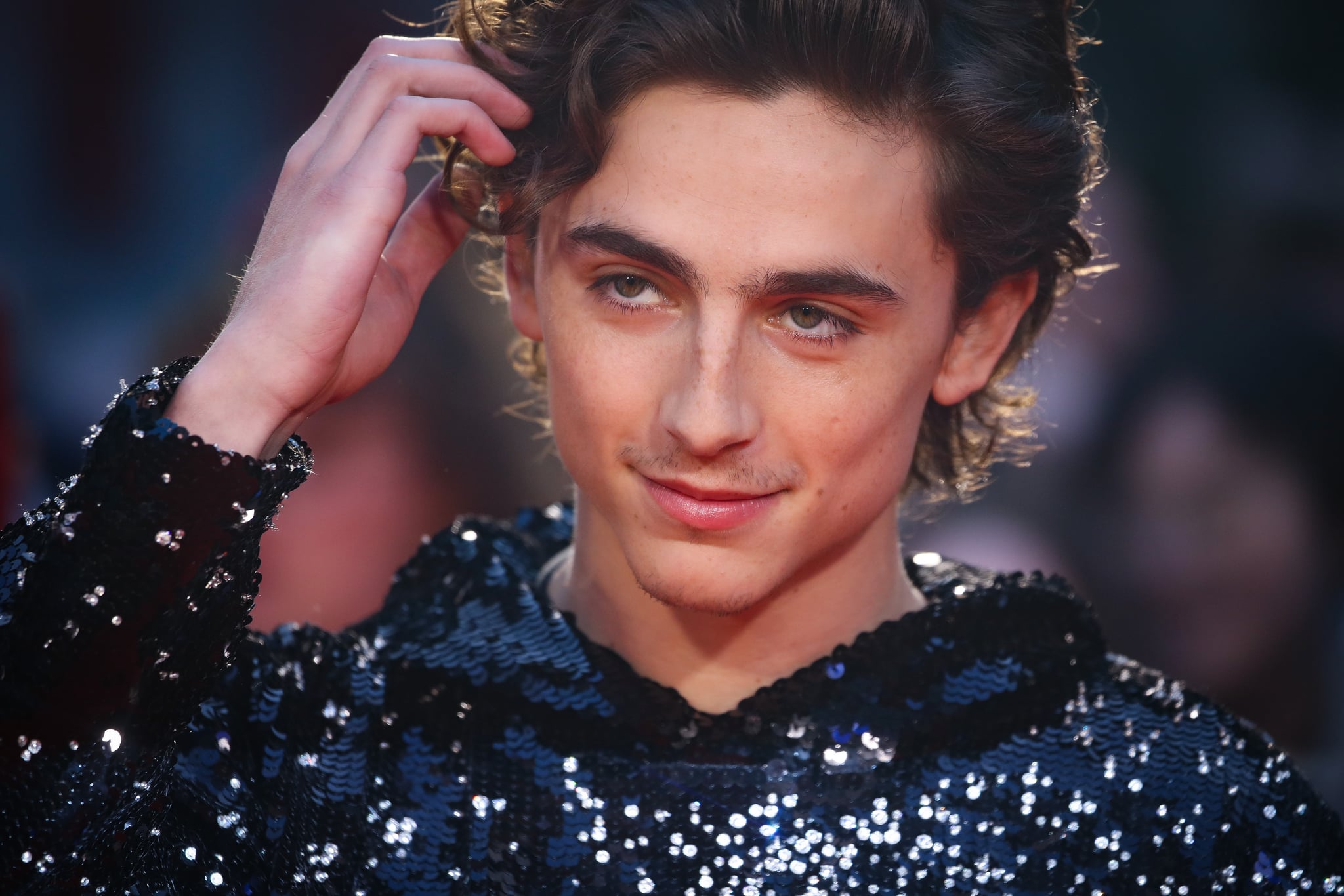 The side-eyeing emoji has never been more relevant than in the aftermath of Timothée Chalamet's latest Instagram post. On Monday night, the chiseled-chinned heartthrob returned to Instagram after a two-month hiatus with the same energy as a cowboy dramatically busting through swinging saloon doors in a Western movie. This time, instead of sharing captionless stills from a magazine photo shoot or mysterious snaps of his sad pantry, he posted a gallery revealing that he owns an action figure of his Dune movie character, Paul Atreides. The 25-year-old star paired it with quite the witty caption: "i've been playing with myself all day." Yep, he went there, folks.

As you can see, there are layers to the post, and I have absolutely no choice but to dissect them one by one in order to fully process my thoughts. For starters, I must address the photos themselves. There appeared to be a level of art direction simply not applied to the aforementioned pantry picture, as he positioned the armor-clad figure in a series of poses around his abode: sitting on a glass surface and watching Netflix, handling a TV remote, propped up on a couch and blocking the sunlight, and perched atop a guitar with a pick ever-so-delicately placed between its plastic digits. It tells a story. There's depth. He gave us angles. Plus, it reveals some fun facts about Timmy's current living space. He owns a case of Bob Dylan's live recordings, he stores his old-school printer on the floor, and he couldn't care less about concealing the bevy of wires behind his TV stand. Ah, stars, they're just like us!

Second up on the dissection table is the fact that Timothée owns a toy figurine of himself. It's beyond endearing, not entirely dissimilar from a burgeoning model traveling to Times Square just to see their first big ad campaign up in lights. But I must know: Did he purchase the toy himself, or was it gifted by the manufacturer? Does he own the rest of the character figures in the collection, and if so, does he stage play fights with them on his couch? Because God, I really hope so.

Timothée knew exactly what he was doing with this one.

Last but most certainly not least, the caption. Oh, the caption. Timothée knew exactly what he was doing with this one, sort of like those people who coyly slip in a mention that they "just got out of the shower" via text so you have no choice but to picture them getting out of the shower. (Or am I the only one still texting f*ckboys who do this?) It's saucy, and it shows a side of Timmy I personally haven't seen before. Perhaps a new era of Chalamet is upon us? If it entails more captions like these, I'm more than on board.

Lindsay Lohan
Lindsay Lohan Marries Bader Shammas: "I Am the Luckiest Woman in the World"
by Sabienna Bowman 14 hours ago