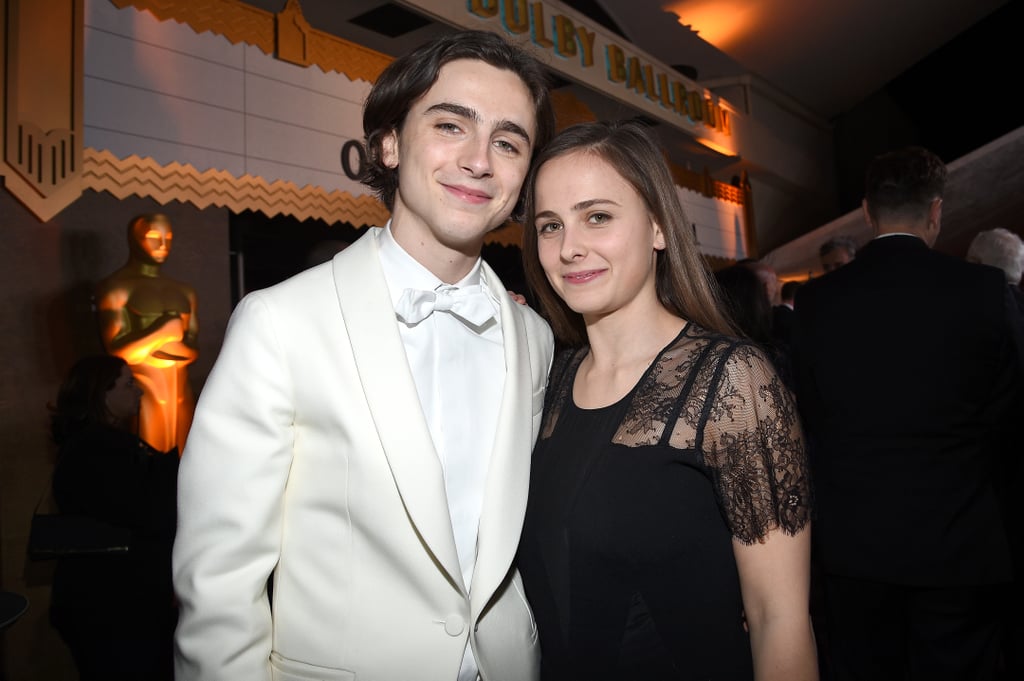 No, Timothée and Pauline Chalamet Aren't Twins, but These Snaps May Make You Think Otherwise

Timothée Chalamet and his sister, Pauline Chalamet, are super-talented siblings! Timothée is known for his roles in "Call Me by Your Name," "Dune," "Beautiful Boy," and more. He also continues to be booked and busy with upcoming movies like "Wonka" and, naturally, "Dune: Part Two." But Timothée isn't the only actor in the Chalamet family. His older sister, Pauline, is on the rise for her latest lead role as Kimberly on Mindy Kaling's HBO Max series "The Sex Lives of College Girls," which returns for season two on Nov. 17. You may have also seen her in "The King of Staten Island" alongside Pete Davidson.

Timothée and Pauline are rarely photographed in the same place due to her living in Paris while he lives in New York City. However, they have shared a few moments on the red carpet for award shows like the 2018 Golden Globe Awards and the Critics' Choice Awards that same year. Scroll through to see Timothée and Pauline's cutest pics — not to mention their striking resemblance!