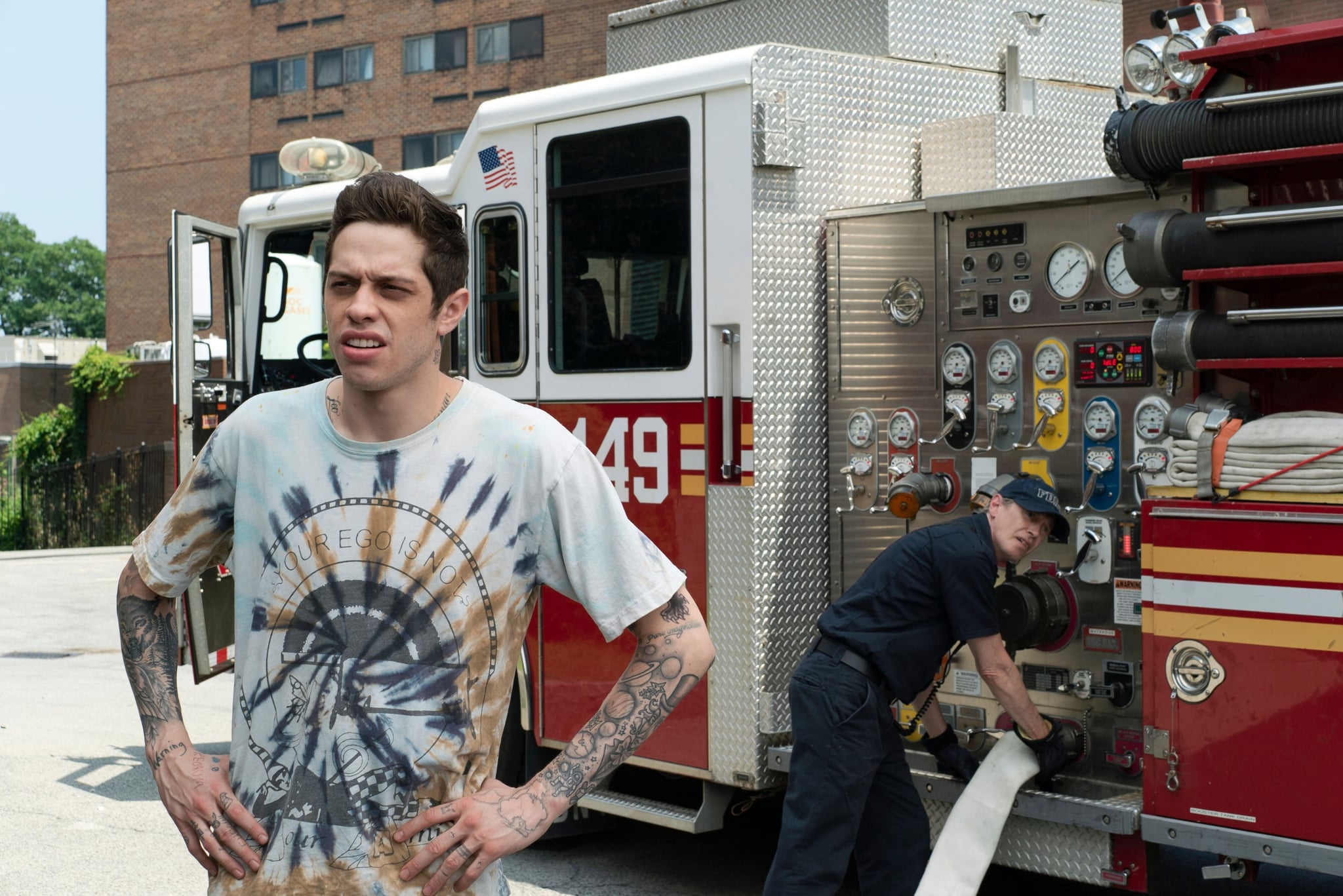 Pete Davidson's new movie The King of Staten Island is something of a departure from his usual comedy act. For fans who just know him from his SNL appearances or his tabloid-fodder personal life, it might be surprising, but in reality, the movie is heavily based on Davidson's real life.

"That guy is definitely close to me, like, five years ago. All those experiences are definitely real," Davidson told The Washington Post. "[It] is 100% me," he added to SFGate, and that's not hard to believe. His character in the movie, Scott, shares quite a few major similarities with the real Davidson. Both struggle with their mental and physical health (down to Crohn's disease, something which Davidson has been fairly open about) and lost their firefighter fathers in building collapses: the fictional Scott's father died in a building when Scott was seven, the same age Davidson was when his father died in the Twin Towers on 9/11. The movie deals with Scott's mother starting to date again, something Davidson too has had to deal with over the course of his life.

In many ways, The King of Staten Island is a way for Davidson to reclaim his own story from the gossip mill and public speculation. All the messy parts of Davidson's life have been on display over the past few years, from his mental health struggles to his very public engagement (and breakup) with Ariana Grande, followed by a headline-grabbing relationship on the rebound with Kate Beckinsale.

"When you become fodder for tabloids, you don't really have a say in how you're perceived or the truth or any of that, for that matter," Davidson explained to the Post. "So I really took advantage of this opportunity to show how I truly feel. And I think that there's something beautiful in that. And I'm very grateful that [director] Judd [Apatow] allowed me to do that." That also included casting several of his personal friends and family in the movie, even though they're not professional actors. Ultimately, Davidson, admits, the movie is as much about finding catharsis for himself as it is about telling a compelling and entertaining story.

"It's as transparent and honest and open as I could possibly be. I hope that if you do see it, maybe you see what I see in myself," he told SFGate. "It allowed me to heal on a personal level. My main goal in doing this was to grow out of it."