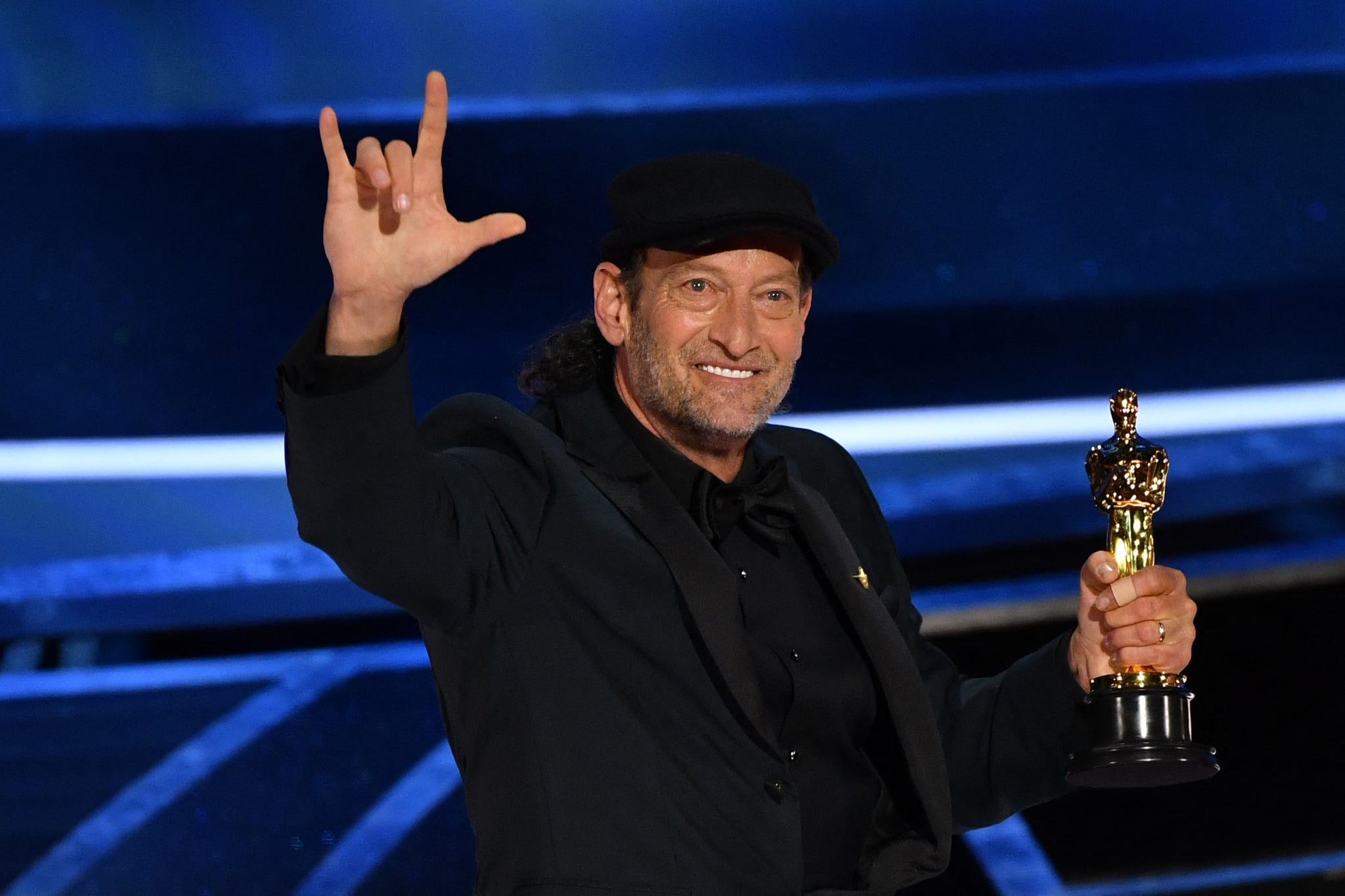 "CODA" star Troy Kotsur just made history at the 2022 Oscars. The 53-year-old actor is the first deaf man to be nominated and win an award from the Academy of Motion Picture Arts and Sciences. Kotsur took home the award for best actor in a supporting role on Sunday for "CODA," beating out Ciarán Hinds, Jesse Plemons, J.K. Simmons, and Kodi Smit-McPhee.

In his acceptance speech, Kotsur thanked the Academy for recognizing his work, as well as "CODA" director Sian Heder for bringing the deaf and hearing worlds together. "You are our bridge," he said onstage. "Your name will forever be on that bridge — Sian Heder bridge — here in Hollywood." Kotsur also dedicated his win to the deaf, disabled, and "CODA" communities, stating, "This is our moment."

In "CODA," Katsur plays Frank, the father of Ruby (Emilia Jones). Ruby is a CODA (child of deaf adult) navigating her life as she interprets for her father, her mother Jackie (Marlee Matlin), and her brother Leo (Daniel Durant) for her family's fishing business in Boston while also having dreams of pursuing an education.

"CODA," an Apple TV+ film based on the French movie "La Famille Bélier," also earned Katsur a historic SAG Award win for outstanding performance by a cast in a motion picture. He competed in the category opposite his costar Matlin, who happens to be the first deaf woman and youngest woman to win an Oscar for best actress. Since her 1987 win, no other deaf actors had won an Oscar. Kotsur breaking the cycle is the kind of representation deaf and disabled actors need to see in Hollywood. Watch his Oscars acceptance speech ahead.