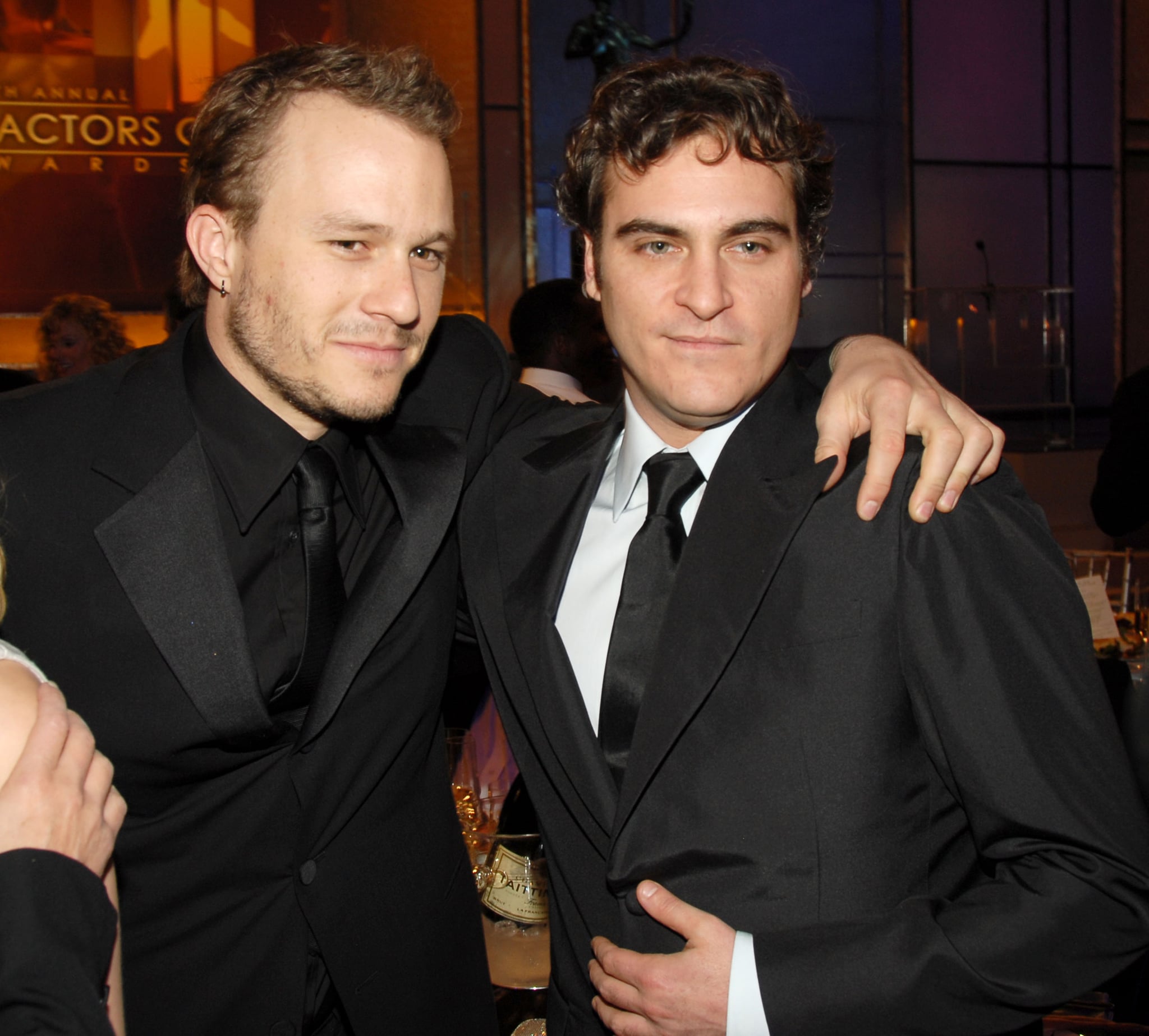 When he accepted his SAG Award for Joker on Sunday, Joaquin Phoenix praised his fellow nominees before paying tribute to Heath Ledger. The late actor famously played the Joker as well, but do Ledger and Phoenix have any connection other than both playing the famous comic-book villain? As it turns out, the pair crossed paths before, in large part thanks to award season several years ago.

Back in 2006, both Ledger and Phoenix were nominated (and competing against each other) for the Oscar for best actor. Ledger had received his first-ever Oscar nomination for his role in Brokeback Mountain, while Phoenix was nominated for the second time, that year for playing music legend Johnny Cash in the musical biopic Walk the Line (his first nomination had come in 2001, a supporting actor nomination for Gladiator). Ultimately, both men walked away without the win; Philip Seymour Hoffman won the best actor trophy that year for Capote.

Over the course of the award circuit that year, it seems Phoenix and Ledger became friendly, and they were seen hanging out at several of the year's major events. Unfortunately, their friendship never really had a chance to develop further. About two years later, in January 2008, Ledger was found dead of an accidental overdose. The Dark Knight was released that July to widespread acclaim, and in February 2009, Ledger posthumously won the Oscar for best supporting actor for his take on the Joker. In doing so, he became the first actor to win an Oscar for a comic-book movie and won the first Oscar ever for a comic-book movie in one of the major categories, shattering the notion that a superhero film couldn't also be serious art.

At this year's SAG Awards, as Phoenix accepted his award, he offered compliments to some of his fellow nominees, including Leonardo DiCaprio and Christian Bale (who, incidentally, played Batman to Ledger's Joker). Finally, he ended his speech with, "I'm standing here on the shoulders of my favorite actor, Heath Ledger. So thank you and goodnight." It's a lovely and low-key tribute to the man who previously turned the Joker into an awards-worthy role.