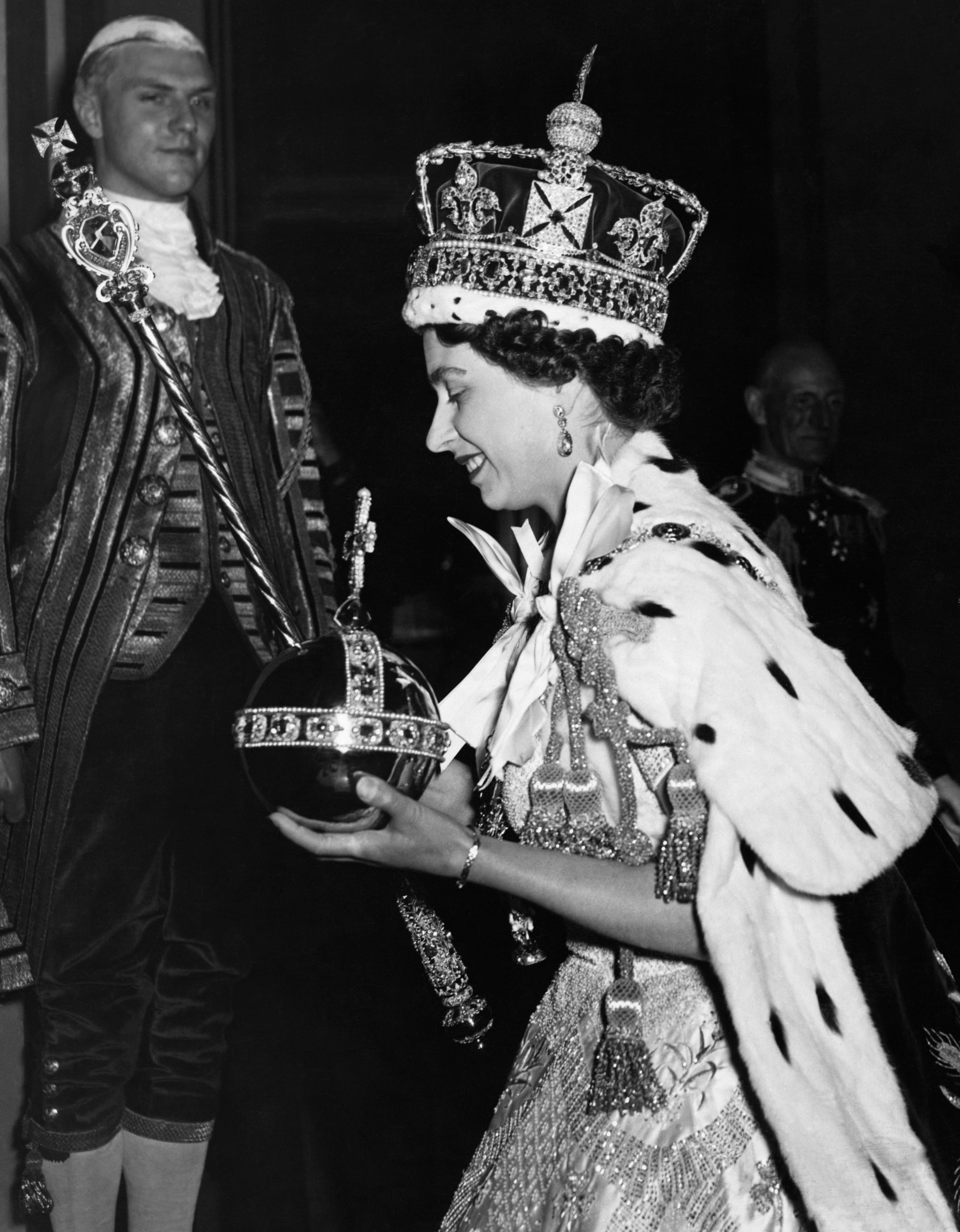 Queen Elizabeth II is the longest-reigning monarch in the UK and has more property and power than most probably know, so when it comes to her jewelry collection, it's not that surprising that she has a lot of jewels and gems to share . . . if she so decides!

The British royal family is one of a kind, which is made clear by the fact that they're still heads of the British monarchy, reside in a palace, and have a jewelry collection so vast that most of it is stored in a special tower. In fact, the short list of who gets to wear the crown jewels is even more telling of the royals and their prominence than one might think. So, who has access to these coveted gems, jewels, and crowns? The reigning monarch of course has full access to the crown jewels, but Her Majesty isn't the only one who has worn them over the years.

Throughout history, the kings and queens of England have not only worn the crown jewels, which consist of the coronation regalia as a whole, but they've stored these gems, crowns, and more at the Tower of London since the 1600s. While tourists can visit these jewels and see them in person, it is still a working collection and therefore at the drop of the hat, the queen could take a piece to wear herself.

Related:
31 Times the Queen Was So Over It and She Didn't Care Who Knew

The crown jewels are mostly worn for big events and by the monarch and sometimes their wives or children. For example, the Imperial State Crown is worn by Her Majesty for every State Opening of Parliament, as noted the Historic Royal Palace's database. Meanwhile, back when King James I was ruling, his wife, Anne of Denmark, was known to borrow the crown jewels and use them as props in her own plays at court, Britain Magazine reported.

According to the royal family's website, the collection kept at the Tower of London also includes crowns acquired by various monarchs, robes, medals, and royal christening fonts, as well as the lavish regalia used at coronations.

Her Majesty is the most recent wearer of regalia, donning the Imperial State Crown, the Sovereign's Scepter and Cross, the Sovereign's Orb, new armills (referred to as "bracelets of sincerity and wisdom") and the Coronation Necklace (worn at the coronation of every queen since Queen Alexandra in 1902), which are all a part of the crown jewels, at her coronation back in 1953.

In addition to the crown jewels, there are the two more categories of jewelry and heirlooms the royals have access to, according to Ella Kay, the expert behind The Court Jeweller, via Town and Country. Like the crown jewels, which are best known for gems and crowns, the royal collection — which includes some jewelry, but mostly art — is owned by the sovereign trust and passed from monarch to monarch.

Related:
There's at Least 1 Thing Queen Elizabeth Has in Her Purse That You Probably Do Too

The last category, is the queen's personal collection. These are the pieces that you see being lent to different members of the royal family on a more regular basis, including both tiaras worn by Prince Harry's and Prince William's wives on their wedding days. Most recently, the queen lent the Greville Emerald Kokoshnik to her granddaughter Princess Eugenie on her wedding day, but tiaras aren't the only thing that Her Majesty allows her loved ones to use for special occasions.

"I'd say the majority of her jewelry is part of her personal collection," Kay explainED. "That includes everything from the pearl earrings that she wears on a daily basis to her brooch collection and her tiaras, as well as the jewelry she inherited from Queen Mary and the Queen Mother."

So, although there are some items from the crown jewels that are worn by people other than the monarch here and there, they are usually kept in reserve for the reigning power, aka Her Majesty, and eventually Prince Charles and his wife once he takes the throne.