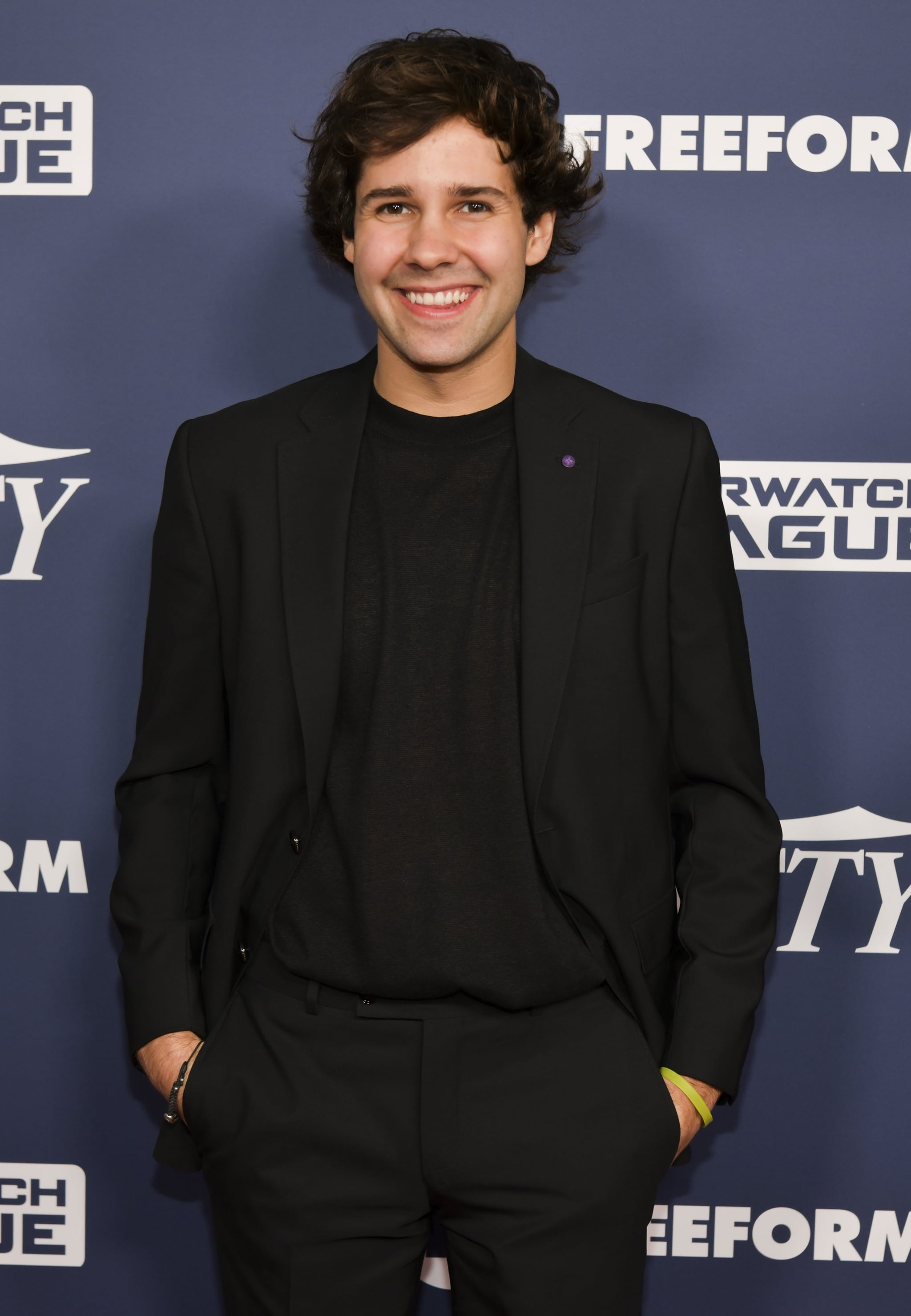 David Dobrik doesn't just have 15.3 million subscribers on YouTube because he's hilarious — we also appreciate that he's cute AF. Despite his boyish charm and good looks, his dating history is far less extensive than you might think. For over two years, David was in a relationship with fellow YouTube celebrity Liza Koshy, and though they didn't become Instagram official until February 2016, they'd been quietly dating for months before that. In May 2016, David wished Liza a happy six-month anniversary, so it appears their relationship officially started in November 2015.

Unfortunately, the two announced the end of their adorable relationship in an emotional video titled "We Broke Up," which they posted in June 2018. In the video, they admitted that they'd actually broken up six months before posting the video. "It wasn't healthy for us to continue to be together, for now," David explained, later adding, "Liza broke up with me because she felt like we've been kind of distant because we've just been so busy. Period. And, as much as I hate to admit it, I was feeling that on my side, too." However, the two also said they hoped to remain good friends.

Related:
15 Surprises From David Dobrik That Made Us Want to Be a Part of the Vlog

David's next breakup was far more bizarre than heartbreaking. In May 2019, David's friend and fellow Vlog Squadder Jason Nash joked on video that David would never have an ex-wife, as no one would ever be willing to marry him in the first place. As revenge, David promptly flew to Boston and asked for Jason's 75-year-old mother Lorraine's hand in marriage. She was totally on board with the prank, and the two tied the knot in Las Vegas that same day. But all good things must come to an end, and David announced a month later that he and Lorraine were filing for divorce. Luckily, it seems there are no hard feelings between the two.

Though David hasn't publicly dated anyone since his divorce, fans can't help but speculate that something romantic may be going on between him and his longtime friend and assistant, Natalie. The two went to high school together (Natalie even took him as her date to a dance), and as David told Delish in November 2019, he definitely used to have feelings for his friend.

"Yes, I have had a crush on Natalie," he said. "I was very young and very stupid — like so, so dumb. I have matured. Freshman year she asked me to a dance, but I actually had a little bit of a crush on her."

Despite all the cute pics the two post together (and all the over-the-top gifts David buys for her), he continually insists that they are nothing more than friends.

"I'm definitely not [dating Natalie]," he told Clevver News in December 2019. "Nobody in my friend group is actually dating my assistant Natalie, which is kind of a heartbreaker to a lot of people. But no, she's just a really good friend of mine. I would tell you if we were [dating], but no, we're not and I don't think we ever will." So much for that!