It's been 40 years since BET began putting the Black in Black Entertainment Television, and on Sunday, June 28, the network celebrated with the 20th anniversary of its biggest annual party: the BET Awards. From a show opener featuring Public Enemy's classic hit "Fight the Power" to Chloe x Halle giving innovative art tea with their double performance, the night was a tribute to the varied Black experience as a whole. Artists like DaBaby, John Legend, and Alicia Keys used their virtual performances to highlight the ongoing protests for justice against police brutality, which gave the night a powerful theme. Some moments celebrated Black joy, like Megan Thee Stallion's empowering rendition of "Savage" and Jennifer Hudson's inspirational performance of "Young, Black and Gifted." Keep reading to check out all the performances ahead! 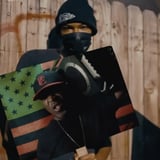