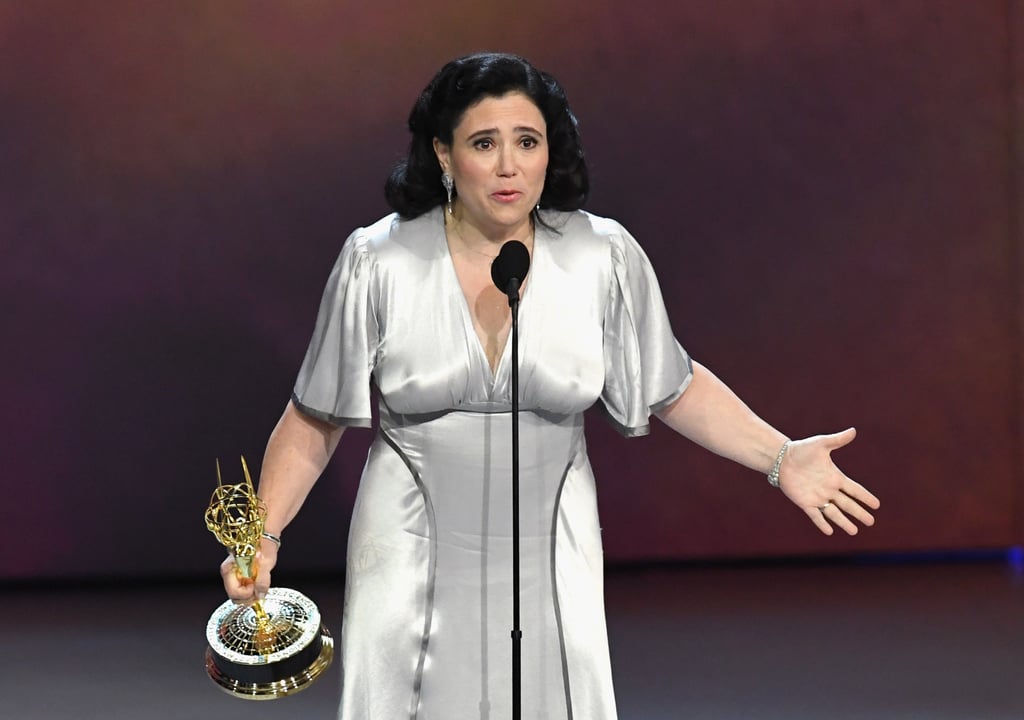 Alex Borstein won the second Emmy award of the night, and she had us all teary by the end of her brief speech. The actress won outstanding supporting actress in a comedy series for her role as Susie Myerson on Amazon's The Marvelous Mrs. Maisel. This was Borstein's first Emmy win, though she has been nominated before for her hilarious voice work as Lois Griffin on Family Guy.

The Emmy winner thanked Amazon and show creator Amy Sherman-Palladino (who went on to win two Emmys herself), as well as her father and brothers before she had us all tearing up at her beautiful message to her children. "My children, my children — you are everything. This is all fun, this is wonderful, but none of this matters. You matter," she said. "I love you. Thank you for giving me a life and I'm going to try to be there for more of it." Watch her speech ahead, and then check out the rest of the night's winners.

Carey Mulligan
Carey Mulligan Wore This Hot-Pink Suit on SNL, and It's Malibu Barbie Worthy
by Nikita Charuza 9 hours ago

Saturday Night Live
Bowen Yang Is, Once Again, the Highlight of SNL as He Embodies the Titanic-Sinking Iceberg
by Karenna Meredith 1 day ago