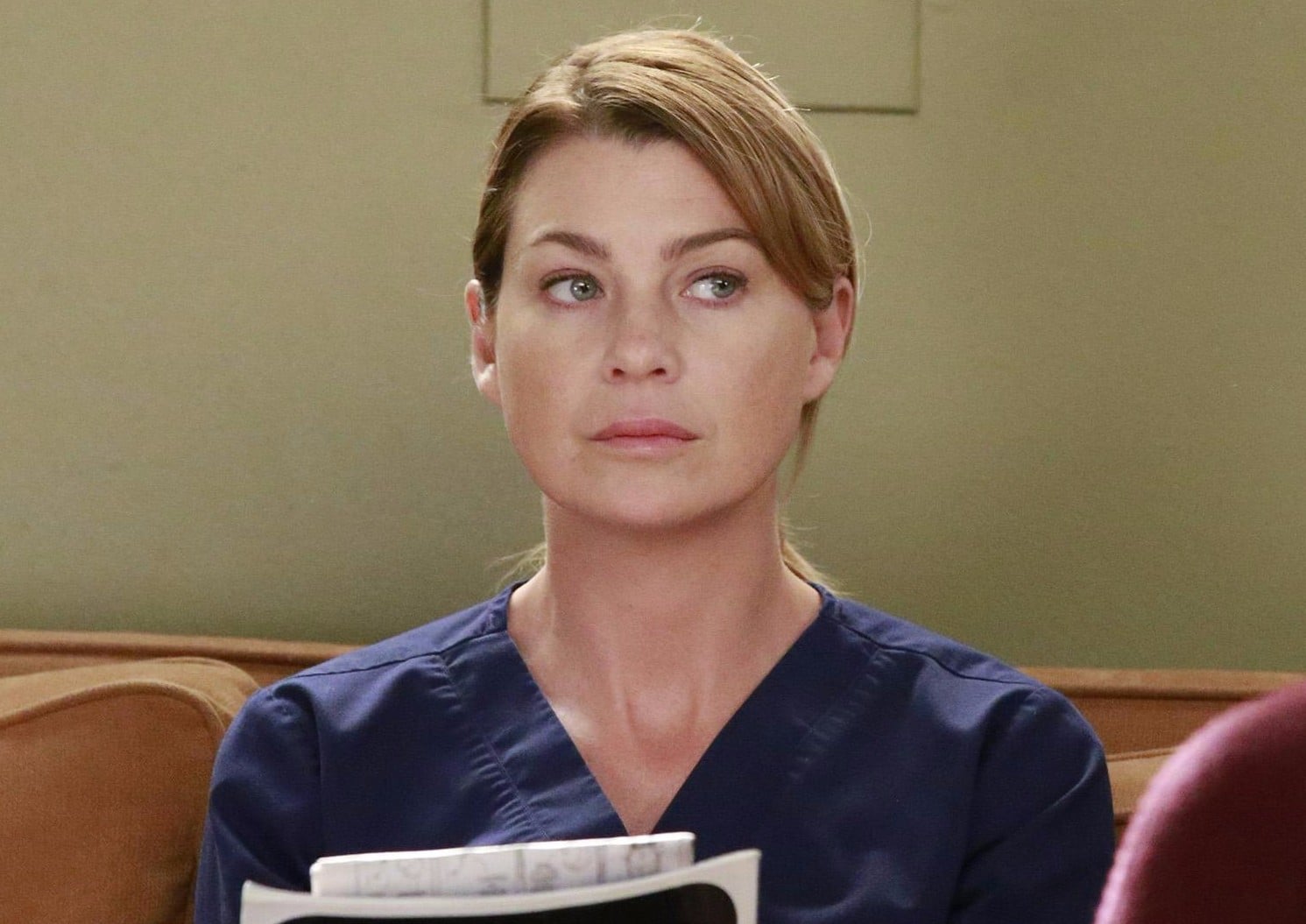 Over the course of the past 13 seasons of Grey's Anatomy, one ride-or-die pair has certainly stood out above the rest: Alex Karev and Meredith Grey. The two have been friends since the very beginning, and once Cristina moves away, Alex steps in as Meredith's "person." As their bond grows closer with each passing episode, it's hard not to ask: will Alex and Meredith's relationship take a romantic turn? It's become such a prevalent issue that the two stars in question, Justin Chambers and Ellen Pompeo, have commented on it. Even executive producer Shonda Rhimes has weighed in.

For Pompeo, it seems like the whole situation is likely a no-go. In a recent chat with E! News, she said, "Justin is one of my favorite people on the planet. We're really close, and it does feel weird. To potentially maybe have him as a love interest would be like kissing my brother." In fact, Pompeo revealed that she's perfectly fine with Meredith's life as a single woman. "The love interest part is not my favorite piece of this, I'll be honest. Kissing guys that aren't your husband is, you know, a little weird. I guess it wouldn't be if you didn't like your husband, but I happen to be very, very fond of mine."

Related:
Is Meredith Grey a Bad Person? Well, Actually, the Answer Might Be Yes

With Chambers, it's a bit more complicated. Back in September, the actor told Entertainment Weekly he'd be open to the romance. "It did surprise me, because I never saw that happening. I know we did an episode where it was like 'What if?' so we got to see a little bit of it, but yeah, it's surprising. It's interesting. Hey, this is Shondaland, you know? Anything's possible!" More recently, though, he seems to have changed his tune. In the same E! News story, he reportedly decided he's against it. "I think anything is possible, but personally I find it to be weird. I think that they're very much like siblings. They've been through so much together. Personally, I don't see it. But, hey, this is Grey's Anatomy. Anything is possible."

Suffice it to say, Rhimes would have final word on the situation. And, well, she's not ruling it out. "I've learned to never say never at this point," she told EW. "I always thought the show would end at season two, three, four or five. So every time I would say, 'This is definitely going to be what's happening,' then we keep going and the story grows. Then everyone gets mad because I said something was definitely going to happen. So I'm never going to say never at this point."