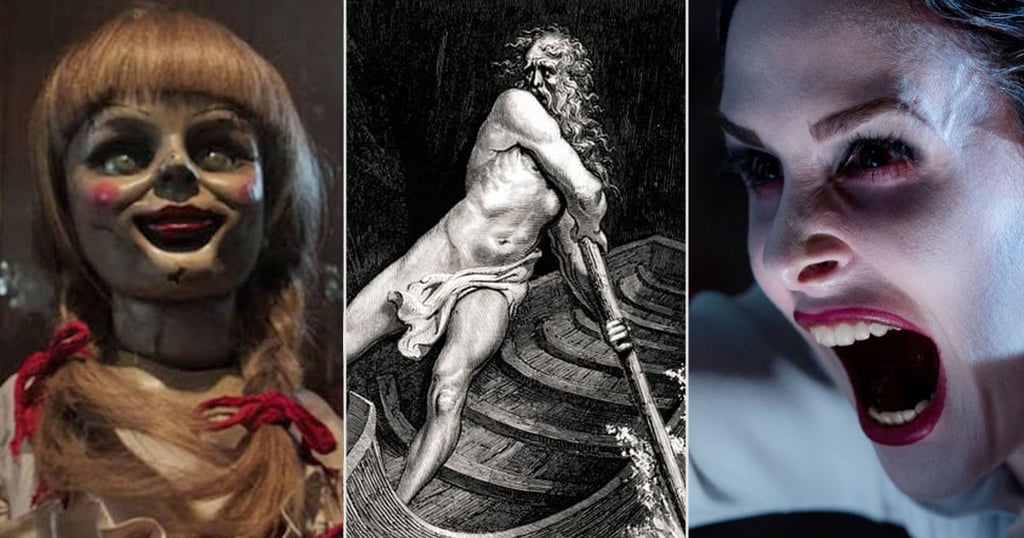 If you ask me, the Annabelle doll is one of the most iconic (and terrifying) parts of The Conjuring's ever-expanding universe. The doll, which is based on a real-life Raggedy Ann, was first introduced in The Conjuring and has been scaring the sh*t out of us ever since. Her popularity grew so much that she was eventually given her own prequel series! And so, Annabelle and Annabelle: Creation joined the larger timeline. But now, in Annabelle Comes Home, we're slamming right back into the present with Ed and Lorraine Warren and their daughter, Judy (played by Haunting of Hill House's McKenna Grace).

In December 2018, I visited the Los Angeles set of the third Annabelle film, where I got all sorts of fun tidbits about the next chapter in the Warrens's universe. The horror flick takes us right back to where we last left the cursed doll. In fact, the first scene of the movie will be the same as the first scene in The Conjuring: Ed and Lorraine visit a group of nurses who have been having problems with the Annabelle doll, and they decide to take it and lock it away in their infamous artifact room. So sets the scene for the movie — it's in that space between The Conjuring and The Conjuring 2. And though the Warrens appear in the film, it's really going to focus on Judy, her babysitter Mary Ellen, and two friends: Bob and Daniela.

The kids have been left to their own devices in the Warren home, and unfortunately, our girl Annabelle gets loose and begins to "activate" all kinds of cursed objects in the artifact room, as we see in the terrifying trailer. During my visit, producer Peter Safran described it as "Night at the Museum in the artifact room." So yeah, things are going to get pretty wild. And luckily for you, I was able to get the lowdown on a few of the demons (and a couple of fun Easter eggs!) we'll see onscreen.