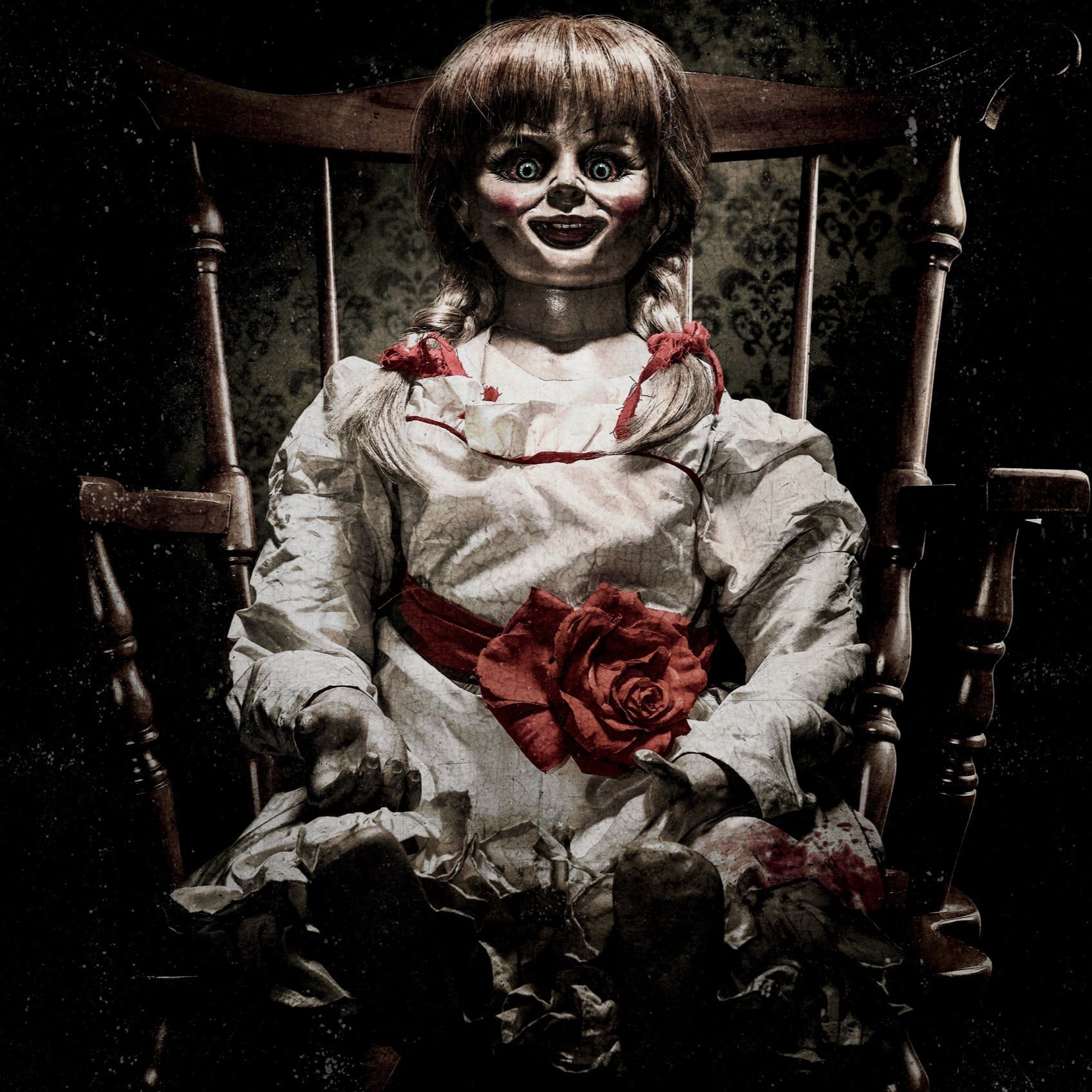 The possessed Annabelle doll is returning for round three, and this time, she's determined to claim a soul. Annabelle Comes Home might just be the most harrowing addition to the universe yet. I should know, because I heard all the ins and outs during my visit to the set in December 2018. What makes this film so different from the previous spooky entries in the series? Well, it seems like Annabelle will have a full arsenal of evil at her disposal, because the film takes place in the very heart of the Warren household: the fearsome Artifact Room that houses some of the most evil artifacts in the world.

During my trip to the set, I spoke to producer Peter Safran about the exciting addition. Why, now, are we being thrust back into the world of the Warrens? After all, the first two Annabelle films take place long before the Warrens come into the picture. This time, they're appearing in special supporting roles.

"We always knew that was a story that we wanted to tell, and we felt that we'd told Annabelle's true origin story," Safran told me. "We liked the opening of The Conjuring with the nurses. So we just thought, 'What happened? Let's start from there. That's at least the origin story of the Warrens and Annabelle."

Ed and Lorraine decide to take a night off from all their paranormal investigating, and leave their daughter, Judy (McKenna Grace), with a babysitter. In comes said babysitter, aka Mary Ellen, played by Madison Iseman. "She's been babysitting Judy for a while now and is close to the Warrens," Iseman told me. But Judy and Mary Ellen aren't the only two hapless kids in the Warren household on this fateful night. Mary Ellen also brings along her friends, Daniela and Bob (Katie Sarife and Michael Cimino, respectively).

"Bob is just like this goofy, shy, nervous kid," Cimino told me during my visit. "He's totally head over heels for Madison's character, Mary Ellen." Daniela, on the other hand, is a bit of a troublemaker. "She's best friends with Mary Ellen, and she's outgoing and outspoken and fun," Sarife said.

So, now you know the time, the place, and the major players. Where does it all go wrong? Well, somehow, at the beginning of the night, Annabelle gets loose. And that's where the real fun — I mean trouble — begins. 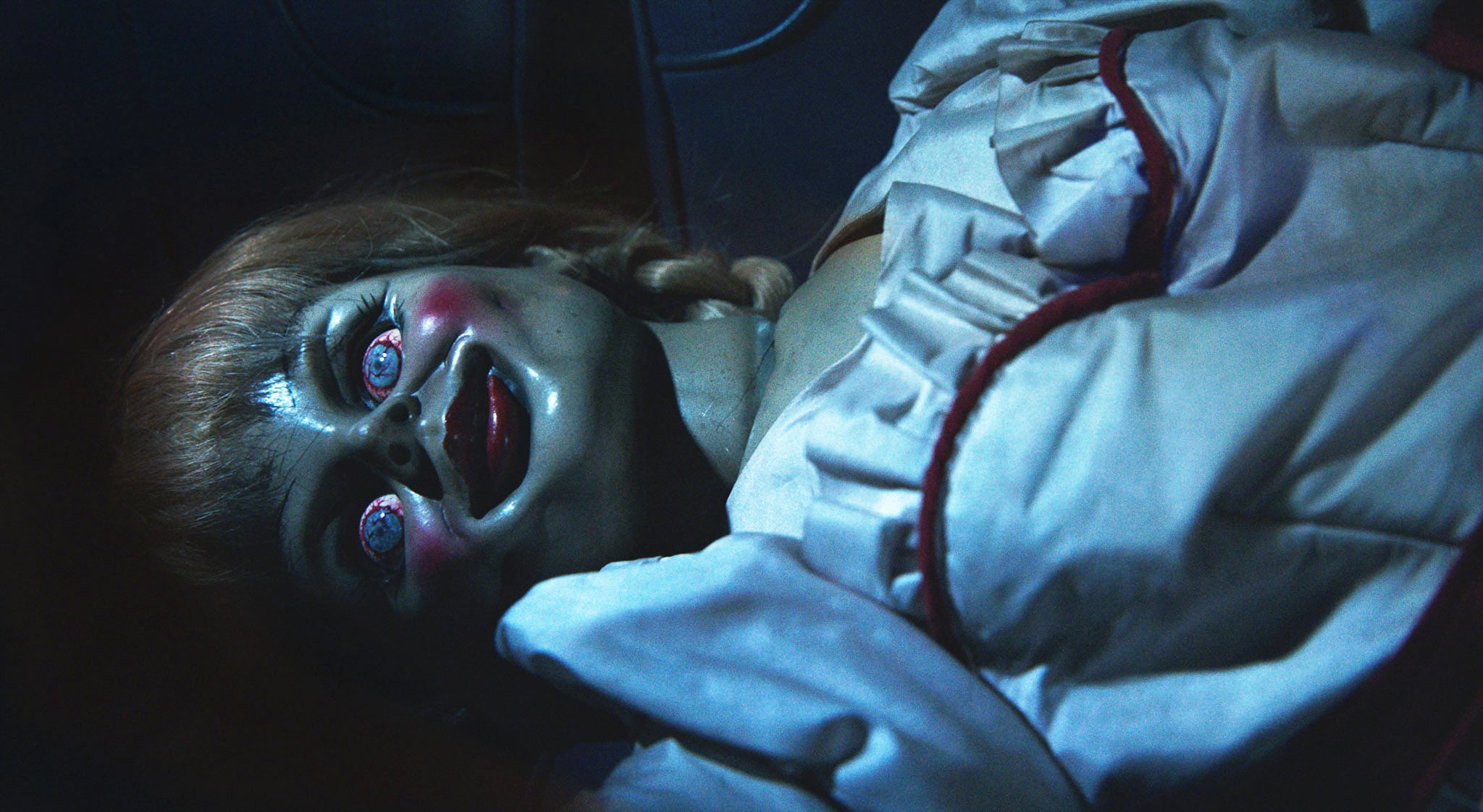 As you may remember, Annabelle is locked away in a very special case in the Warrens' dangerous artifact room for safe keeping. When she gets unleashed, she begins to "activate" the other haunted objects therein. "We always loved the artifact room," Safran said. "We talked about it earlier: that we had given little tastes of it over the course of the other movies. And so, we always did have it in the back of our mind, what an incredible place to be the central point, the nexus, for a whole movie."

So here we are, with one manic possessed doll and a whole treasure trove of evil. Naturally, all hell breaks loose. "The idea of Night at the Museum in the artifact room — it just felt great," Safran continued, "and it's kind of been that the whole way through just from the script development, storyboards, and prepping the movie. Just every step of the way, we were like, 'This is really an interesting one and it just feels different.'"

There's another interesting reason why this film feels so different than the other ones in the universe: it's all going down in one single night. "Our film takes place over the course of 24 hours, so that hasn't been done before in this world," Iseman told me. "It's just very different. I'm curious to see how people will react to it." Safran also noted the timespan as a pretty great device for the film: "I think that the pressure of that is something that's interesting and fun if you ratchet up the tension, and you just never take your foot off the gas . . . I love the fact that it's young people. It's kids solving the problem for themselves."

Sounds like the Warrens won't be around this time to pick up all the pieces. And with an entire room of objects coming to life in addition to the powerful danger of Annabelle, we imagine we're in for more than just a bumpy ride. We just hope that house is still standing at the end of the night.