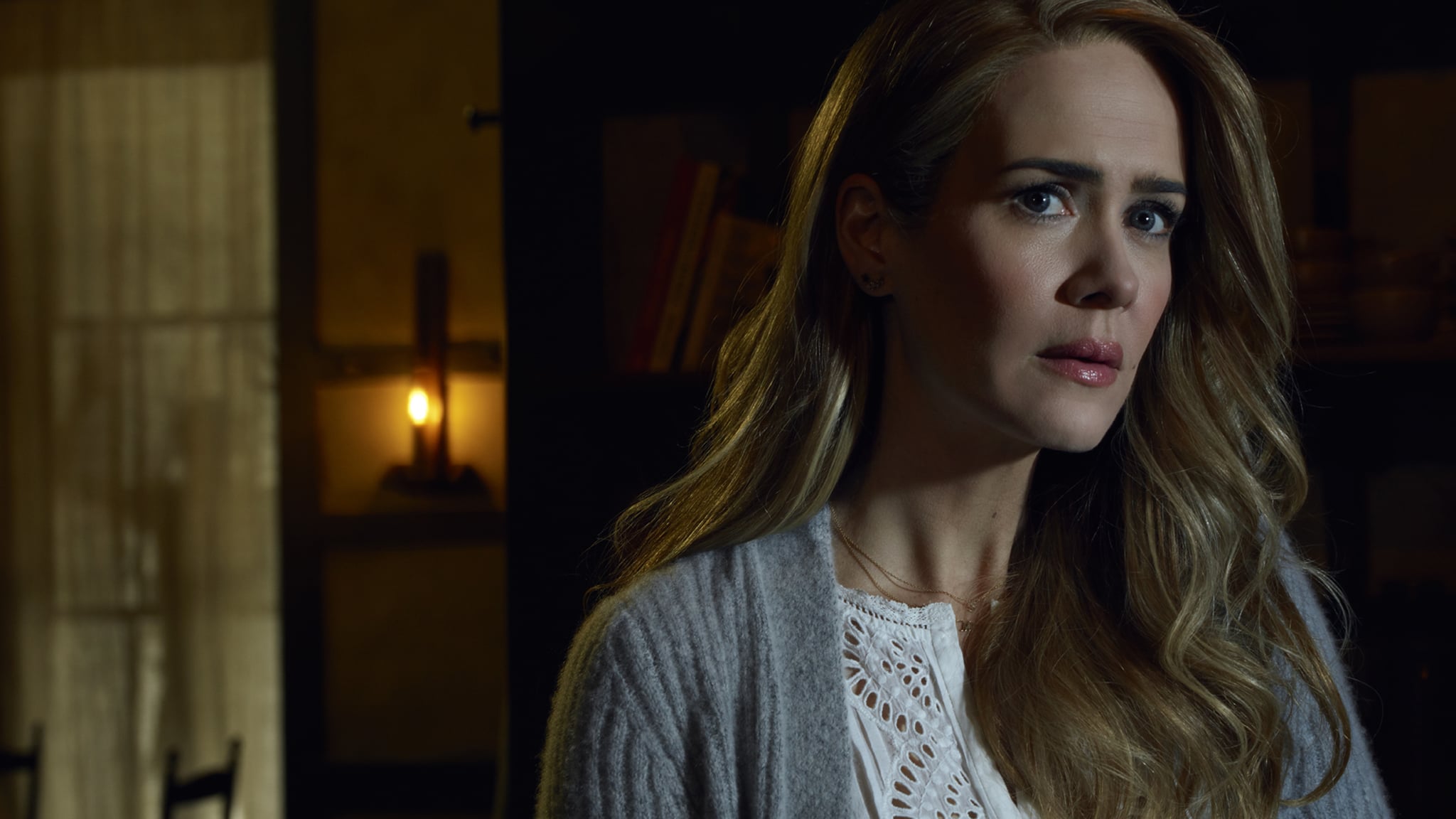 Stay alert, American Horror Story fans. You may think all has been revealed with Roanoke's massive episode six twist. The more we think about it, though, the more certain things don't seem to be adding up. That's when it hit us: what if we're not experiencing the full reality of the American Horror Story universe? What if this is still a show within a show? Earlier in the season, we knew we weren't getting the full scope of the story, because everything just wasn't adding up. And now, even after the twist, we're still getting that weird feeling. Could Return to Roanoke: 3 Days in Hell just be another production? Let's examine all the evidence.

1. The Presentation of "Chapter 6"

So, the first thing we need to talk about is the way the sixth episode is presented to us. It's basically already a finished project. Sure, it has that "found footage" feel, but it's not just a bunch of useless clips. The footage has already been selected, the cuts have already been made. Return to Roanoke already has a title card, which is a bleeding version of that crazy haunted house. There are other added details: transcribed 911 calls, and even that one screen that lets us know all the participants of the show died, except for one.

Is anyone else getting vibes along the lines of The Blair Witch Project? Like these are "real people," going through a "real horror experience," and we happen to have access to everything. There's no way this could have aired on TV if it were real, right? The logic follows that the network would be in on the stunt. After all, we do see them rigging the house with fake stuff. Maybe it's all part of this narrative, that they were setting it up and the horror was really there all along. But what if it wasn't?

2. Going Back to Ryan Murphy's Quotes

Co-creator Brad Falchuk said something else that seems to corroborate the argument. "It's like [episodes] 1-5, 6-9, and 10 is its own thing." Before now, we couldn't help but wonder what episode 10 would hold, but now it makes sense. After episode nine, we realize we were, once again, looking through a lens. We pull out into the final American Horror Story reality. Maybe this leaves room for something even more horrific. Maybe Agnes (Kathy Bates) gets so enraged by the mistreatment of the subject, she up and kills everyone. All we know is, treating Return to Roanoke with the same "show within a show" model gives all of these quotes a clearer meaning. 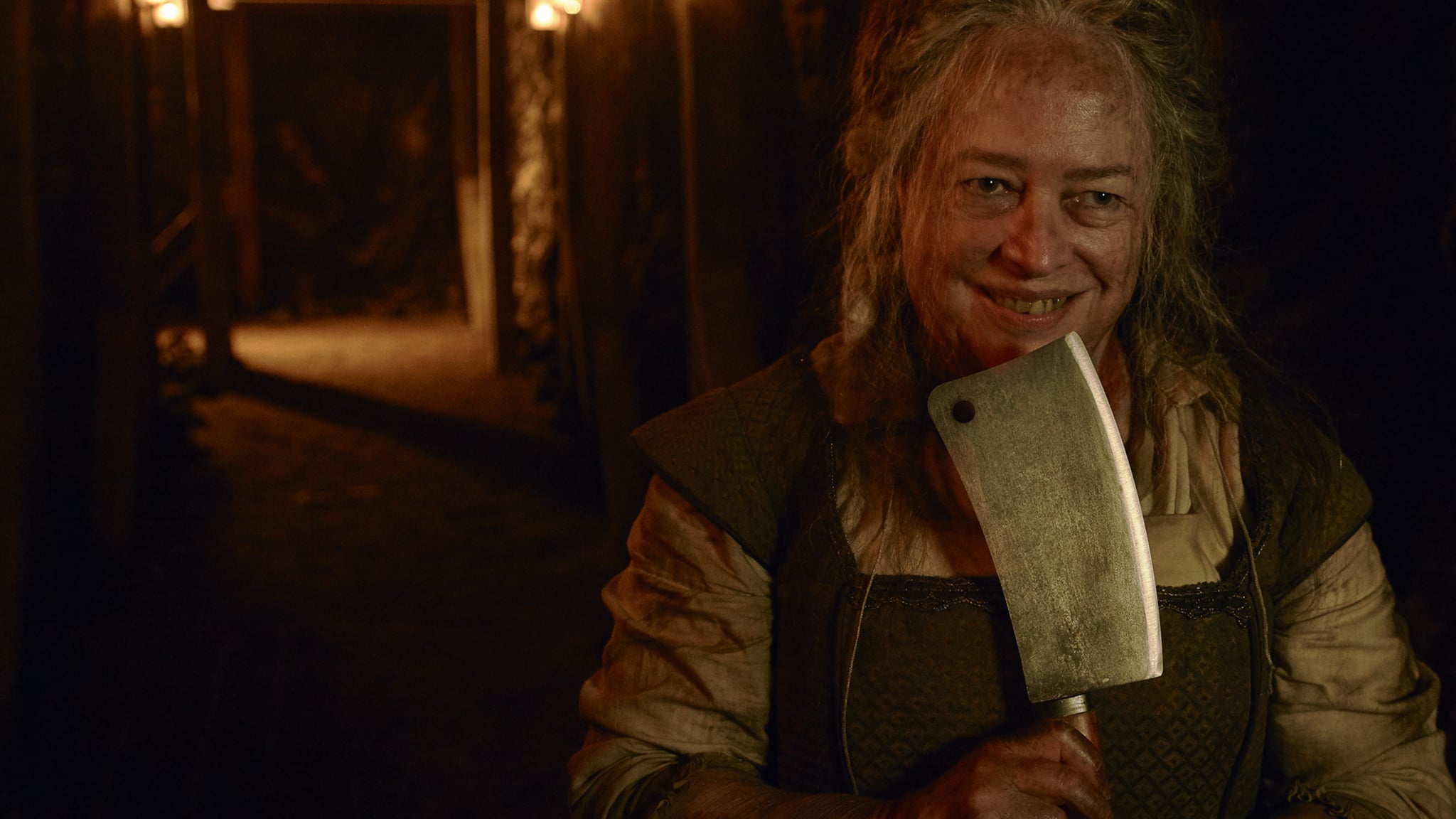 There's even more about Return to Roanoke that smells kind of fishy. What are the chances the camera happened to catch that man chainsawing his own head off, before the filming officially began? And furthermore, why doesn't production get shut down after that? For a major studio, wouldn't that be an obvious moment to reconsider?

At another juncture, we see the burnt spirit of Mason enter a hallway and stare into the camera. But why would a ghost stare into the camera? Do ghosts care about or acknowledge them at all? And furthermore, do ghosts even show up on camera? It seems like the answer would be no, but then again, the rules tend to change season to season.

4. Sticking With the "Perfect Illusion" Theme

No matter what, we have to remember the foundation on which this season was built. The misdirecting teasers that kept us guessing and the mysterious lack of information are what led us into this season. They proved to be a telling warning that My Roanoke Nightmare was not what it seemed. And again, we have to circle back and consider that this is still not the reality. No matter what we've seen, it could be that the real horror story is lurking underneath.

5. The Big Problem With This Theory

Of course, we can't bring up all these points without the glaring counterpoint. If none of this is real, what's the point of season six? Where's the American Horror Story? Perhaps this big question will receive an answer in "Chapter 10." Maybe that's when everyone dies. Maybe that's when all this trickery catches up to the producers. Or hey, maybe this show will have been very real, and the network will be dealing with the aftermath. The good news is, we won't have to wait much longer to find out.

TV
Mitchell Slaggert Talks Jackson and Kimberly's Relationship in "TSLOCG": "You Root For Them"
by Monica Sisavat 4 hours ago