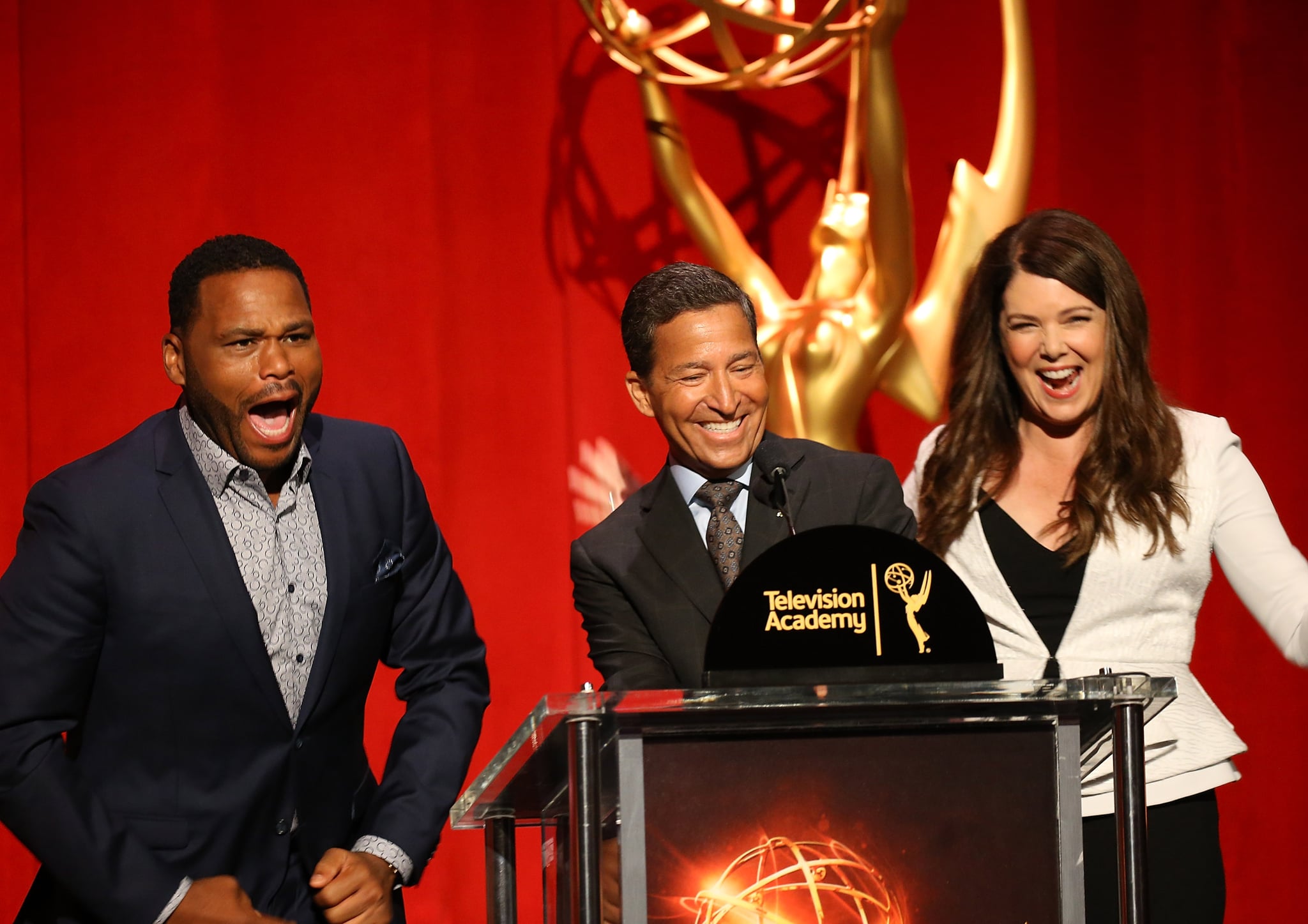 Anthony Anderson and Lauren Graham announced the 2016 Emmy nominees on Thursday, and Anderson could not contain his joy when his face popped up on the big screen. This is his second year being nominated for Black-ish, and he was so proud he even gave a shout-out to his mom. He continued to absolutely not hold it together when his costar, Tracee Ellis Ross, also scored a nomination. The fun didn't stop there! He lost it again when Black-ish was nominated for outstanding comedy series. Basically, Anthony Anderson is having a hell of a day. Here's a greatest hits compilation — just make sure you have the sound turned up.

Amazon
Which Character From The Wilds Are You? TBD Based on Your 1 Fashion Must Have
by Sarah Wasilak 1 hour ago

The Bachelor
Just to Clarify, the Reason Sarah Trott Left The Bachelor Wasn't Because of Drama
by Amanda Prahl 2 hours ago