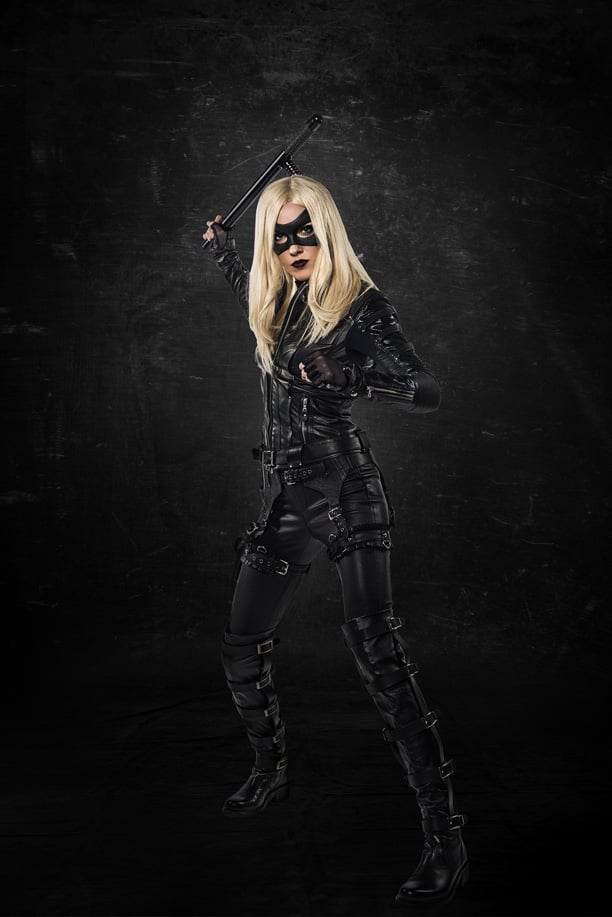 Laurel (Katie Cassidy) has been training hard (and ultimately making some poor choices) on Arrow lately, and two new pictures show her finally all suited up. Ever since — spoiler alert — the death of her sister, Sarah, earlier this season, Laurel has been channeling her anger into becoming Sarah's former superhero alter ego, Black Canary. From the looks of these pictures, she's ready to rumble. According to The CW, we'll get to see Laurel as Black Canary on "Left Behind," the 10th episode of the season. (This week is only the sixth episode, so we have a few weeks to go.) Until then, let's just count this black leather getup as one of the many sexy reasons to watch Arrow.