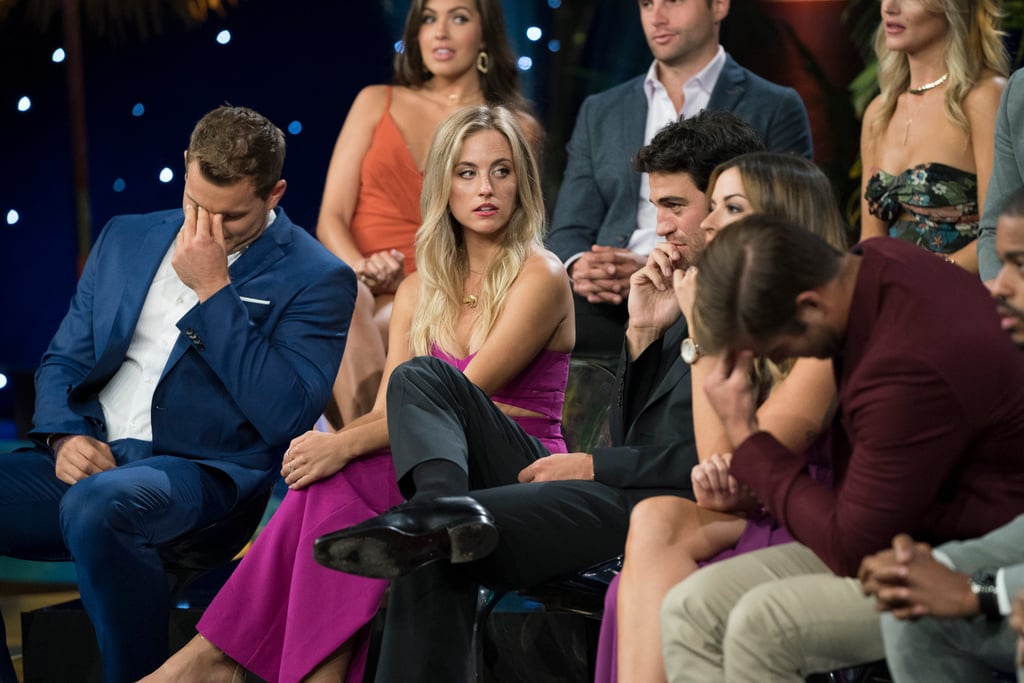 In the words of Chris Harrison, Bachelor in Paradise's season five finale was, without a doubt, its "most dramatic yet." The last episode was a roller coaster of emotions that included bombshell after bombshell. While there were happy endings for a few couples that had Bachelor Nation swooning — Grocery Store Joe and Kendall, Astrid and Kevin, and Krystal and Chris — the evening's biggest shockers were in the form of some scandalous breakups.

Not only has Jenna been scamming Jordan (her fiancé) this whole time by dating another guy behind his back, but Kamil also decided that the finale episode was the perfect time to dump Annaliese . . . in front of everybody! Fans naturally had a lot to say about the episode on Twitter, so keep scrolling to read the most hilarious reactions.

Related:
We're Still Trying to Figure Out How It All Went Wrong on Last Night's Bachelor in Paradise
Previous Next Start Slideshow
Bachelor In ParadiseTVTwitter Reactions
Around The Web

Hulu
Get Excited, Because Love, Victor Season 2 Finally Has a Release Date
by Kelsie Gibson 1 hour ago

Netflix
Ginny & Georgia: The 5 Biggest Revelations About the Family's Shady Past
by Kamrun Nesa 1 hour ago

TV
Interested in Signing Up For Paramount+? Here's Everything You Need to Know
by Amanda Prahl 2 hours ago