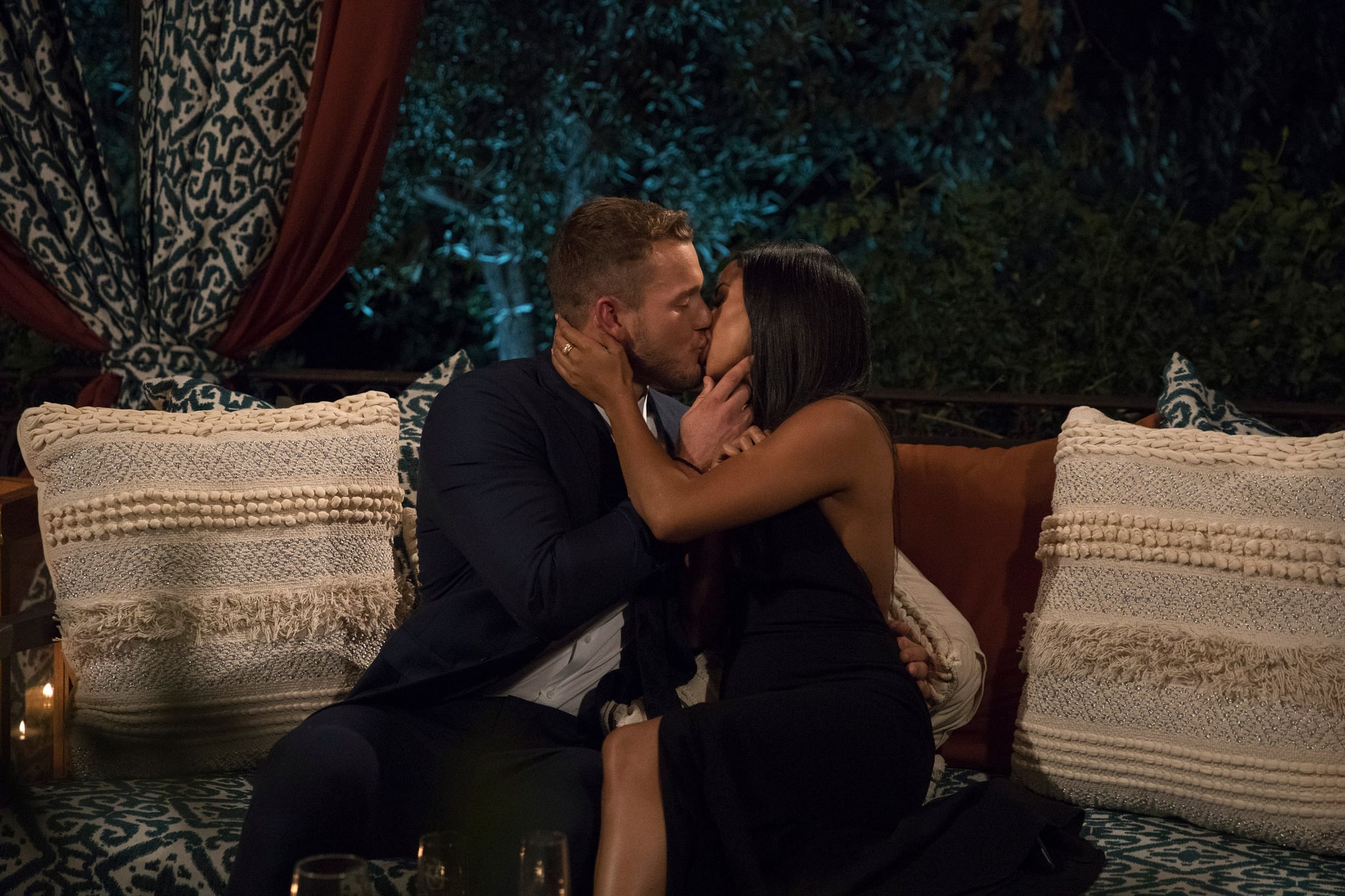 Colton Underwood, the most recent star of The Bachelor, kissed plenty of women over the course of his season. In addition to locking lips with final pick Cassie Randolph, the former NFL player ,27, kissed contestants like Demi Burnett, Tayshia Adams, Caitlin Clemmens, and Sydney Lotuaco. And, as luck would have it, the latter three are currently all on Bachelor in Paradise, where Colton's kissing skills became the topic of conversation during Monday night's episode.

It all started when Derek Peth asked the ladies about their worst kiss while sitting with a group around a fire on the beach. As soon as Sydney hinted it was someone they all knew, one of the guys yelled out "Colton?!" and Sydney said, "Yeah, sorry," while coyly sipping her drink. Caitlin chimed in saying, "I would have said the same thing," and apparently she's not the only one.

When Tayshia joined the group, Derek asked her point-blank if Colton was a bad kisser. After admitting it was an awkward situation, the 28-year-old phlebotomist admitted the truth. "Yeah, not gonna lie," she said. "But he got better by the end of the season . . . I think I'm a good teacher."

But don't worry, Colton — you still have some fans in your corner! Demi had a different opinion of her experience making out with Colton, writing on Twitter that she "thought coco was a good kisser."

I thought coco was a good kisser 🤷🏼‍♀️ https://t.co/M2Mmz2wgEN

Cassie also hopped into the conversation to defend her boyfriend after seeing Demi's tweet. "Still do and I guess that's all that matters," she wrote, later following it up with a GIF of her and Colton kissing on The Bachelor and writing, "Kiss me dammit you good kisser you."

Same🤷🏼‍♀️ Still do and I guess that’s all that matters😏 https://t.co/Emj8rJHL30

kiss me dammit you good kisser you pic.twitter.com/MAq74XxH33

After a dramatic season finale, Colton ended up with Cassie even though they didn't decide to get engaged. They're still going strong, though, and as Cassie said, that's clearly all that matters.