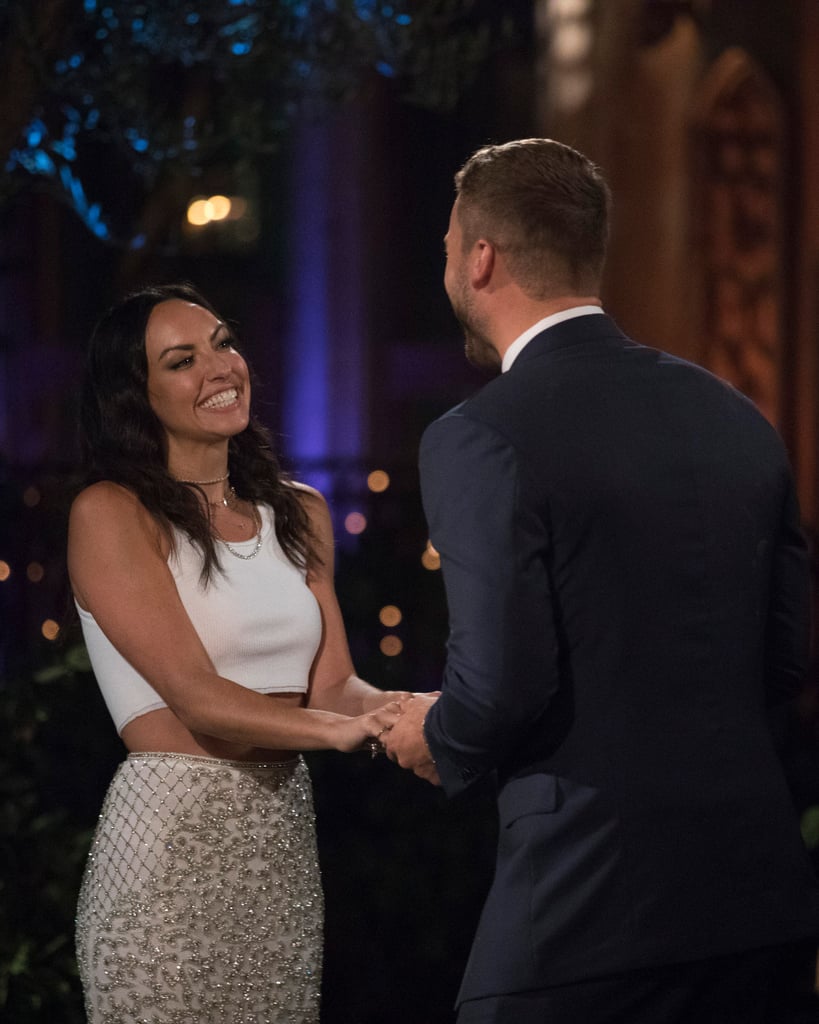 The Bachelor franchise is facing another controversy days before its season premiere. In early December, tweets resurfaced from a contestant on Colton Underwood's season that contained criticism toward people who compete on dating shows, body-shaming language, and the R-word. Colton has since addressed the controversy, after the contestant, 31-year-old wardrobe stylist Tracy Shapoff, issued an apology.

Dug up by various fans of the franchise, there are several tweets mocking "ugly" and "fat" people. Another tweet criticizes cab drivers who are immigrants: "Don't come to America until u learn how to speak the language and don't drive cabs if u don't know the city." In another tweet, Tracy used the R-word to describe people who get liposuction, adding, "Stop wasting your money and just get your fat ass to the gym." In an ironic twist, Tracy also made fun of people who think they are "finding love on reality TV."

After the news broke, Tracy shared an apology on Instagram. "I want to start by expressing my sincerest apologies for the extremely hurtful words I said many years ago," she wrote. Adding, "In the many years since writing those tweets, I have made a conscious effort not to be judgmental and to be accepting of all people." Tracy went on to say that through her job as a stylist, she helps her clients "have positive images of themselves, their bodies, and feel beautiful in who they are."

Related:
The Bachelor: Everything You Need to Know About Colton’s Upcoming Season

That then left Colton to address the backlash. When asked at a recent press conference if The Bachelor needs to enact more diligent background checks — specifically looking into contestants' social media — Colton said, "That's not up for me to decide, obviously, but as the Bachelor, it's a good opportunity for me to really get to know these women and form my own opinions of them without really seeing that." He added, "While I don't believe in whatever Tracy liked and tweeted at the time, I think that it's a growing thing . . . But the bottom line is, that's not up to me, that's not my department or anything I need to have an opinion on."

The incident comes after two contestants on Becca Kufrin's season of The Bachelorette had controversial backgrounds. Garrett Yrigoyen, who would go on to get engaged to Becca on the show, faced criticism over "liking" Instagram posts mocking immigrants, feminists, and transgender people. Another contestant, Lincoln Adim, was convicted of indecent assault and battery right before the season premiere for a 2016 incident. While it's unlikely that Tracy's tweets will be addressed on the show, it's certainly something that will continue to come up if and when she progresses in the show.

Related:
The Bachelor: Everything You Need to Know About Colton’s Upcoming Season
Previous Next Start Slideshow
The BachelorTVColton Underwood