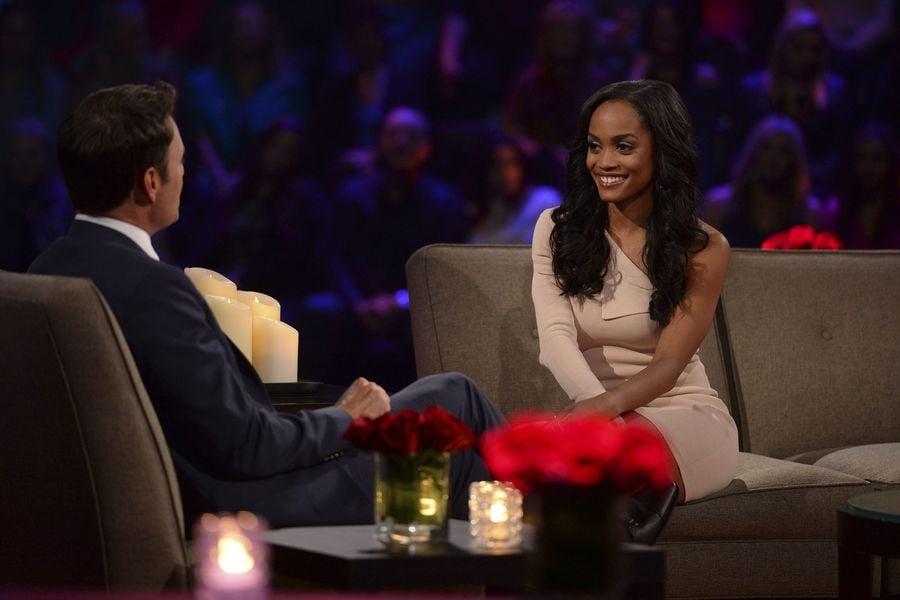 The Bachelorette begins on Monday night, and this year, there are a lot of things to look forward to. Not only is fan favorite Rachel Lindsay taking on the role, but her appearance also makes her the first black Bachelorette in the show's history. As if that wasn't exciting enough, we already know a handful about the men who will be vying for her heart. Get the scoop on the upcoming season here.

Rachel is crushing it. Get ready. #TheBachelorette pic.twitter.com/qSvoys9CPj

The Contestants Have Been Revealed

During the "After the Final Rose" special of The Bachelor, Rachel was surprised with four of the men competing for her heart next season. While some of the exchanges were downright awkward, some men had some real chemistry with the Bachelorette. She then went on a group date with six of the men on The Ellen DeGeneres Show, and ABC revealed the full slate of guys.

She rose to the top. 🌹 Here's a peek at @TheRachLindsay's key art as #TheBachelorette! pic.twitter.com/UsXA2R6YfE

The week before the premiere, Rachel admitted that she got engaged at the end of the show. Can't wait to find out who the lucky guy is!

Image Source: ABC
The BacheloretteTVRachel Lindsay
Around The Web

Jason Sudeikis
Jason Sudeikis Thanks Olivia Wilde For Pushing Him to Make Ted Lasso: "She Was Right"
by Victoria Messina 18 hours ago