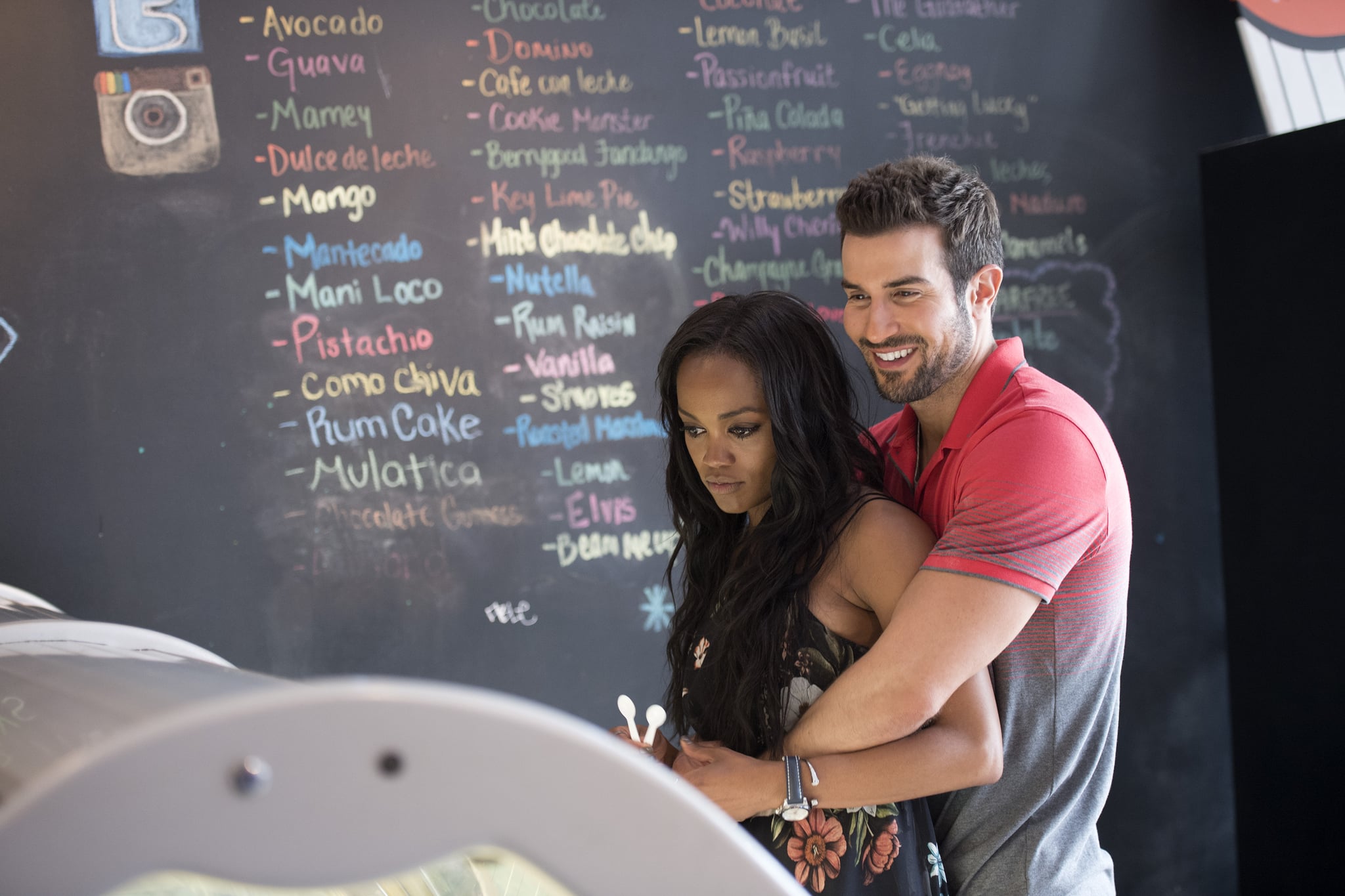 We did it, The Bachelorette-lovers! Another season has come and gone, and suddenly there's an empty place in our hearts. But one guy's heart is very, very full, as Rachel Lindsay confessed her love to him! Congratulations to Rachel and Bryan!

Right there on a beautiful hill overlooking Spain, Bryan gave his whole I'm-in-love-with-you-and-want-you-as-my-wife speech and whipped out a Neil Lane rock the size of the iceberg from Titanic. Rachel said "yes" and presented him with her final rose.

The final three men were Eric, Peter, and Bryan, and they all got overnight dates in the Fantasy Suite (ooh la la!), but ultimately she could only choose one. Rachel first said goodbye to Eric, which was a total shock because he was the most open about his feelings. It was also shocking that Rachel brought Peter to the final two since she said that she came on The Bachelorette for a husband, not a boyfriend, and he expressed his hesitation with getting down on one knee.

Rachel went to Peter's room for a final discussion on the whole proposal issue. She said that she was worried he would never be ready for marriage, even though he constantly reinforced that he sees a future with her and wants to continue their relationship. Talk about a dilemma! But ultimately, Peter couldn't see himself proposing to Rachel the next day — and apparently she wouldn't have it any other way. So the two broke up. Both of them cried and it was raining, of course, so the scene couldn't have been any more dramatic.

So with Bryan being the only guy left, it's natural that #BachelorNation would question if she would have chosen him if Peter had wanted to propose. But I guess we'll never know! Here's to happily ever after.

Netflix
Manolo Cardona Teases the Arrival of a "Very Important Character" in Season 2 of Who Killed Sara?
by Monica Sisavat 1 hour ago

Freeform
Cruel Summer Isn't Based on a True Story, but It Very Well Could Be
by Monica Sisavat 4 hours ago

Music
American Idol: Casey Bishop's "Over the Rainbow" Performance Is a Little Slice of Serenity
by Victoria Messina 9 hours ago