Comic-Con is always marked by a few special surprises, and one of the biggest from this year's event was the unannounced presentation of Batman v Superman: Dawn of Justice. Director Zack Snyder came out to present some footage, and then he introduced some very special guests: Ben Affleck, Henry Cavill, and Gal Gadot — aka the Batman, Superman, and Wonder Woman of the 2016 film. Since you may not have been in Hall H with me, I've got everything you want to know about what we saw and what you missed. 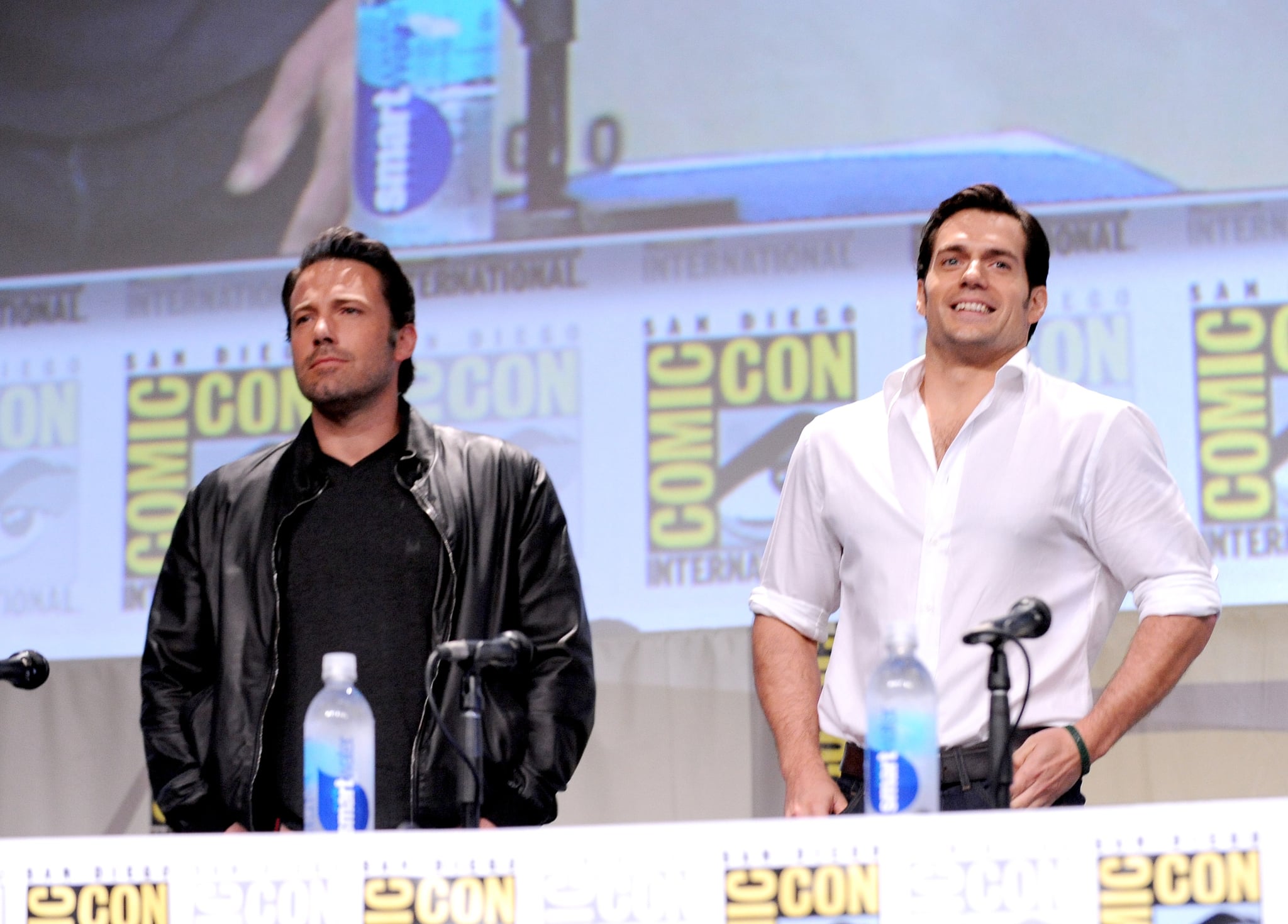 The footage we saw didn't seem like an actual teaser, but it did seem like a key scene for the movie because it's one in which Batman and Superman (first?) interface. We see Affleck's Batman cranking on the bat signal in the rain, and it's more of a look at the costume than we've gotten in the official pictures so far. (And yes, I agree with the latest criticism of the most recent picture: those ears seem awfully short.) Though brief, the interaction does not look friendly: Superman (Cavill) flies down to confront Batman, his eyes glowing red. No words are exchanged.

While Snyder spoke, giving us an update to say that they were shooting and very busy, when Affleck, Cavill, and Gadot (whose first image as Wonder Woman was just revealed) walked out, they didn't say a single thing (though they did happily pose for a selfie with panel moderator Chris Hardwick). Maybe to prevent them from revealing any spoilers?