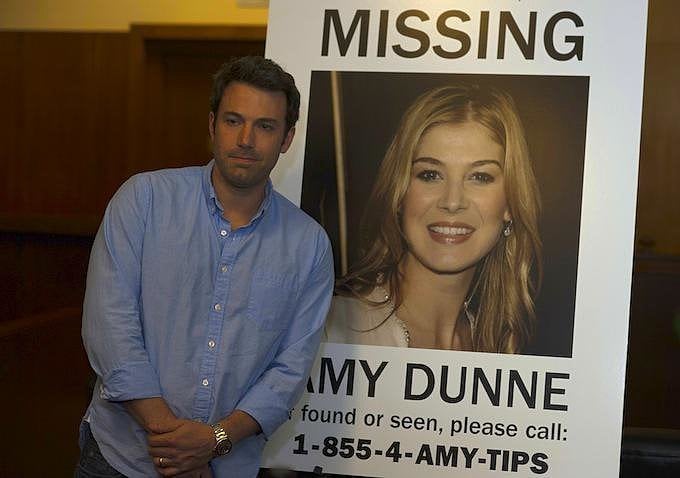 Ever since Ben Affleck talked about his "very brief nudity" in Gone Girl, the Internet's been buzzing about what, exactly, is shown in the movie. The conversation started earlier this week, because in an interview with MTV, Affleck mentioned that "the penis is in there," joking that it looks better in 3D. Across the web, people started asking the (pun intended) hard questions: Is it a full-frontal scene? What kind of angle(s) are we talking about? How long is it on screen? Well, after seeing the movie ourselves, we can confirm that the penis visual definitely happens, but it's really, really fleeting — as in, blink and you might miss it.

In fact, that's precisely what Us Weekly said, with the film critic lamenting that she missed the moment not once, but twice. Meanwhile, Gawker provided a visual of what viewers should expect from Affleck's nudity, explaining exactly what his penis looks like and calling the short scene "the definition of a c*ck tease." If you're determined to see it, though, don't stress, because Vulture offers a how-to on seeing Affleck's penis, outlining the 10 steps one must take to prepare for the scene.

Before you see the movie, which comes out this weekend, find out if Gone Girl is worth the hype, then see how the Gone Girl ending is different than in Gillian Flynn's novel.