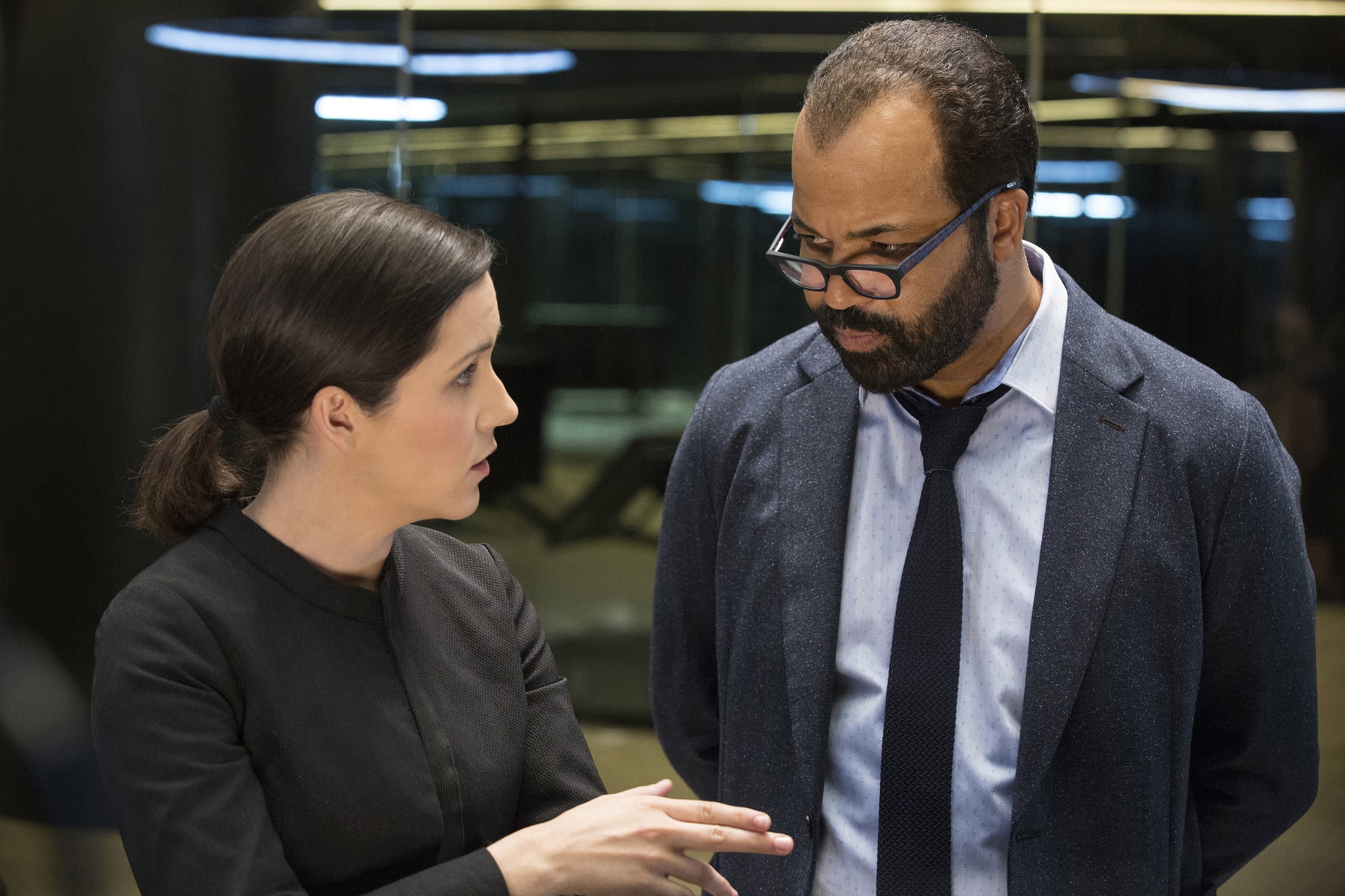 After Westworld threw us for a loop in the premiere episode, we can no longer trust that those presented as guests to the park are, in fact, humans. But what if the deception goes even deeper? It occurred to me while watching that first episode that Bernard seems so poised, so practiced . . . could he be an android? I'm not alone, the internet has been buzzing about the idea that he may be one of Ford's most advanced creations. There have been offhanded comments that support the theory, as well as wrenches — particularly in the latest episode. Here are all the hints and clues we've caught!

Bernard is an interesting case, to be sure. However, I've also noticed that "android humor" seems to be very popular among employees. Elsie jokes with Stubbs that she's surprised they let him carry a weapon, since only some androids are given weapons privileges. Meaningless remark or clue? I'm willing to bet that not all the humans are as real as they appear, but for now, Bernard is my primary suspect.