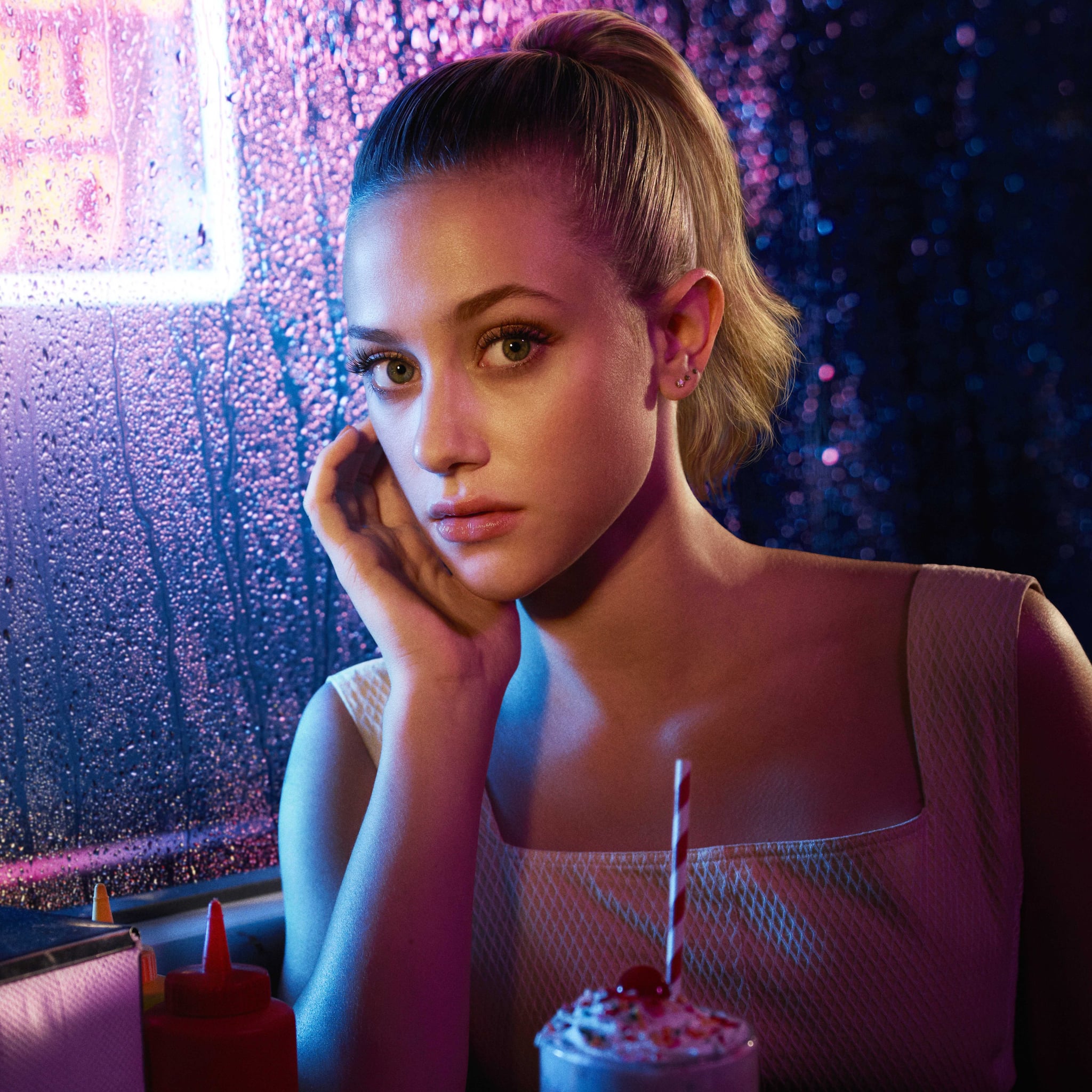 Betty Cooper is not to be trusted. During our short time with her on Riverdale, we've clocked her borderline obsession with Archie Andrews, her infamously "crazy" family, and her role as the resident good girl. It's clear that nothing is as it seems in the small town; secrets beget secrets, and crime and discord lurk constantly in the shadows. Oh, and Jason Blossom, one of the most popular students at Riverdale High, is dead. We have plenty of murder suspects to keep us busy, but I'm not fooled by one of the most innocent-seeming characters in the bunch. You guessed it: I think Betty Cooper is our cold-blooded killer, and I have more than a few reasons to help explain it.

By now, it's no secret that Betty has a vendetta against Jason Blossom. She believes he's the reason her sister, Polly, landed in the mental hospital. It's true that Jason's sinister involvement in Polly's break doesn't come to light until the group finds the football team's "playbook," but it's clear that Betty had blamed Jason long before his involvement with Polly was confirmed. We learn that in the very first episode.

Granted, details surrounding Jason's murder are very sparse. At this point, we only know the whereabouts of a handful of people on that day: Archie, Ms. Grundy, and Cheryl. We'll probably get more as the weeks roll on, but for the time being, we don't know what Betty was up to.

You mean Betty? The cute, blond girl-next-door type who's all sunshine and rainbows? Betty seems sweet. In fact, of the whole group, she's the person I'd probably suspect the least. And, well, isn't that always the person you should suspect the most?

There have been a few Betty outbursts in the show so far, but one in particular sticks out. Remember when Cheryl Blossom is casually hanging at the Cooper residence? Cheryl says something about Polly that sets Betty off, and Betty fully snaps, then tells Cheryl to get the hell out of her house. With a temper like that and an easy trigger, there's no telling what Betty may or may not have done in the heat of the moment. 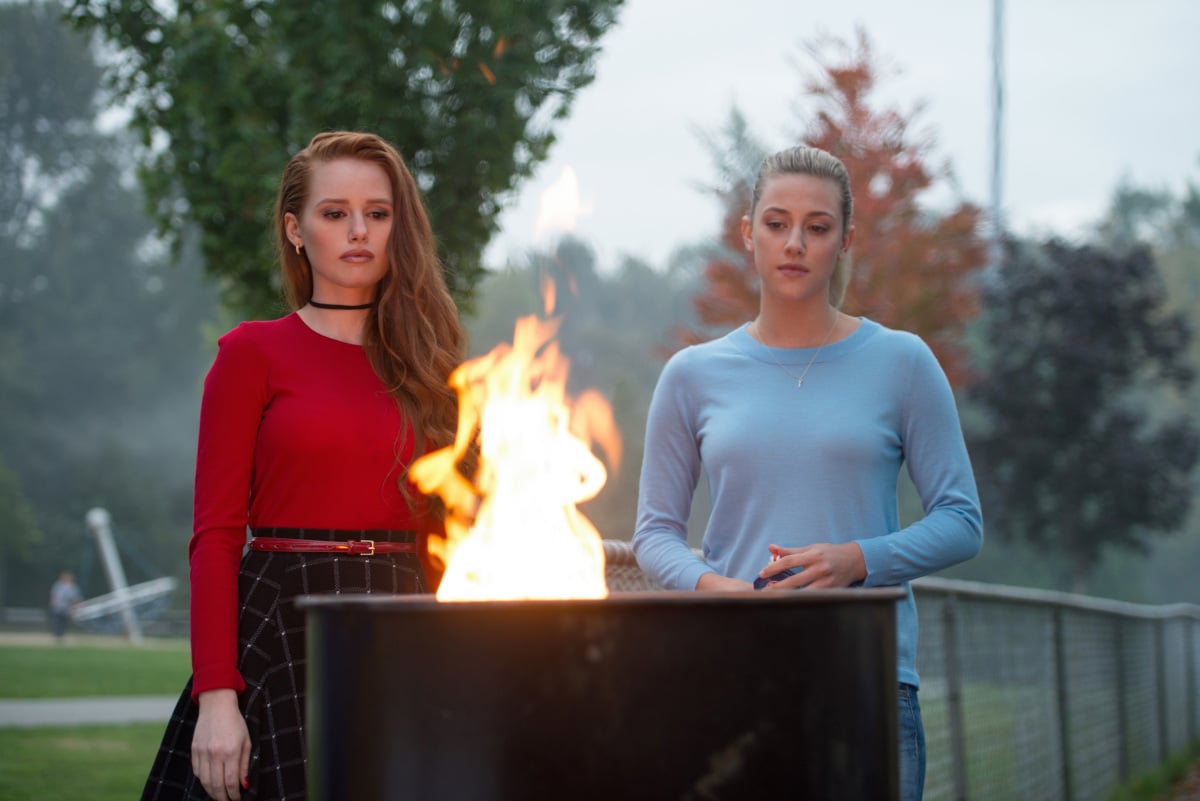 5. She Has a Dark Side, Is Possibly Crazy

We can't pitch Betty as a suspect without bringing up her "full dark, no stars" moment. In "Chapter 3," she and Veronica plan to get back at the captain of the football team after learning about his slut-shaming history. They concoct this plan to make him confess to what he's done, and Betty goes all in. She has an entirely different look, complete with a jet-black wig — like full Velma Kelly in Chicago! It's like she's another person. Later, she takes the torture a little too far by amping the jacuzzi heat up to 115 degrees and pouring maple syrup all over the victim. She seems to believe she is Polly. Veronica gets super uncomfortable and begs her to stop. Isn't this ringing any major alarms for anyone else?

6. She's Trying to Find Someone to Blame

In "Chapter 4," Betty seems almost desperate to believe that Ms. Grundy murdered Jason, so much so that she goes to great lengths to implicate her. If Betty were the killer, it would make even more sense that she'd take it upon herself to find a scapegoat. Then she doesn't have to face the consequences of what she's done.

7. Her Family Clearly Is Hiding Some Dark Secrets

Let's hone in on that telling scene in "Chapter 4." Betty, her mother, and Archie's dad all find Archie and Ms. Grundy together, and all the drama unspools from there. But it's Betty's words that cause the most concern. If her mother tells anyone about Archie's secret, Betty vows to say she robbed Ms. Grundy and made it all up. "It will be like I finally snapped," she says. "Like Polly. It will prove what everyone thinks about us. Crazy runs in that family. Like mother, like daughter."

The Theory, in Conclusion

So, here's what I think. Maybe Betty's little alter ego is more than just a fun disguise for torturing football jocks. I think she has a split personality — one that she's not even aware of — that may have developed from the trauma of her sister's breakdown. I think there's a chance Betty doesn't know she murdered Jason. She blacked out on the Fourth of July, then Dark Betty took hold and murdered Jason Blossom. It's crazy, but it's exactly the kind of twist a soapy teen drama like Riverdale could pull off.

TV
If You Love Ted Lasso Like Dani Rojas Loves Football, Try Out These 14 TV Shows Next
by Amanda Prahl 21 hours ago