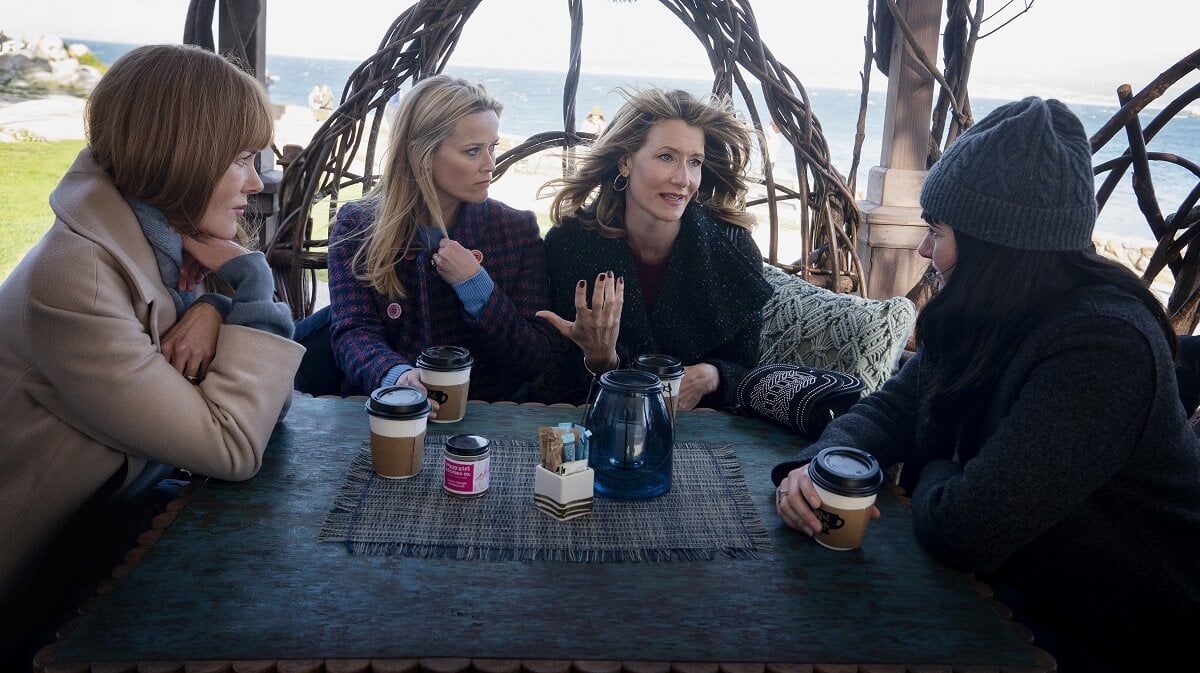 It's safe to say that we're more than a little excited about the big return of Big Little Lies. With intriguing new characters (hello, Meryl Streep!) and insane new drama, the second season of the hit HBO show has sparked tons of speculation — especially since this season will be continuing the story of Liane Moriarty's original novel (which means we have no idea what will happen next!). Moriarty did pen the new story that season two will be based on, so you can rest assured that it is just as juicy. She and the Monterey mom-squad are divulging as little information as possible, but here's what we've gathered so far about what we can expect when the latest season premieres in June.

If you've been dying to know more about Bonnie (who's played by Zoë Kravitz), then you're in luck. Bonnie's character development was explored much more in Moriarty's novel than it was on season one, detailing her complicated childhood history. When Moriarty first spoke about her ideas for the second season, she said that developing the untold story of Monterey's hippest mom was one of her first instincts. "The obvious thing is, first of all, I think we could bring in more of Bonnie's story from the book," she told The Sydney Morning Herald.

Kravitz also mentioned that she's glad to see Bonnie getting a larger role. "Now [we're] revealing who she is, why she is the way she is, and why she did what she did," she told Refinery29. "I don't think you will be disappointed." One thing we know for sure: we're going to meet Bonnie's parents. Though they unfortunately won't be played by Kravitz's real-life parents, Lenny Kravitz and Lisa Bonet, we'll instead get to see Martin Donovan from Weeds and newcomer Crystal Fox take on the roles of Martin and Elizabeth Howard.

2. Renata Gets Welcomed Into the Fold

It seems that trouble-making mom Renata (played by Laura Dern) will finally put aside her differences with the other Monterey mothers and join their girl gang after what went down at the end of season one. As Laura Dern said, it's "thrilling for Renata to have any friends," since the usually abrasive mom will finally get a chance to open up for once. Reese Witherspoon added that it's "really cute" to see Renata bonding with the other ladies, breaking down the divide between the working moms and stay-at-home moms. "Dern's character is so excited that she has girlfriends!" she said. "And she wants to hang out and drink wine." Don't we all?

Wait just a second — isn't Perry dead? Though Alexander Skarsgard's character, Perry Wright, seemingly died at the end of season one, the actor was playfully cryptic when asked on the Golden Globe Awards red carpet if he'll return for the series' second season. "I don't even know if I'm really dead or not," he said. "I feel OK right now but we'll see." Skarsgard confirmed the rumors that he appeared on set for season two on The Tonight Show, but he was tight-lipped about whether his character appears as a flashback in the second season or even at all. "I don't want to get in trouble," he told host Jimmy Fallon. "I was on set, yes. But I can't disclose what I did on set." It sounds like we haven't seen the last of Celeste's despicable husband.

4. Celeste and Her Mother-in-Law Get Close

If you haven't already heard (where have you been?), Meryl Streep is taking on the role of Mary Louise, mother of Perry and mother-in-law of Nicole Kidman's Celeste, who comes to Monterey looking for answers about her son's death. Though it looks like Mary Louise and Witherspoon's Madeline will have a major showdown involving an ice cream cone, she and Celeste might actually bond despite the tension involving Perry's death. During the show's panel at the 2019 Winter Television Critics Association press tour, Streep kept pretty quiet about the dynamic between Mary Louise and Celeste, but when Kidman turned to her and said, "You love me," Streep agreed. "I do love you and I do love her," she said. "And that's the only thing I'll tell you."