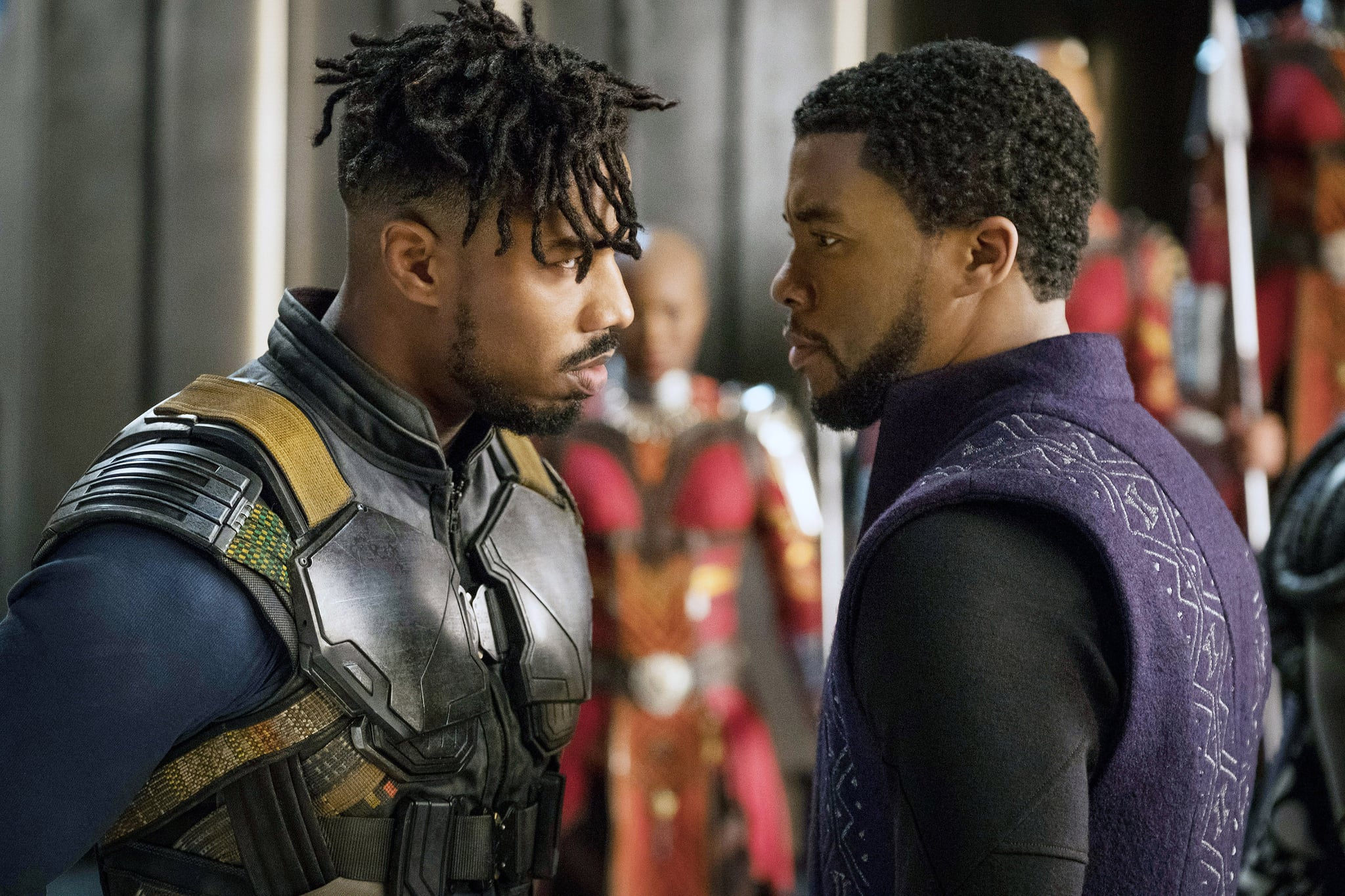 On Thursday, Ryan Coogler's Black Panther received its first negative critique, dropping Marvel's latest superhero film — which has been universally praised up until this point for its diversity, originality, and characters — down from 100 to 99 percent on Rotten Tomatoes. As expected, fans are livid.

Now, listen: it's the prerogative of any film critic to be honest about their opinions. To critique the flaws of any film is their literal job. But it's what Ed Power at the Irish Independent dinged the movie on that has people upset, not simply the fact he dared to give it a less than perfect score to begin with. In his Thursday review, which gives the movie three out of five stars, Power's only gripe appears to be the Wakandan superhero's lack of action.

"What he doesn't get to do much of is jump around beating-up bad guys," Power writes. "That's a shame. Marvel has finally given us an African superhero. The hope surely was that he would be allowed do superheroic things."

Yes, the movie now has a less-than-perfect score because T'Challa apparently doesn't beat people up enough. For that reason, Black Panther fans have awarded the review zero out of five stars, as you can see ahead.

Related:
Travel to Wakanda With Over 60 Glorious Photos From Black Panther

This one negative reviewer of Black Panther gave it a rotten because T’Challa doesn’t beat up enough “bad guys”. Really my dude? pic.twitter.com/8fupQDhTpQ

i don't like Birdman because I found out via Instagram that it is an ex-boyfriend's favorite movie, and this guy's reasoning about #BlackPanther is dumber than that https://t.co/6FP981ocZ5

PFFFT Bad review of #BlackPanther literally was "I don't think he beat up enough people." WTF KINDA LOGIC IS THAT? XD

The guy who gave #BlackPanther 3/5 and destroyed its 100% rating on Rotten Tomatoes waffles through his review, ending stating that there's 'not enough beating up bad guys'.

This review lacks any sort of substance and the writer doesn't actually make any worthwhile points...

Good Morning everyone! (Except people that give Black Panther a bad review on rotten tomatoes)

Black Panther is currently at a 99% on Rotten Tomatoes. The only bad review says "not enough action"...... BRUH! STFU!

"Hmm, I want to give Black Panther a bad review but how? HOW?" *squints at notes for ANYTHING negative* "Ah, not a lot of fight scenes. I will change that to "Doesn't beat up enough bad guys" I'm brilliant".

not so bold prediction: the first critic to write a "rotten" review of BLACK PANTHER will be White.

Let's all side-eye Ed Power with @Independent_ie for being literally the only critic to give #BlackPanther a bad review on @RottenTomatoes. SMH#BlackHistoryMonth

Tom Hiddleston
Will Loki Be in "Thor: Love and Thunder"? Here's What We Know
by Amanda Prahl 4 hours ago