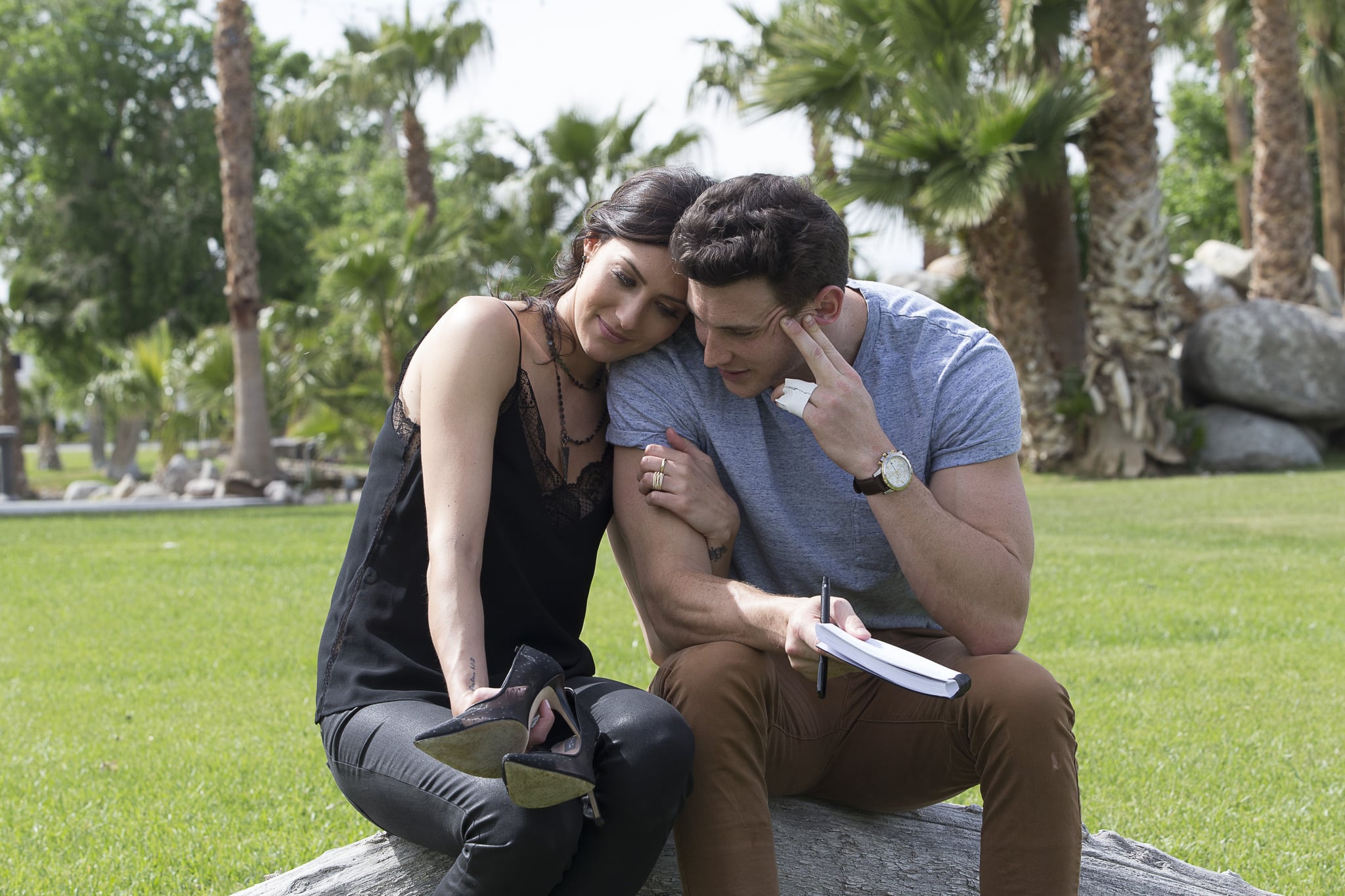 Once in a while on The Bachelorette, we're taken out of the glitz and glamour of the show and shown a piece of the real world. That happened on Blake Horstmann's hometown date with Becca Kufrin. During the date in Bailey, CO, Blake opened up about a tragic experience that impacted him in a strong way. He took Becca to his alma mater, Platte Canyon High School, and opened up to her about a horrific event that occurred while he was a student there.

Blake was a senior at the high school — his sister was a freshman there at the time — when he heard his mother's voice over the intercom. His mother, who worked at the school, was calling a "code white," indicating there was an urgent crisis on the campus. Blake explained that he and the other students didn't really know what was going on at the time but stacked desks and chairs inside the classroom. The SWAT team entered the school and slid a badge under the door to prove their identity and then took everyone out of the school.

The 2006 shooting occurred at the hands of 53-year-old Duane Morrison. According to CNN, Morrison sexually assaulted students, and he was holding a 16-year-old girl hostage. When the SWAT team entered the room, the girl tried to get away and Morrison shot her in the back of the head, killing her, according to reports. The gunman then took his own life. The victim had texted her family "I love u guys" in the last hours of her life.

The story is undeniably tragic, and while Bachelorette fans have been sympathetic on Twitter, many agree that it shouldn't have been brought up on the show.