The Giver opens this week, and that means it's time to familiarize yourself with the star of the big-screen adaptation. Brenton Thwaites plays Jonas, the young hero of Lois Lowry's famous novel, opposite Jeff Bridges. If you haven't heard of him, you probably didn't catch his run on the Australian soap Home and Away — the same show on which Chris Hemsworth, Isla Fisher, and Guy Pearce got their big breaks. He also turned up in Maleficent this year as Prince Phillip, but when we caught up with him recently, we really just wanted some intel on The Giver. Don't be jealous, but he totally jammed out with The Dude. 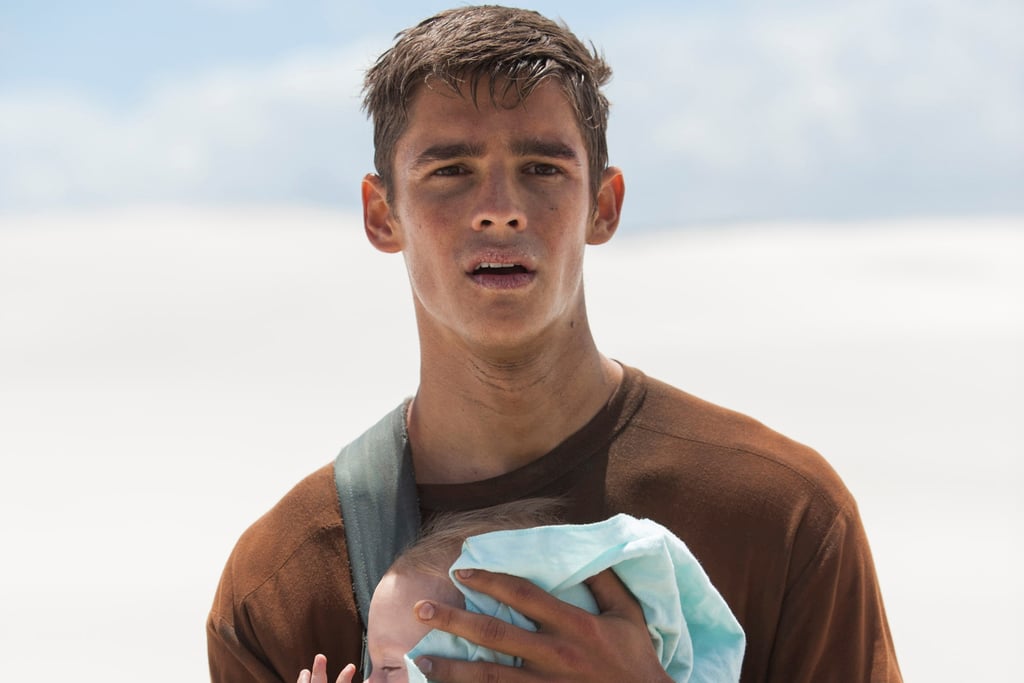 POPSUGAR: Did you have any hesitation signing up for an adaptation of such a beloved book?

Brenton Thwaites: No, my only concern in the beginning was my age. We worked that out by aging Jonas up a bit from the book.

PS: How do you think aging up the character of Jonas adds to or detracts from the story?

BT: Hopefully it won't detract at all!

PS: What was your favorite day on the set?

BT: I have a lot of fond memories with Jeff, he is so kind and giving — pun intended. He has so many different creative channels. I switched into a few of those channels and we jammed. I'd say the best moments for me were when Jeff, Lloyd (Jeff's stand in), and I all got our guitars out and started jammin' the blues. Magic.

PS: Who did you spend the most time with on set?

PS: What was the most surprising change from the book to the movie?

BT: The sci-fi element of the community is featured a little more in the film than in the book; I think that's a pretty addition. Also, I'd say that the action raises the stakes of the story. It helps us feel that Jonas is really outnumbered in his community and that one minute failure could lead to death. Also, all the running, riding, and climbing kept me fit . . . for a while.

PS: If you could star in any other big-screen adaptation, what would it be?

BT: The Alchemist by Paulo Coelho.

PS: What has been your favorite movie of the Summer so far?

BT: Honestly, I haven't been able to see any of the Summer films. I did get to see Maleficent while I was in LA, but that's the last movie I've seen. Ask me again in the Fall!

If you haven't already, check out the Giver trailer, and if you don't know much about the book, get educated.

by Grayson Gilcrease 1 minute ago