The Giver isn't even out in theaters yet, but filmmakers are already talking about a sequel (or two!) to the dystopian tale. In case you weren't in elementary school in the late '90s, the movie is based on a famous 1993 book by Newbery Medal-winning author Lois Lowry. I recently chatted with the 77-year-old writer about the novel's long, long journey to the big screen, the decision to turn her 12-year-old hero into a teenager, and what's next for her after the movie is released. In case you haven't already, you may also want to learn everything about The Giver and watch the trailer before the film's Aug. 15 release date! 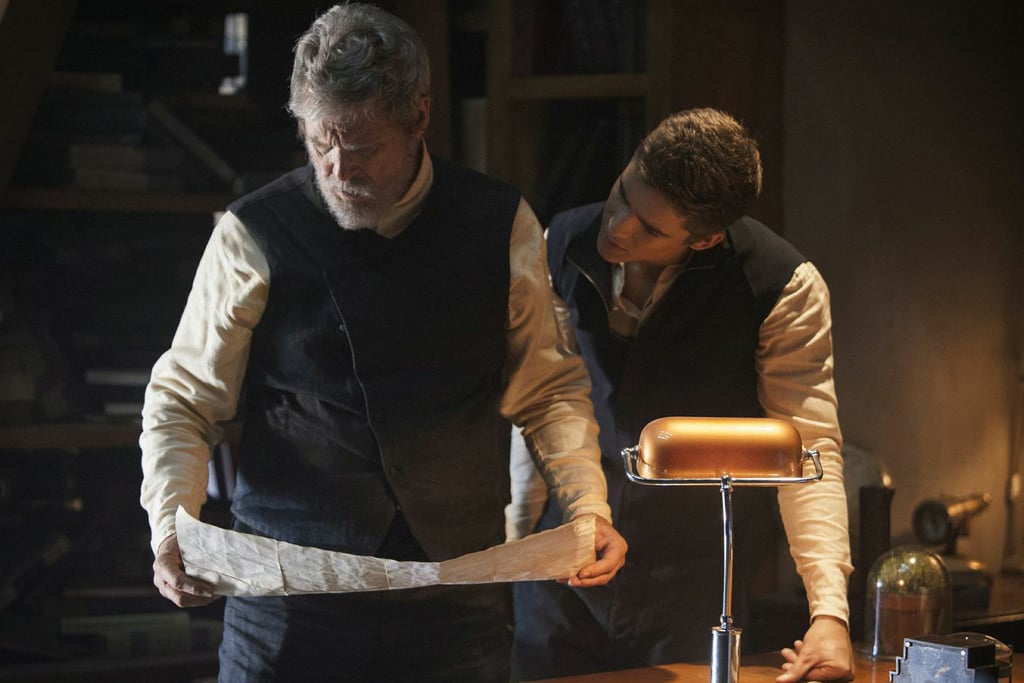 POPSUGAR: This movie has been nearly 20 years in the making. What have been the most frustrating and the most exciting parts of this long process for you?
Lois Lowry: Well, golly! Jeff Bridges [who is playing The Giver] has been involved since the beginning, and that's been exciting all the way through, because I had such admiration for him. Over the years, we've become friends, and he's a genuinely good human being who was passionate about the book, so I felt as if it was in good hands. The excitement of course ratcheted up when, finally, a year-and-a-half or so ago, it became clear that a movie was actually going to be made. There were times when everybody felt as though it just wasn't going to happen, and then all of a sudden everything fell into place together! Then when the casting started, and when Meryl Streep signed on . . . It's been nonstop exciting since then.

PS: How involved were you in finding Michael Mitnick and Robert B. Weide's screenplay?
LL: There have been, over the years, probably five, maybe six, screenplays written, and I've read several of them. Each of them was a screenwriter attempting to take a book that is largely introspective and to add action to it, so it was quite a demanding and daunting task. Elements of each of those screenplays probably moved forward and became part of the next one. There are things that I loved in each one, and now they all kind of blur together in my mind. I think we emerged in the end with the best possible combination of things and a fabulous cast. It's all fallen into place very nicely.

PS: There are some obvious changes made from the book to the film, such as Jonas aging up a little bit. What would you say to readers who may be concerned about those changes?
LL: I was concerned about it myself, because I had always thought of Jonas and his two best friends as 12 years old, and suddenly they were teenagers. I asked the filmmakers to please not turn it into a teenage romance, and they have not done that. But because they are teenagers — and very attractive teenagers — there is that element, which in the movie is kind of wistful about a romance that might have been, but isn't. Of course, they follow the plot of the book, so the boy leaves the girl behind at the end, and there's a kind of sadness to that. I think it works well having them a little older, because since they had to add action, there are things that the kids do in the movie that they would have not had been able to do if they'd been 12. I think it will also acquire a larger audience with teenagers in those main roles. It's all going to go together just fine; I'm no longer worried about it.

PS: Have you seen the final product?
LL: I have! I've seen it just this week, and I'm very pleased about how it's turned out.

PS: What scene are you most excited for audiences to see?
LL: I believe this is the first movie that Meryl Streep and Jeff Bridges have been in together, and there is a scene toward the end of the movie with the two of them that is quite stunning. Also the scene with the baby — he steals the show for 30 seconds. There ought to be a special Oscar for babies! I don't know how they got this baby to do this, but he's crying and then he stops crying and looks up and listens. It's just a breathtaking moment.

PS: For those who haven't read the book, would you recommend they read it now or wait until they see the film and read it after?
LL: As the writer, I want them all to rush out and buy the book or take it out of the library. But if they go to the movie first, I think it might propel them to the book. They should do both, though, because they're very different things.

PS: What has been your most memorable fan encounter?
LL: You know, the book has been around for 20 years, and there have been a lot of fan encounters, mostly by email. One that sticks in my mind is a young girl who wrote to ask if she needed my permission — because the book is copyrighted material — to have a paragraph from the book tattooed on her shoulder blade. I told her I didn't think copyrights extended to skin.

PS: Did she send you a picture of that fine product?
LL: Not that one, but someone else has sent me a photo of the cover of the book on her shoulders. It may be on a lot of shoulders out there!

PS: How does it feel having this book that you wrote 20 years ago come back into the spotlight in such a major way?
LL: It's been a long wait for it. Even though sometimes I became impatient over the years, I think it actually serves the movie well that it took so long, because some of the technology that is available to moviemakers now would not have been available 20 years ago. I think everything falling into the right slot at this time probably served it well — but I'm glad it happened before I got too old to enjoy it!

PS: What is next for you?
LL: I've done one book a year for many years, but because of the movie, I have not written a book this year. Once this movie is out and I can stop thinking about it, then I'll sit down at my desk and go back to my real work. Also, although it's too soon to make a decision, because we have to wait and see how the movie does, but they're starting to talk about a sequel. I would hope that they would allow me to be involved with that to some degree as well.

PS: Would you be excited about a sequel, or does the idea give you pause?
LL: It would depend. There are three books that follow The Giver. The fourth book is the one that is closest to my heart — maybe because it's the one I wrote most recently. I would love to see that one made into a film, but I don't know. I'll have to wait and see!