Andy Samberg won his first Golden Globe Award at this year's ceremony, and no one was more surprised than Andy Samberg. The actor has been nailing it on his new comedy, Brooklyn Nine-Nine, which also picked up the grand honor of best comedy series. Samberg was definitely a dark horse among his fellow nominees; Jason Bateman, Don Cheadle, Michael J. Fox, and Jim Parsons were all nominated as well. Meanwhile, the show itself was up against some huge competitors: The Big Bang Theory, Girls, Modern Family, and Parks and Recreation. Are you glad the show and Andy won, or were you rooting for one of the other shows? 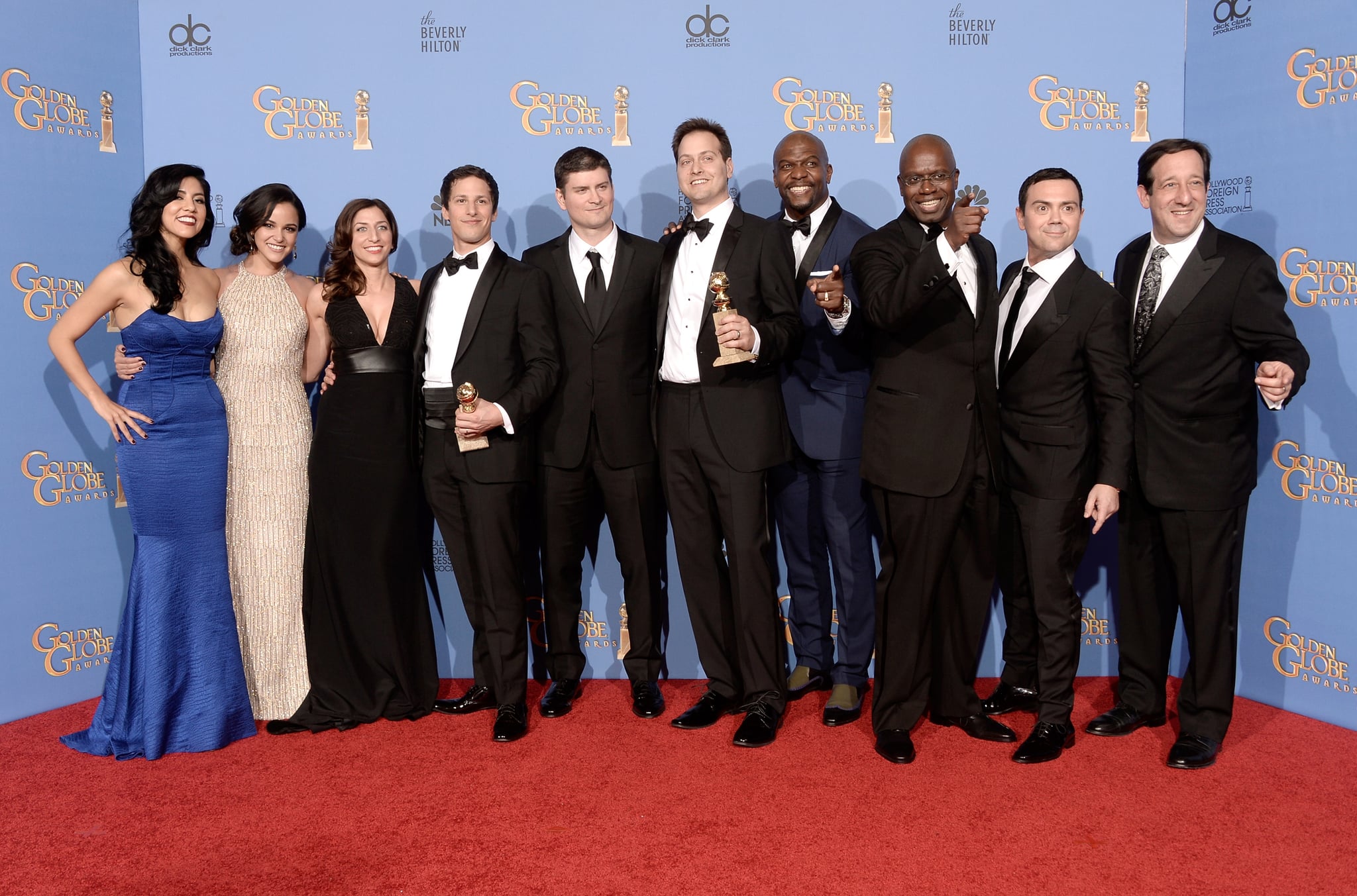