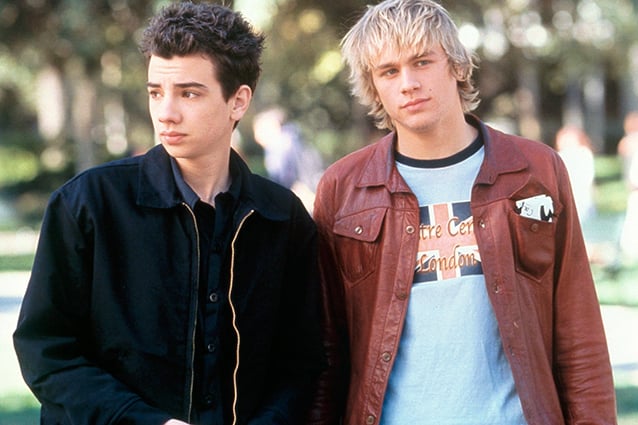 An Important Ode to Charlie Hunnam's Days on Undeclared

Before Sons of Anarchy, this week's Crimson Peak, and before Charlie Hunnam became a bona-fide heartthrob, the sexy Brit appeared on the short-lived TV series Undeclared. Created by Judd Apatow back in 2001, the show followed a group of college freshmen, and along with Hunnam, the series also starred familiar faces like Seth Rogen, Jay Baruchel, and Carla Gallo. As Lloyd Haythe, Charlie played the main character's hot British roommate — a theater major who was all about the ladies. Whether you loved all 17 episodes or never watched the show, relive Charlie's best Jax Teller moments, then take a trip down memory lane with this ode to his Undeclared days, including GIFs, clips, and must-see photos of young Charlie.

Netflix
Will The Watcher Ever Be Revealed? Everything We Know About Season 2
by Megan Hippler 7 hours ago

TV
"TSLOCG"'s Ilia Isorelýs Paulino on Playing Lila: "It's So Exciting to See Full Women Characters Having Fun"
by Njera Perkins 7 hours ago