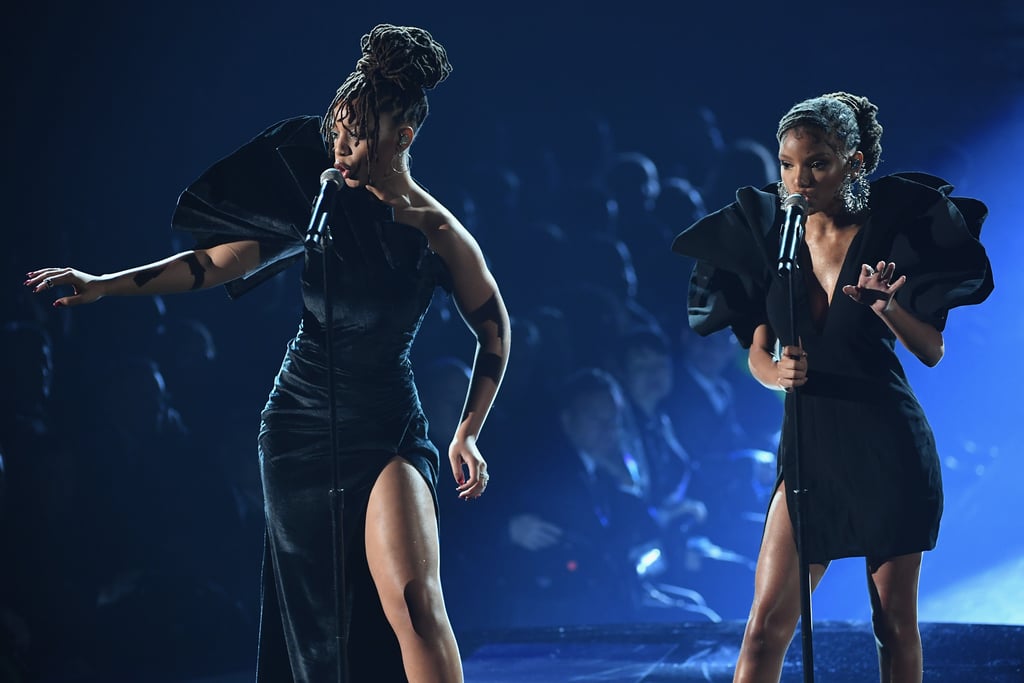 Only a week after delivering a stunning Super Bowl performance and a day after singing at Clive Davis's pre-Grammys party, sisters Chloe and Halle Bailey — better known as the musical duo Chloe x Halle — took their talents to the Grammys stage Sunday night. The sisters both donned gorgeously structured dresses as they performed a soulful live rendition of Donny Hathaway and Roberta Flack's 1972 hit "Where Is the Love."

It's definitely no wonder that the two were signed to Beyoncé's Parkwood Entertainment in 2015 after Beyoncé herself saw their YouTube cover of "Pretty Hurts." The gifted vocalists were also up for two Grammys on Sunday night: best new artist and best urban contemporary album for their 2018 LP The Kids Are Alright.

But we're the real winners, because we got to see Chloe x Halle totally command the stage, and we're still reeling from it. Watch the performance and view more photos of them singing their hearts out ahead!

Related:
Lady Gaga, Drake, Cardi B, and Everyone Else Who Won a Grammy This Year
Previous Next Start Slideshow
Grammy AwardsMusicChloe X HalleAward SeasonTV