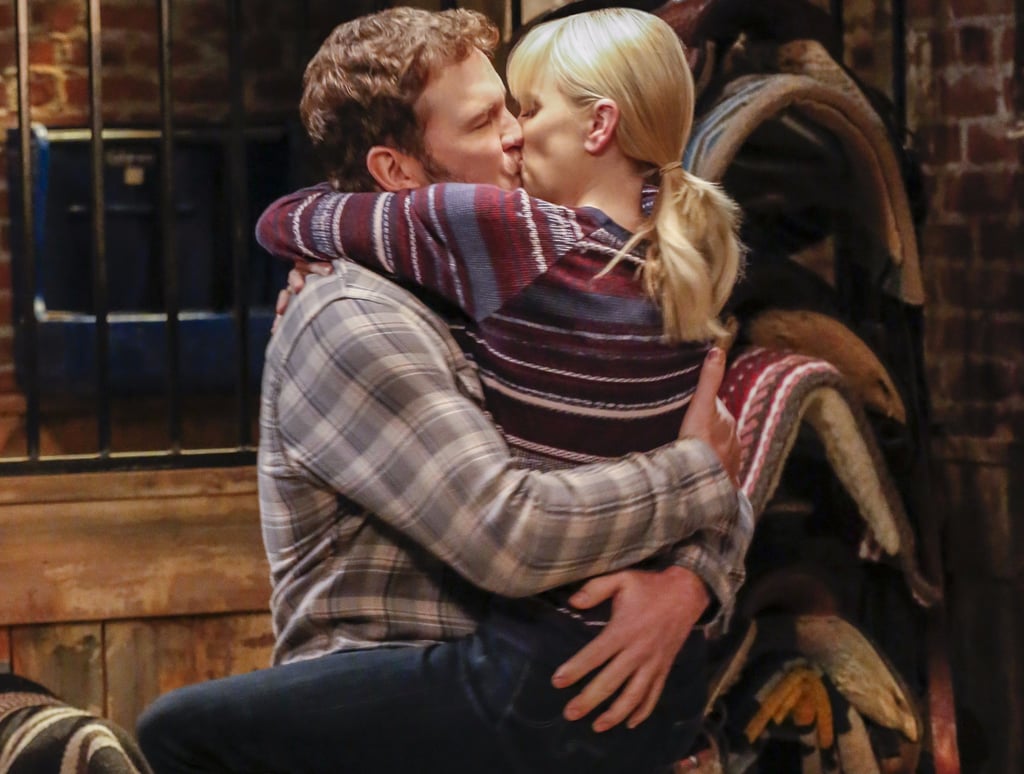 Chris Pratt is appearing on Mom this week alongside wife Anna Faris, and the pictures are even more magical than you can imagine. He's playing Marjorie's "charming" nephew, who Christy falls for even though he's off limits. As you can tell from the pictures, he's quite adept at riding horses, wearing plaid, and making out. We're not drooling, you're drooling! Also, Pratt may or may not be reviving Mouse Rat from Parks and Recreation. Happy birthday to us all. The episode airs on Thursday, and Faris and Pratt have preemptively tweeted about it.

I had the greatest time driving to work everyday with my wonderful husband @prattprattpratt -please don't vomit I love you guys https://t.co/QXH8brKFE4

Acting alongside Anna again (this time on stage with a live audience) was a dream come true!! Be sure to tune in thursday night. @MomCBS