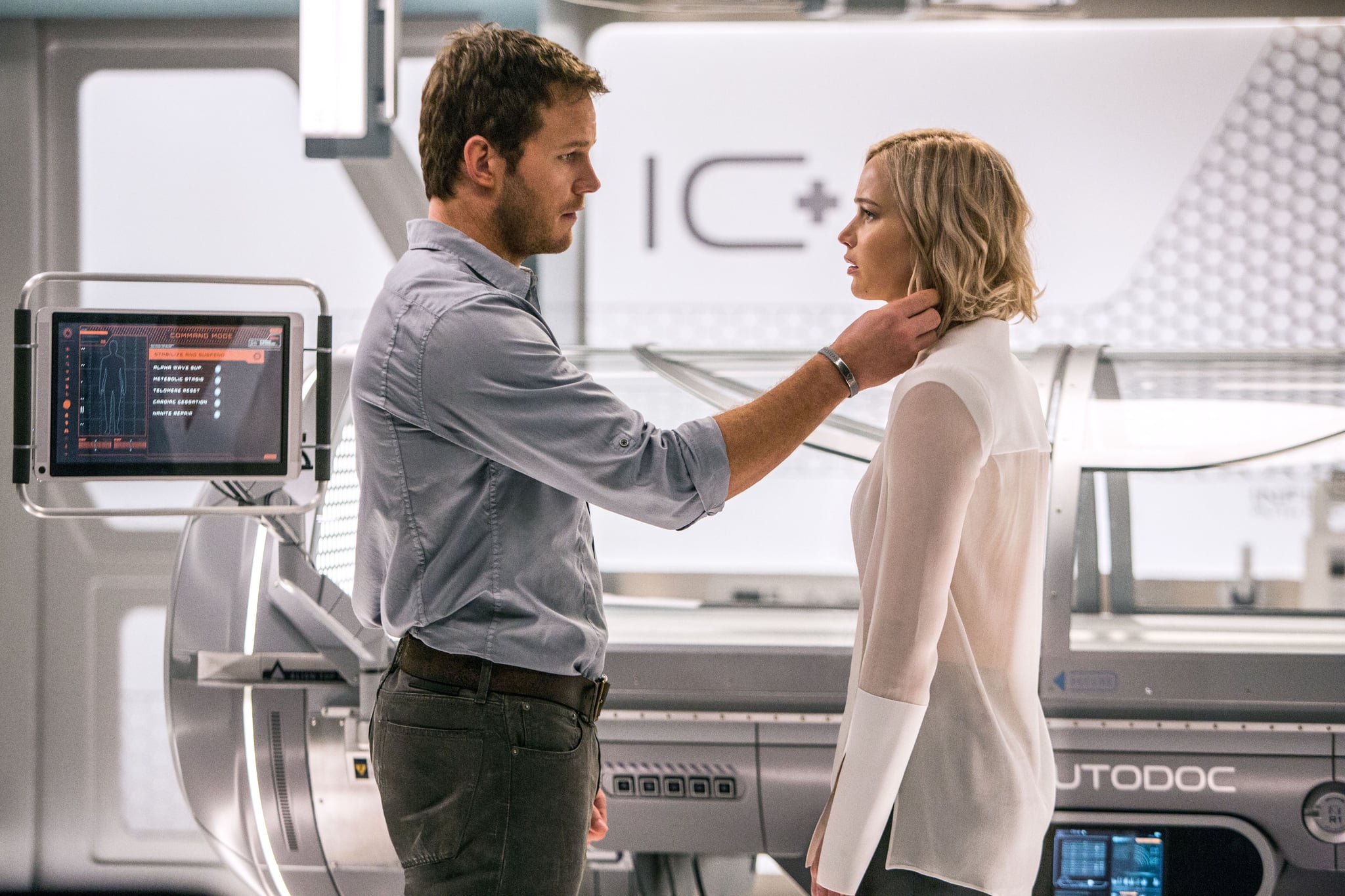 Passengers, the new space romance starring Chris Pratt and Jennifer Lawrence, hits theaters this Friday! We've been getting plenty of real-life delights from the costars during their worldwide press tour, including (but not limited to) some words of praise from Chris and a harrowing round of playground insults. At a recent press junket, though, we also got something else: a hilarious behind-the-scenes story! Read as the two recount their hilarious "sexy" blooper below.

Related:
Chris Pratt and Jennifer Lawrence's Chemistry Is Out of This World in the Passengers Trailer

POPSUGAR: What was a moment during filming that was supposed to be sexy but turned out really awkward?

Jennifer Lawrence: Probably when we tried to kiss after our first date. We were in our space suits, and we didn't realize that our spacesuits wouldn't allow us to do that. So the director called action and we just like — CLUNK — ran into each other.

Chris Pratt: Like two rams on a mountain top.

JL: My mouth was wide open.

CP: Wide-open concussion mouth. It was like, "Well, we better figure this out."