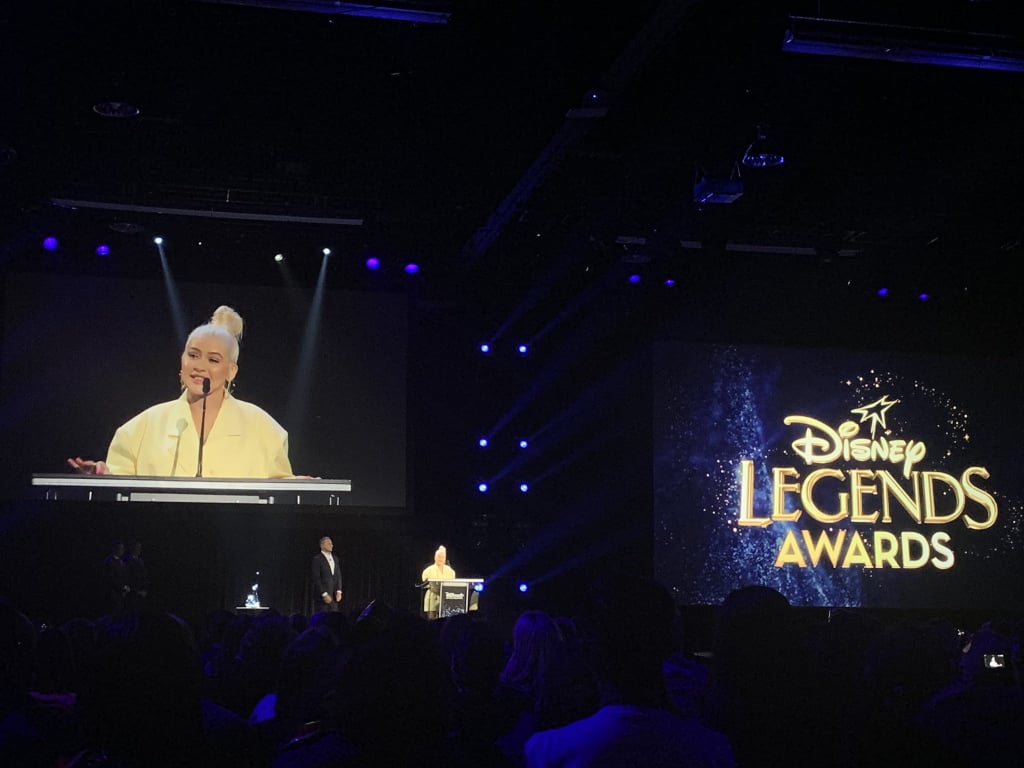 Christina Aguilera just brought honor to us all with her angelic performance of Mulan's "Reflection" at the D23 Expo in Anaheim, and Mushu would be so proud. Aguilera proved herself to be a true Disney fan, hitting all the high notes of her 1998 Mulan classic during the Disney Legends Ceremony Friday morning. The crowd even gave her a standing ovation!

Immediately following her performance, Aguilera was inducted as a Disney Legend, which sent her into screams of happiness, according to Entertainment Weekly. "This is way cooler than a Grammy, I just have to say!" Christina said during her acceptance speech. "This is so special, I'm like shaking . . . I've been holding back tears all day."

Aguilera went on to say that the song's meaning holds a special place in her heart. "It's an important message that promotes to live your truth," she said. "It's all in the lyrics. To live your truth, to show who you are, to be brave, to be a fighter. And now these are messages that I can pass on to my own son and daughter, who are fans of the movie. The messages still hold true and they're timeless. It's not your gender or anything outside yourself that defines you. What defines you is who you are inside."

Taylor Swift
All the Signs Taylor Swift Has a Secret, Unreleased Album From 2016 Coming Soon
by Olivia Luppino 12 hours ago