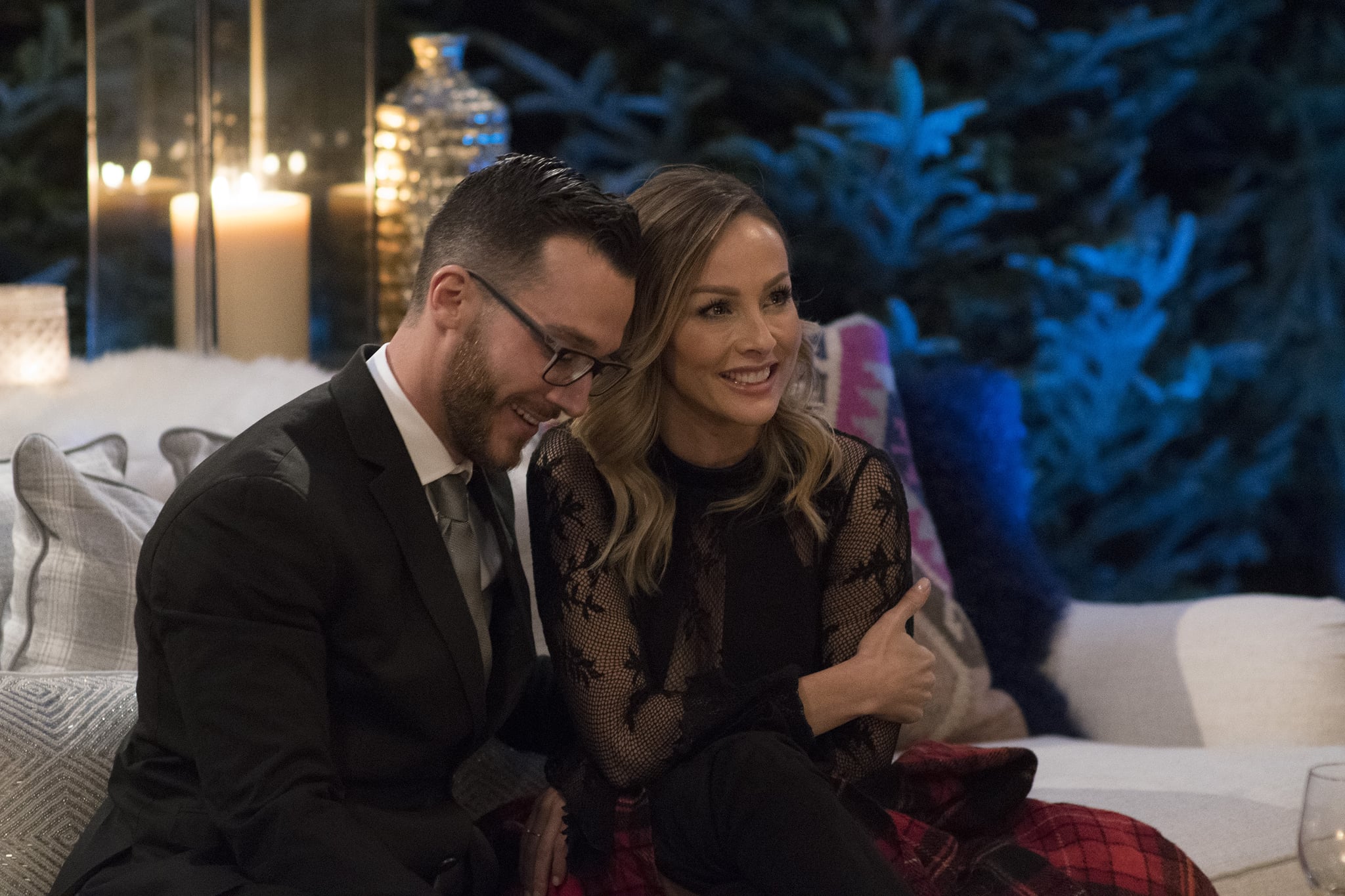 After viewing the first episode of The Bachelor Winter Games, there are already a lot of couples we didn't see coming. One duo even started making out on the first night they met — it's The Bachelor, so we're only slightly shocked — but it's Clare Crawley and Benoit Beausejour-Savard that we can't stop thinking about.

For those of you who don't remember, Clare was initially from Juan Pablo Galavis's season of The Bachelor (season 18) and things got intense towards the end. Clare had an ocean hookup with Juan Pablo, which caused a lot of controversy, and when she was cut in the final rose ceremony, she told him off with grace and fire.

Benoit on the other hand hails from the Canadian version of The Bachelorette. He was on season one of the show, and even though he is representing Canada, he's already wooed the ladies with the fact that he speaks fluent French . . . he's French-Canadian, eh!

Clare and Benoit seemed to have an instant connection as the inaugural season of Bachelor Winter Games debuted, and the chemistry continued to grow throughout the episode. The two cooked together, and Benoit stole a few kisses. Although the couple seemed to be heating things up, by the end of the evening Clare made it clear that she had eyes for another contestant, the German "athlete" Christian Rauch, and we have a lot of questions.

While we are definitely getting strong vibes from Clare and Benoit, based on the teasers for this season, there is a serious amount of drama that will surround these two . . . and a love triangle is at its core.

Related:
The Bachelor Winter Games: Everything You Need to Know About Clare

"Being in a love triangle was something that I thought would never happen on any of the shows, so it was definitely something new for me, and I didn't expect really any guy to be interested in me," Clare told Entertainment Tonight ahead of the show's premiere. "I felt like I was going to be the old lady in the group . . . It was a pleasant surprise . . . I'm a very private person, so I think in the public eye, it appears I've just been doing no dating [these last few years off-camera], but as a matter of fact, I've had some pretty serious relationships . . . but I'm not one to settle."

With the love triangle confirmed and the obvious connection between Clare and Benoit, we're hoping the two are together when the show wraps — aka now — but we can't be one hundred percent certain, at least not yet.

When it comes to social media, there aren't any pictures of Clare in Canada or Benoit in California, but we're not ruling out the fact that they could be a real-life item. In fact, their channels are so clean and focused on anything but love that they could be hiding their budding romance from the world, which would mean they are together.

Unfortunately, only time will tell if these two can outlast Bachelor Winter Games and the love triangle that is beginning to take shape. The good news is that the teaser for this season shows even more lip-locking between these two, and we're taking that as a major sign that they might make it.

Netflix
An Update on Where Dr. Donald Cline From "Our Father" Is Now
by Pallavi Bhadu 32 minutes ago